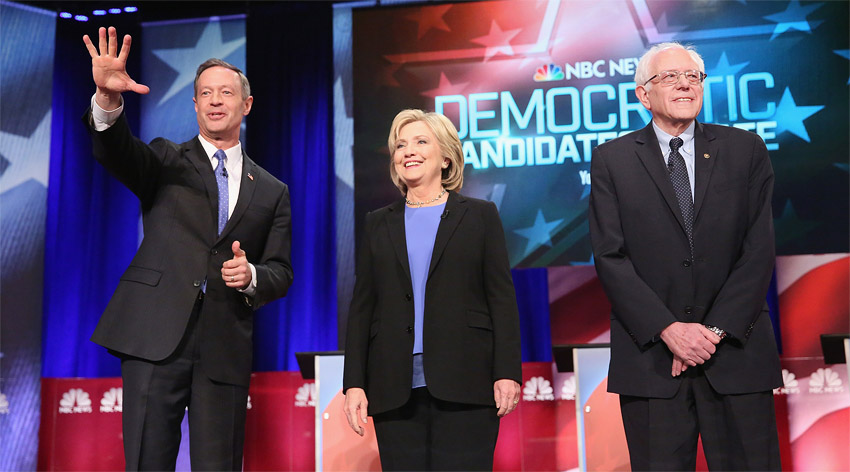 The Democrats held their Fourth Presidential Primary Debate on Sunday evening, January 17, in Charleston, South Carolina—following the Republican’s sixth such gathering just three nights earlier. As usual, Literary Hub called on us to report on and translate any deliberately deceptive language we noticed during the festivities, and we’re pleased to say that the Democratic candidates offered up more that a few prime examples. Here are the highlights:

“a schedule that we felt would maximize the opportunity for viewers to see our candidates.” Perhaps the most egregious example of Spinglish used in connection with the Fourth Democratic Debate occurred before the festivities even began, when the Democratic National Committee chair, Rep. Debbie Wasserman Schultz, appeared on CNN’s Reliable Sources and argued that scheduling only six Democratic debates (as opposed to the Republicans’ twelve), including one on a weekend over the Christmas holidays, and another on a Sunday night in the middle of the Martin Luther King Day weekend, was giving voters the best possible chance to engage with the Democratic field. Many Democrats (most vocally Governor Martin O’Malley) have accused Wasserman Schultz of making the debates as invisible as possible in order to help Hillary Clinton retain her lead in the primary race, and have argued that the resulting low viewership will give the GOP an unnecessary advantage heading into the general election. But, says Wasserman Schultz, having more debates would actually mean voters would see and hear Democratic presidential aspirants less, because it would necessitate “pulling them off the campaign trail every other day to prepare for a debate. [We want voters to have] that up-close-and-personal kick-the-tires time and a lot more debates would take away from that.”

gun safety. In an article in The Atlantic in 2012, James Fallows suggested that “the ongoing discussion should be about gun safety, which any reasonable person should be in favor of, versus gun control, a phrase that provokes all-out immediate hostility from a significant number of Americans.” As we noted after their third debate, the Democratic candidates have obviously taken this advice to heart—Martin O’Malley used the term “gun safety” on three different occasions during the Charleston confab, and neither he nor Hillary Clinton ever uttered the dread words, “gun control.” Bernie Sanders did slip us and say “gun control” once, but, of course, even that term is far too mild for their Republican counterparts, who prefer such language as “gun grabbing,” “gun confiscation,” and “victim disarmament.”

“may well” is a great Spinglish substitute for “will” when you want to make a strong assertion that may well not stand up to close scrutiny. Hillary Clinton used the phrase in suggesting that one out of every three African-American men is likely to be sent to prison at some point during his life. The website FactCheck.Org notes that this assessment is based on statistics collected over a decade ago, and that the rate of black incarceration has been declining ever since. “This is not to discount Clinton’s larger point that black males are overrepresented in state and federal prisons,” FactCheck.Org hastens to add.

“Yes, his behavior was deplorable. Have I ever once said a word about that issue? No I have not.” Bernie Sanders made this head-spinning claim about his consistent refusal to condemn Bill Clinton’s sexual behavior with even a single word, like “deplorable.”

CDBG. One way to make it seem like you really know a heckuva lot about the details of policy is to use terms so obscure that almost no one but you has ever heard of them. Martin O’Malley invoked one such locution, “CDBG,” after Lester Holt asked him what his top three priorities would be when he assumed the presidency. It turns out that “CDBG” is an acronym for “Community Development Block Grants,” but even the Washington Post seemed not to know this—in its post-debate coverage, the newspaper transcribed O’Malley’s utterance as “CBVG,” which, a quick Google search informed us, is the name of an FM radio station on Quebec’s Gaspé Peninsula.

“I certainly respect Senator Sanders’ intentions.” Hillary Clinton used this nicely cadenced synonym for “I think he is full of shit” in the course of discussing Senator Sanders’ assertions that his healthcare proposals, “revolutionary” though they might be, did not mean “tearing up Obamacare and replacing it.” Sanders’ observation, in response to Clinton’s attacks on his gun control record, that the former secretary “knows that what she says is very disingenuous” means virtually the same thing.

“boots on the ground.” During the second Democratic debate in Des Moines last November, Martin O’Malley told a story about a woman in Burlington, Iowa, who begged him not to use this phrase because it failed to take into account that people like her son, who had served two tours of duty in Iraq, were American soldiers being sent into combat to kill or be killed. As we pointed out at the time, the term “boots on the ground,” though a textbook example of Spinglish, did not qualify as deceptive in this context, since the former Maryland governor was actually arguing against the usage. But technicalities aside, O’Malley obviously felt the anecdote helped his cause (Perhaps he was buoyed by his rise in popularity from the 2.2% he garnered in the HuffPost Pollster average on November 1st to 2.6% on January 17th). So he employed it again, almost verbatim, during the fourth debate.

“I am pleased to hear that Senator Sanders has reversed his position on immunity.” What Hillary Clinton was actually pleased about, in this reference to Bernie Sanders’ recent reconsideration of one of his signature positions on “gun safety,” was the opportunity to tag Sanders as a flip-flopper without appearing over-aggressive.

“With all due respect…” Like “boots on the ground” (see above), this phrase has long been a Spinglish staple, and both Senator Sanders and Secretary Clinton used variations of it to good effect while addressing each other throughout the debate. As we observe in our book, Spinglish: The Definitive Dictionary of Deliberately Deceptive Language, it can be roughly translated as “Go f*** yourself.*”

*It has come to our attention that at least a few cynical observers consider our mentioning the title of our book to be a gratuitous exercise in self-promotion. We apologize if anyone was offended by what we remain confident most Literary Hub readers will recognize as a good faith pro bono effort to inform the public. 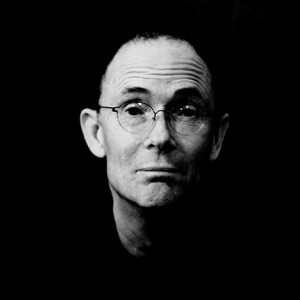 In part one of Paul Holdengraber's phone call with William Gibson, topics included dystopias, the universal screenwriter,...
© LitHub
Back to top