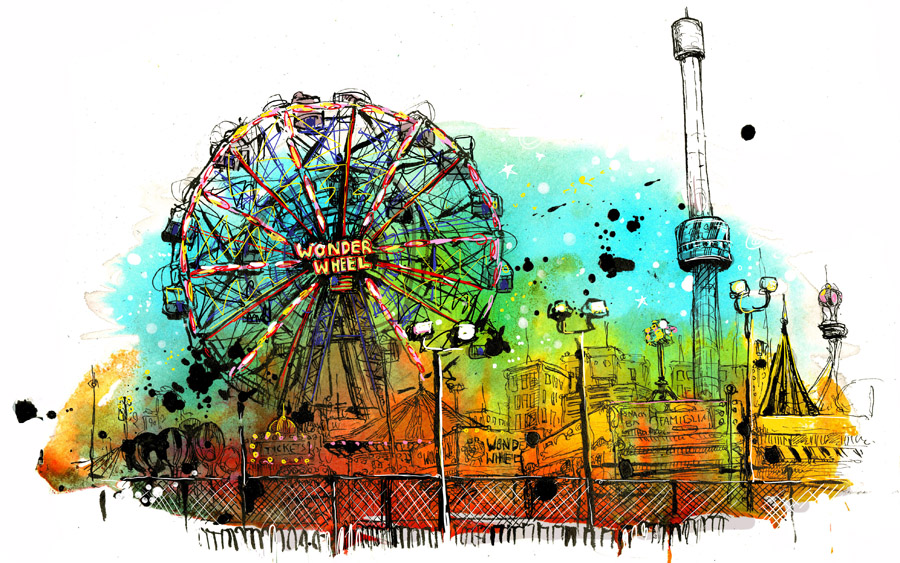 The Defiant Magic of Molly Crabapple

Charles Arrowsmith on the artist, activist, and author of Drawing Blood

Molly Crabapple will be appearing at the March 7th House of SpeakEasy event “It’s Not You,” along with David Ebershoff, George Hodgman, and Margo Jefferson. Joe’s Pub, doors at 6pm. Buy tickets here.

“Sometimes I think I took to heart those voices that said that because I was a young woman, doing work about sex, I couldn’t also be smart,” says Molly Crabapple. “It wasn’t conscious, but I internalized them, and for years held myself back from the things I truly loved because I didn’t think I deserved to stand in that space. When people talk about regrets, one is always listening to unjust internal voices, right? I suppose that would be mine.”

I’m talking to Molly because I’ve just read her memoir, Drawing Blood (Harper, 2015), a handsomely illustrated volume in which the 32-year-old artist, activist, and writer recalls in fresh, sometimes raw detail the events that brought her here.

A childhood lived in New York at its nadir; an adolescence under the transformative mayoralty of Rudy Giuliani (“the local demi-fascist of my youth”). Travel in Europe and the Middle East, and a spell at Paris’s Shakespeare & Company, where she adopted her splendid name (she was born Jennifer Caban). Back to New York and the Fashion Institute of Technology (the only part-way affordable option), nude modeling, the burlesque circuit, and budget living in a gentrifying Williamsburg. With fellow artist A.V. Phibes, she founded Dr. Sketchy’s Anti-Art School, a life-drawing class-cum-cabaret that has since been franchised around the world. Later, as The Box rose to prominence as one of SoHo’s premier nightlife destinations—in the book, “a kind of Roman colosseum of the downtown culture war”—Crabapple chronicled its grotesque beauty and excesses in her art. In 2011, her throbbing political impulses found their subject in the Occupy movement and the mutating horrors of the Great Recession. An urge to write alongside her art work took her to VICE, where she has since developed a unique and notable position for herself. In 2014, Der Spiegel described her, in gloriously Germanic terms whose compound fits better than the pedestrian English, as “die politische Journalistenkünstlerin”—a political journalist-artist.

Despite its social commentary and evolving geopolitical concerns, Drawing Blood is as much a book about simply being a young woman in the 21st century. In the Middle East, on the streets of New York, in the hotel rooms of suspect Craigslist photographers, and at the Manhattanest of art parties, it’s been a dangerous, sometimes demeaning ride for Crabapple. I ask if she’s angry at the way things are. “What am I going to do? Or any of us? We have one life in one body, to live as we please before we fall into the void. Yes, sometimes it’s shit to be a woman, and sometimes it’s glorious, but I am one, and an enormously lucky and privileged one too, so I’ll do with that what I will.”

The book has a powerfully testimonial quality to it at times; I wonder what had inspired Crabapple. “Patti Smith’s Just Kids. But also, the personal essays of brilliant friends like Melissa Gira Grant, Sarah Nicole Prickett, Laurie Penny, Natasha Lennard, Chelsea G. Summers. I note these are all women, which is something I did unconsciously, but these were also the people who in many ways influenced my writing the hardest.”

Thirty-two may seem young to publish a memoir, but given its activist bent, its very rawness is part of its importance. I ask about the astonishing, moving chapter on her abortion. “It’s actually based on an essay I wrote for VICE, back in 2013, that yes, was brutally hard at the time—not least because anti-abortion people in the US are violent, sometimes terroristic asses. But I got so many letters from women who had had abortions, or were about to have one, that it more than made up for any fear I felt.”

The significance of Drawing Blood to the debate over reproductive rights is matched by its mature critique of income inequality. Crabapple’s discovery at an early age of activist art had the quality of revelation. “Though I was the daughter of an artist and a Marxist,” she writes, “I’d always feared that politics had to be grim and art had to be frivolous.” On reading David Sweetman’s Explosive Acts, though, she quickly realized that “[a]rt and action could infuse each other… Art could be gorgeous, engaged and political, working defiant magic on the world.” She cites Diego Rivera and Bae as especially successful exemplars.

Our Lady of Liberty Park, from The Shell Game, 2013

This epiphany is in every rich square inch of Crabapple’s Shell Game series of paintings, much of which is reproduced in the book. In them, her experiences of The Box at its Caligulan peak butt up against her time with Occupy Wall Street. The paintings’ teeming throngs, wild animals, and huge icons combine with a theatricality and infernal grotesquerie that recall George Orwell and Gerald Scarfe. They have the controlled-frenzy air of an artist who’s found her true subject. And indeed she had. In 2011, her interest in the politics and art of the Middle East, inspired by her teenage travels, was enflamed by the uprisings of the Arab Spring; the anger she’d felt as the Great Recession bit was reignited by the advent of Occupy. For her art and for her life, it was a year that “changed everything”.

“2011 was this year of enormous potential and solidarity and naiveté, when people, millions, around the globe thought that by mere love, will, and sitting defiantly in the square of their central city blinking past the tear gas, they could bring down this whole corrupt system. Athens, Tunisia, Occupy, Greece. We are still in so many ways living in this year’s hangover. But as I said in the book, governments are old machines, built more sturdily than we gave them credit for. Given the tools we have available, it’s easier than ever to gather a mass protest. However, they allow people to bypass the hard, dull work of building a movement—and movements, not protests, are what last.”

The protest indeed did not; Occupy was eventually disbanded by the NYPD and the Bloomberg administration. But for many on the left, in New York City at least, the advent of Mayor de Blasio offered a ray of hope. Squandered, says Crabapple. “God, he was a disappointment. Granted, he was no Bloomberg, and certainly—dear god—no Giuliani, but seriously, hiring the architect of ‘Broken Windows’ policing as your chief? What did you think you were elected for?”

So whither New York? “It’s a dying and rising city, perpetually getting gored to death by pigs, just like Adonis. It’s dull in this present incarnation of gluten-free bistros and real-estate offices, but who knows what the future holds, and what hallucinogens will fuel the parties held one day in the apocalyptic ruins of a thousand Duane Reades.”

Female empowerment, social justice, political satire… I wonder what Crabapple has been reading recently. “My Brilliant Friend by Elena Ferrante,” she reveals. “Thirst by Mahmoud Dowlatabadi. And Tiger on the Tenth Day by Zakaria Tamar. It’s in Arabic, so I’m kind of proud of this. I’ve been studying it for the last 14 months!” 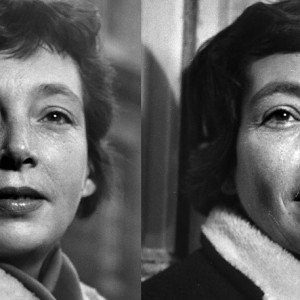 Kent Russell on the diminishing returns of freelance magazine writing. | Literary Hub The toxic smog of the information...
© LitHub
Back to top
Loading Comments...