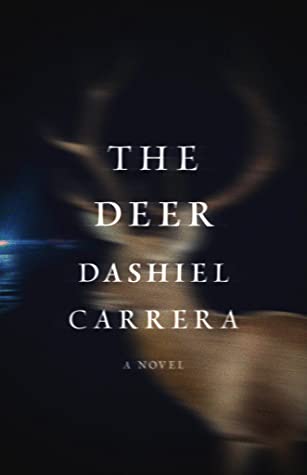 The following is from Dashiel Carrera's debut novel The Deer. Carrera is a writer, musician, and media artist from Newton, Massachusetts. He received his BA from Brown University in Literary Arts and is currently a PhD student in Human-Computer Interaction at the University of Toronto.

My brother Arthur waves to the officers as they drift down the street, calling thank you. I look down. He steps forward and holds me, rocking, hand on the back of my neck.

He hands me a glass of cold brandy. The ice cubes slip down my throat. He smiles and sits on the couch. Falling, falling. What was that Beatles song Finny used to sing? “Fallin’, yes I am fallin’.” A breathless crack on each note. A spinning strand of blonde hair. “And she keeps calling, me back again.”

Everything is where it used to be. The sagging couch.

The spot where father spilled brandy. Has it grown? Arthur flicks on the light. The picture frames are covered in dust. There are no pictures.

Arthur blows a piece of dust off the record needle and the speakers flutter. As he stands his neck passes through the light. A small scar.

“Do you remember this record?”

I close my eyes. Yes. Father used to play it in the living room. The ice cubes clinked in his scotch, melody floating on his breath. His boots crinkling as Finny’s blonde hair curled over my mouth and she rocked me, whispering, don’t be afraid. Yes, I thought swaying. I remember.

“Are you ok?” Arthur furrows his brow.

He swirls brandy beneath his nose and rocks his shoulders to the beat. My head rolls to the side and I close my eyes.

Father at the piano. Searching for what we lost.

I’m so tired. Arthur tells me, nodding, you must have had too much to drink. You need to go lie down. He takes me under his arm and smiles. I lean into him, body bending to the curve of his shoulder.

You’ll be sleeping in your old room, with the glow-in-the-dark stars. Remember when we put them up? Arthur has a big smile. Yes, I say swaying. You lifted me by the ankles and I drifted among the stars.

He walks me up the stairs. He says, you know, you shouldn’t drink so much. I say, I thought I only had one drink and he said, oh no, oh no, you had at least five. And I ask, are you sure Arthur? And he says, oh yes, you were stumbling when you walked in. Were you drinking earlier too? And I say, well yes, I drank a little at the physics conference, before I came here. Oh no, he says, oh no, you mustn’t drink before you drive. And I furrow my brow and say I only had one. What about that mixer he put in my drink? And he says you could barely stand when you walked in. No wonder you hit that deer. And I say no—I didn’t hit any deer.

He lays me in bed. The pillow wraps softly around my cheek and my words drift off into the starry night. OK, I mumble. I must have had too much to drink.

In my sleep I hear crying. I dream tears flood in from the room across the hall, pooling under the door and seeping through the wood. Drip, drip, drip, pour—like water through the roof of an old doghouse, rushing up my nose as I frantically plug leaks with my fingers hoping father won’t find me and pull me out by my hair and bring his teeth down to my neck I shouted you’re lying you’re lying I could never have killed him I loved that dog—

Arthur taps the jamb. In the grey daylight adhesive oozes behind the faded glow-in-the-dark stars.

On my way down I stop in the den. I roll a ball of dust between my fingers and cough. The grandfather clock chimes ten times. A sheet is draped over it. Did Arthur put that up last night? Or was it before—maybe before—as a child I had opened the little door—rather I had picked the lock—and inside seen all the gears, flicking at different rates, plodding, creaking, bleeding under pressure—and I thought the clock must be in so much pain always spinning without rest—so I felt sorry for it. I looked at its face and saw its hands curl into a sad moustache and placed my hand on one of the ticking gears and it swallowed me— devoured, pinned and pulled apart my hand between two of its gears and I screamed and pulled and the gear popped out and I twisted on the ground holding my wrist as the great gold pendulum swayed in a figure eight, crashing into the sides of the box, ringing slowly: one, two, three. I count: 4, 5, 6.

I look up. Dry scrambled eggs curl around my plate’s rim. “Sure.”

He returns to the sink. “We should discuss father’s funeral when you’re done. The force wants to know what to bring.”

Outside men in orange scream through the buzzing and beeping of construction. A small crane lifts a plank high into the air. When the claw reaches the top, it slips. A crash echoes through the street.

“But I guess they won’t need to now that they have that deer.”

On the other side of the store two cops pump coffee from a dispenser. I cannot see their faces. Their badges jingle as they pump. An issue of Cosmo drags across the conveyor belt and a middle-aged woman makes small talk as she withdraws cash from her purse. I tap my foot and glance back at the policemen. Only steam in the dispenser. “Sign here.” I glance back and swallow. They’re gone. “Next.” I step forward and lay out the beets. The cashier grips the counter. “How many?” I count them: 1, 2, 3, 4. “Four.” The cashier raps her fingernails. “Cash or card?” Behind me: a low, deep laugh—the crinkle of leather boots. “Card.” I tap my foot. Badges jingle as the cashier twists her lips. “It’s not working.” I swallow. “Could you swipe it again?” She rolls her eyes and swipes. The register says processing. A jingle of badges and the sound of a long, strong sip of coffee. I swallow and shift my weight. The cashier taps my card on the counter. “All set.” I slip my beets back into my bag and swing them over my shoulder, keeping my breath steady as I stride toward the door.

The cops laugh. “I thought that might be you. Would you wait just a moment? We just need to pay for our coffee.”

I step forward and the automatic glass doors close. The cops are smiling and the cashier’s hand grazes the policemen’s arm as she takes the cash. He winks and tells her to keep the change.

“What have you got there, Mr. Haverford?”

The cops sip their coffees and grin.

“Yes, we heard you’ve come down with something really awful.”

“That you’ve been asking all sorts of strange questions.”

I frown. “Well, I’ve been remembering a few things here and there. It’s been a long time since I was home.”

I force a chuckle.

“Is that liquor in your bag?”

I fondle the cap and lean back. The sliding glass doors open. “Yes. It’s for Arthur.”

“Oh, Arthur.” The men exchange a smile. “Yes—I should get back to him, actually.”

“Thank you. Yes, I shouldn’t keep him waiting.” I turn. “It’s just that—well—we’d like to have you come into

the station tomorrow. For a few questions.” “Questions?”

The other man takes off his cap. “Just a routine follow-up, Mr. Haverford. I’m sure you understand.”

“Wonderful.” One of the cops glances at the other. “Well, we must be off.” He grasps my forearm and smiles. “Great to see you again, Mr. Haverford.”

I nod. “Right. Very good to see you too, Officer.”

The policemen chuckle as they pass. 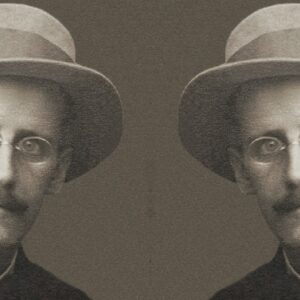