Garrett Peck on the Disruptive First Decade of the 21st Century

The Cold War, an ideological battle between the democratic West and communist Soviet Union that erupted in the wake of World War II, ended in 1989 with the fall of the Berlin Wall. Two years later the Soviet Union itself collapsed, having been established during the darkest days of World War I as the first outpost of the proletarian revolution that was meant to sweep over the world. Instead, the communist empire fell apart and the West emerged victorious. Some thought that history was over. It wasn’t. The end of the Cold War only closed one chapter in human history and opened a new one.

The 20th century was known as the American Century. As France was the great power in the 18th, and Great Britain the global power in the 19th, the 20th century was marked by American cultural, economic, and political dominance, particularly after the United States’ victory in World War II. But by the end of the century, the US had plenty of competition as other nations caught up.

America found itself in an increasingly crowded field, some of which would undoubtedly surpass the country one day. China was growing by such leaps that it overtook Japan as the second-largest economy, though still far behind the US The European Union—closely allied to the Americans as democratic societies—drew ever closer economically and politically, and even launched its own currency, the euro. Russia was greatly diminished after the Cold War but still harbored aspirations to regain some of the lost glory of the Russian Empire. That said, by the end of the 20th century, the US was still the only superpower on the block. But the Pax Americana was about to end.

The United States experienced a turbulent first decade of the 21st century, tumultuous years of economic crises, social and technological change, and war. The decade was bookended by two financial crises: the bursting of the Internet bubble in 2000, followed by the Great Recession in 2008. Americans earned tremendous sympathy after the terrorist attacks on September 11, 2001, but then squandered that global goodwill with an ill-fated invasion of Iraq 18 months later. Banks deemed “too big to fail” were rescued when the federal government bailed them out, but meanwhile millions of people had lost their homes to foreclosure and witnessed the wipeout of their retirement savings.

Americans may have felt they were treading water economically, and they were right. The two economic crises represented years of lost opportunities: two wars paid for on the nation’s credit card, and a major federal budget surplus changed to a deficit through tax cuts that largely benefited the wealthy. The fallout from the Great Recession helps explain the sharply polarized society in the years that followed, when populists ran amok on both the left and the right, and the country seemed to divide into two separate and hostile tribes.

Like many readers, I experienced the turbulent years of the first decade. I live about three miles from the Pentagon. On the morning of 9/11, I was working from home and had the windows of my apartment open, as it was just the most gorgeous day. I had the TV on, watching the horror unfold as the second plane struck the South Tower of the World Trade Center. I called my parents in Sacramento—they were just getting up—and told them to turn the TV on. We’re under attack, I told them.

The United States experienced a turbulent first decade of the century, tumultuous years of economic crises, social and technological change, and war.

And then about 40 minutes later came a loud BOOM. It didn’t initially register—it sounded like a truck tire exploding. But within a few minutes CNN announced that a plane had hit the Pentagon. Looking out the window I saw a huge plume of black smoke rising. That really struck home. The fire department sirens wailed throughout the morning as trucks came from all over the DC area. I’m enormously proud of the Arlington County Fire Department, which was first at the scene and provided much of the manpower to fight the blaze at the Pentagon.

My office was in Pentagon City, and my window provided a direct view of the crash site. Over the next year I watched as construction workers toiled around the clock to rebuild the damaged wing of the Pentagon. They took a great deal of pride in this, and they completed the reconstruction before the first anniversary of 9/11.

While workers were rebuilding the Pentagon, my company, WorldCom, went into bankruptcy in 2002. The constant layoffs that followed were the most demoralizing thing I have ever experienced. It felt like we were undergoing a round of layoffs every three weeks, which pretty much halts worker productivity as you wonder who is next and mourn for the friends who’ve lost their jobs. I was never let go. But every time I hear the term “shareholder value,” I shudder to think of how the company’s leaders committed fraud to increase the stock price. It gives pause to think how many companies are beholden to Wall Street, rather than to their customers.

Later that summer, I distinctly remember Vice President Dick Cheney’s saber-rattling speech before the Veterans of Foreign Wars, laying out the case for military action against Saddam Hussein and regime change. It immediately struck me that we were going to war, but as it turns out, Cheney had gotten ahead of where President George W. Bush actually was.

I count myself fortunate that I dodged the housing bubble. In early 2005, several friends and I were looking at condominiums at a superb location in DC’s Logan Circle. The real estate market was already quite overheated and the Federal Reserve was raising interest rates. Nevertheless, the saleswoman quoted a price that was 20 percent above where I figured the market was. When I asked what justified such a high price, she responded, “We think that’s where the market will be in a year.” I walked away. As the real estate market came tumbling down, the developer foreclosed.

One of my most vivid memories of the decade was on Monday, September 29, 2008, exactly two weeks after the investment bank Lehman Brothers collapsed and the economy was in freefall. I was in Provincetown, Massachusetts, for the 50th birthday celebration of a couple friends. That afternoon I went to the town hall, where mobile phone coverage was good, to interview Boston Beer Company founder Jim Koch over the phone for my first book, The Prohibition Hangover. During the interview, he suddenly announced, “Oh my God—the House has just rejected the rescue package,” meaning the Troubled Asset Relief Program. “The stock market is tanking!” It was the moment that the American economy nearly went over the cliff in the Great Recession. Congress revisited TARP four days later and approved the bill. We can look back and realize just how close we came to another Great Depression.

So what do we call this first decade? We don’t have a name for it, like the eighties or the nineties. Some suggested the Aughts or the Naughty Aughties, but that seemed too Victorian and never took hold. Others called it the Double-Ohs for the two extra zeroes on the year 2000, or possibly the Zeros. Turning away from strict numerology, we might name it based on what happened—like how F. Scott Fitzgerald called the 1920s the Jazz Age. One might call this the Digital Decade for the dizzying pace of technological transformation, or the Decade of Disruption for how the Internet killed off so many business models and how automation eviscerated so many working-class jobs.

The Decade of Change or the Decade of Crisis were bandied about—but then again, when has there ever been a decade without change or a crisis? It could be called the Bush Decade, as George W. Bush was the American president during eight of these momentous years. Or the Borrowed Years for the massive consumer and federal borrowing—both to finance a lifestyle they couldn’t afford, and to salvage the economy in part resulting from the bust after the housing bubble burst and the consumer spending spree ended. Perhaps the Bubble Decade is more appropriate, or possibly the Double Bubble for the two investment bubbles that burst and brought the American economy into recession: the Internet bust in 2000, and the housing market crash that led to the Great Recession in 2008. Time magazine called it perhaps most appropriately the “Decade From Hell.”

Whatever you choose to call it, the first decade of the 21st century was a lost decade for the United States. It was an epoch of squandered opportunities, shattered economics, and increased polarization. Yet out of the crises there was always hope, and the American dream remained alive. “You can always count on Americans to do the right thing—after they’ve tried everything else,” quipped Sir Winston Churchill, who himself had an American mother. Our republic is messy and often dysfunctional, but in the end we usually get things right. Usually. 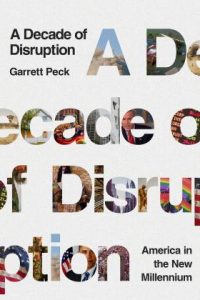 Excerpted from A Decade of Disruption: America in the New Millennium by Garrett Peck. Reprinted with permission of the publisher, Pegasus Books.

Garrett Peck, the author of six books, is an American historian who serves on the advisory council of the Woodrow Wilson House in Washington, D.C. He has lectured at the Library of Congress, the National Archives, the National Museum of American History, and the Smithsonian Institution. He lives in Arlington, Virginia. 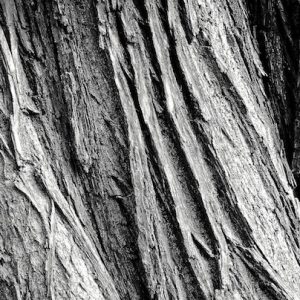 Don’t make me send you outside to find a switch, my grandmother used to say. It was years before I had the nerve to ask her why switch...
© LitHub
Back to top
Loading Comments...