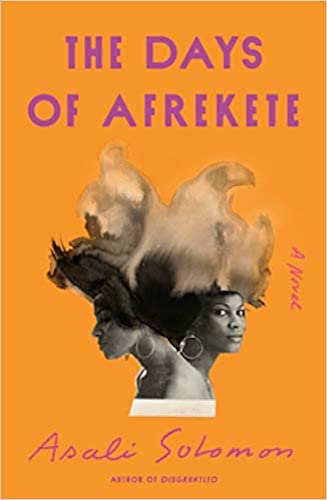 Asali Solomon's first novel, Disgruntled, was named a best book of the year by The San Francisco Chronicle and The Denver Post. Her debut story collection, Get Down, won a Rona Jaffe Foundation Writers' Award and was a finalist for the Hurston/Wright Legacy Award. Her work has appeared in O, The Oprah Magazine, Vibe, Essence, The Paris Review Daily, McSweeney's, and several anthologies, and on NPR. Solomon lives in Philadelphia with her husband and two sons.

After Patrice was gone and the house felt resettled, Liselle jumped once again at the sound of the door-bell. She sat straight up and listened to Xochitl walking toward the door, exhaling only when she heard the familiar voices of the caterers. A few minutes later she heard Winn call out, “Home again, home again, lickety-split.”

He had to say that when he entered the house. Years ago, before they’d met, Winn had had occasional bouts of OCD, which he’d described to her (strategically?) after their wedding invites had been sent. Fortunately, it had dwindled to reciting this refrain whenever he walked in the door. Even under the stress of the election, he confined himself to “lickety-split,” which was much milder than what he had taken up in college—when he’d intoned a Christina Rossetti poem about death as he washed his hands for twenty-five minutes. With a swampy feeling in her gut, Liselle tried to imagine rituals he might obsessively perform in prison.

She had not wanted Winn to get involved in politics. Their life together had been comfortable, with moments of joy. It was true that for her, frankly, those moments had grown muted and dependent on trifles: the alcohol content of a fussy cocktail, the distance between the beach and the condo in Lewes, which had seemed so short back when they’d first bought the place. Still, she had known that her life with Winn and Patrice was good, enviable even. It would have seemed to child-Liselle like a distant dream back when she was growing up with an exhausted Verity, in a house that sometimes smelled of roach spray. She had escaped that house and a life like her mother’s, that is, until she was on the phone with her mother, who said, “Jail.”

Or perhaps her escape had ended when Winn first told her about the people who’d approached him about running for Congress. She had not challenged him when he spoke about his desire to “get involved.” She had not pointed out the obvious, which was that he lacked vision and passion, and that he was simply bored and wanting to feel special. Liselle knew there was a hole in him, and he had kept throwing things into it: first Liselle, then Patrice, then making partner at the firm. She had not pressed him, because, in fact, Winn’s campaign and the fantasy of his victory had become what she threw into the widening hole inside of her.

At the beginning of the campaign discussions, she’d seen fleeting images of herself as a different person, with a higher sheen (though not on her nose); she would shrink back down to a size eight or even smaller, but her jewelry would gain weight. In these sequences, Herself wore color-blocked suits and had a neat permed bob, instead of a natural cropped close every two weeks to camouflage her thinning hairline. She and Winn stood at a podium raising the clasped hands of victory. It could happen to anyone; if a Black man with a name that Verity had initially mocked could be president of the United States, surely Liselle could be the wife of a lousy state representative. In fact, early on they had talked about Liselle at a strategy session, potentially as part of the formula for unseating Church Williams, who’d been in office “since the book of Judges.”

The muffled sound of Winn greeting Xochitl (Liselle thought with shame of the girl hearing him say “lickety-split”) was drowned out by the ringing phone on her bedside table.

“Patrice,” Liselle said with a heavy sigh, “have you ever needed me, like, really needed me to do anything for you?”

“Well, let’s think for a minute, but just a minute, because I have a shitload of things to do, a fuckload of things,” Liselle continued, though this was, strictly speaking, a lie, and she knew that Patrice felt uncomfortable when she cursed. She knew exactly how he felt— the way she herself had felt as she watched her mother drink beer, getting blurrier and blurrier. Liselle had learned to put herself to bed at the age of six.

“Do you remember the time in second grade when you—”

“Fine!” Patrice slammed down the phone. Liselle knew it was wrong of her to allude to the time he was eight and soiled his shorts, and she’d had to race across town to pick him up from day camp, clean up the administrator’s office, and spend the rest of the summer amusing him instead of studying for her GREs.

“What was that about?” Winn asked. “Also are you lying in bed?” Suddenly her husband was in the room, eating a lollipop. He did it to keep from smoking, but it sometimes made Liselle want to smack him. It also made her want lollipops, and she sometimes found herself sucking one with no memory of having gone into the ceramic jar in the kitchen where they were kept.

She arched one eyebrow at him. “Are you eating candy?”

“I asked my questions first.” Winn’s eyes twinkled and he pushed back a lock of hair. He had the look of someone who had aged out of playing the rich jerk in an eighties teen movie. “Liselle, it wasn’t a criticism. It seems like a good idea, being in bed. Whose idea was this party anyway?”

Liselle grunted as he reclined beside her and hoisted himself up on one arm.

“Shoes,” Liselle said. She was annoyed to hear Verity’s voice coming out of her mouth, but sometimes Verity said what needed to be said.

“Who was on the phone?” Winn asked, untying his laces.

“I sent Patrice to Miriam Blau’s house. He was trying to come back home.”

Winn sucked contemplatively. “I kind of thought he might like to be here tonight. You don’t think it’s a good idea for all of us to get some closure on this?”

Liselle studied him. She wasn’t sure when, but she knew it was definitively before the campaign that she had begun wondering whether what had drawn them together was no longer there. Maybe it had never been there. Their union had been a lark, a not-quite-bohemian adventure. But then one day Winn was campaigning for public office and now he was saying “closure.” These were the things earnest people, earnestly married, did.

“I really think,” Winn continued, removing his lollipop for emphasis, “that you’re going about this all wrong, babe.”

“—your friends, pick over your political carcass. Too many different emotional weather systems.”

“That is a lot of figurative language. Like a pileup of metaphors. Shit, I just added to it. By the way, I invited Ron Mack tonight. I noticed he wasn’t on the list.”

“Do you think we still need him around?” Liselle asked, the swampy feeling returning. Whatever bad things were happening to them, she suspected Ron was involved.

“I think it’s safe to say he was looking for something in return.”

“‘I think it’s safe to say he was looking for something in return,’” Winn repeated in a high, nagging voice. “My goodness, maybe you should save some of this witty repartee for the party. By all means, engage in a gentle war of words with Ron Mack. All I ask is that you display your thinnest veneer of civility. I don’t even mind seeing the cracks.”

Liselle snorted, trying not to laugh. “Whatever you want. But I’m leaving Patrice where he is.”

With a languid motion, Winn tossed his lollipop stick toward the wastebasket. It hit the lip and landed on the floor. “Layup,” he said. Then he fell back in the same shape as Liselle, arms tight at his sides. “Now we can play vampire together.” He reached for her hand and she let him take it. Tell him about the call, the FBI. Ask him what he did. Now. Thinking but not speaking, she squeezed then dropped his hand and went to set up her computer so a playlist called “Dinner with Edge” would play for almost four hours on the system that piped through the house.

“Ex-Factor” bloomed from the house speaker, Lauryn Hill in the fullest voice she’d ever have. She thought of a photo of Lauryn Hill in a yellow dress, her lips the color of red velvet cake. There had been a time, after college, when Liselle had regularly searched Lauryn Hill out on the internet, looking for a sign that she would turn it around. Instead she encountered pictures of her looking washed-out, wearing a Christian cult member getup. Her hair looked abruptly cut, reminding Liselle of little African girls who, between walking miles to school, dealing with tamponless menstruation, and carrying water for their families, didn’t have time for Western beauty standards. Liselle read that the press was forced to refer to her as “Ms. Lauryn Hill” and that she had five children by her beautiful husband, rumored to be a philanderer. Liselle had stopped searching her out on the internet, but she sometimes thought she’d give much of what she had to find out exactly what had happened to Lauryn Hill.

These days, the image of Lauryn Hill came into Liselle’s mind when she thought of Selena Octave. As she listened to the song (care for me, care for me), she wondered if Selena had gotten her message.

Excerpted from The Days of Afrekete: A Novel, by Solomon, to be published by Farrar, Straus &; Giroux, an imprint of Macmillan. Copyright © 2021 by Asali Solomon. All rights reserved. 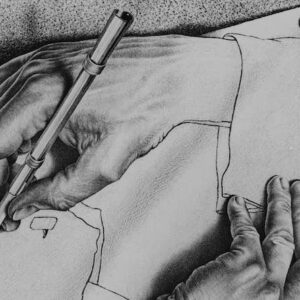