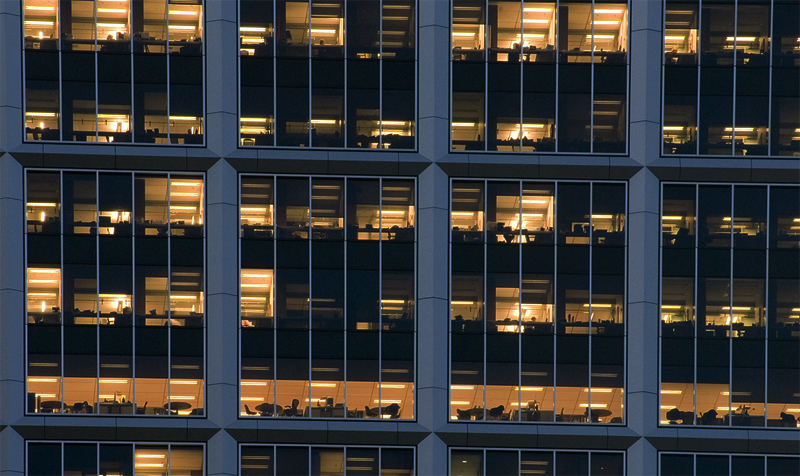 Workplace Novels that Explore the Dystopic and Surreal

This is the vocabulary around which many of our days are structured: open offices and cubicles; dress codes and confidentiality agreements and non-compete agreements and the idea of at-will employment. Editorials in major newspapers decry the eroding concept of work-life balance. Politicians and public intellectuals make the case for increased family leave for parents. In the United States, those of us who have or have had company phones look at legislation passed in Europe to limit the number of hours certain employees are on call and engage in long, wistful glances.

There are a number of ways that our office-centric lives are translated into fiction. One of the most memorable approaches is to bypass realism or satire altogether and head into the surreal. Then again, describing modern office environments matter-of-factly can traffic in the sort of imagery that could just as easily populate a surrealist science fiction story from the 1960s; journey back to the Mad Men era and describe the idea of a shared workstation to someone living back then. Or consider the idea of daily meetings conducted in the plank position to improve efficiency. Imagine, if you will, a circle of people all laying on the ground, discussing daily goals for their department. Eugene Ionesco couldn’t have topped that.

Some surreal workplace satires venture into the absurd. Anne-Marie Kinney’s 2012 novel Radio Iris begins as a quietly observed slice-of-life account of a young woman working for a small company. Slowly, strange details accumulate, and what began as a quirky but largely realistic work ends in a place far off the map. Thomas Ligotti’s My Work Is Not Yet Done follows a similar trajectory. In the title novella, a put-upon office worker undergoes a strange transformation and begins targeting his former associates for revenge. It can be a difficult book to read—rather than imparting a sense of triumph at the empowerment of an underdog, a sense of moral pollution creeps in. The narrator’s methods of revenge become more ornate and more stomach-churning as the plot advances, less righteous anger and more sadism. A story of a dispossessed man turning the tables on those who have wronged him turns into a visceral look at how power can corrupt—all of which eerily mirrors the corporate environments in which Ligotti’s story is set.

The modern office provides writers with a host of locations, storylines, and even narrative devices with which to tell their stories. Debbie Graber’s collection Kevin Kramer Starts on Monday abounds with strange takes on the contemporary white-collar workplace. “New Directions,” for instance, is told through a series of inter-office memos. The company described is in state of increasing disarray, including the “mass disappearance” of the software department—which, given that the company is “primarily a software company,” presents some existential problems. The situation becomes more and more bizarre: dreams and visions show up in the body of the text, and the phrase “proprietary information” takes on increasingly ominous undertones.

Graber’s stories frequently veer into place-specific humor: comedians and improv groups come up in stories set in California, and the narrator of one story encounters a former co-worker, which in turn prompts memories of a tragic accident during a time when both had lived and worked in Chicago. These stories get stranger as they accrue more power. The narrator of “Him,” a conservative Christian with a penchant for judging others and a few foibles of his own, would have made an easy target for satire. When he begins having visions of Satan in deeply quotidian situations, however, he immediately becomes a more off-key (and therefore more memorable) figure. At one point, the devil is described as “dressed in office-appropriate khakis but drooling fire, hiding behind the potted ficus tree near accounts receivable.” It’s the most literal version of the concept of “the banality of evil” that one might come up with, and it tells the reader that they’re either in the presence of a deeply flawed narrator or a deeply specific version of absolute evil.

Surreal specificity also plays a part in Graber’s title story, which recounts one Kevin Kramer’s tenure at a company, wherein he cuts costs, alienates (and fires) employees, and lusts after his assistant. All of this is not out of the ordinary when discussing office dynamics and the flaws of powerful men in that environment. What’s more memorable is Kevin Kramer’s heart’s desire and obsession: narwhals. And though he has a penchant for reinvention and the ability to charm and beguile those in charge of corporate hiring, it’s this strange desire for transmutation into an aquatic mammal that underscores nearly everything in the story.

Though he dreams of it, Kevin Kramer never actually transforms into a sea creature. And Graber is vague on whether or not the devil is actually appearing to the narrator of “Him,” or if the protagonist of the collection’s final story, “That Which Is Inevitable,” is really psychic, as she believes herself to be. The book’s final line makes clear, though, these moments of surrealism aren’t simply present for the sake of weirdness; they provide a sense of escapism for the characters as much as the reader. Bizarre as visions of a khaki-clad Satan or the desire to transform oneself into a narwhal might seem, they are, at least, distinctive. Perhaps not as enduring as Bartleby’s “I would prefer not to,” but declarations of individuality regardless.

For the first half of Helen Phillips’s The Beautiful Bureaucrat, the office in which protagonist Josephine works is seemingly out of an absurdist comedy. She handles documents containing long and apparently random strings of number and letters. It’s a strange way to make a living, but it’s a steady job nonetheless—and Phillips makes the economic struggles faced by Josephine and her husband both tangible and unsettling. They proceed through a series of sublets, some of which are hastily abandoned, over the course of the novel, and the fragility of their lives is one of its few narrative constants.

Phillips’s novel begins with Josephine being interviewed for her job by a figure who literally blends in with the background, soon known to readers as The Person with Bad Breath. (A scene in the midst of the novel showcases said character meticulously eating salt and pepper directly from their respective dispensers.) Perhaps the first clue that this is not a conventional job interview comes with the question, “You wish to procreate?” It’s an unnervingly personal question, and one which Josephine knows must be illegal—but she answers regardless. “You will find this work tedious,” the interviewer warns while emphasizing its confidentiality.

Soon, stranger things begin to crop up in the halls and cubicles around her. Josephine notes that several of her co-workers resemble her in amorphous ways. No one seems to know their way around the office all that well, and cordial conversations sometimes give way to displays of hierarchical authority at a moment’s notice. It’s an unnerving environment in which to work—one in which Josephine becomes increasingly alienated both from her co-workers and, due to the secrecy surrounding her work, her husband.

Over the course of The Beautiful Bureaucrat, the nature of Josephine’s work becomes more clear, and the novel takes a metaphysical turn. This notion of the banality of the modern office cloaking a more uncanny mission crops up periodically in fiction: Emily Schultz’s 2010 novel Heaven is Small focused on a man working for a publisher of romance novels, which he gradually realizes is situated in the afterlife; and Manuel Gonzalez’s The Regional Office Is Under Attack! juxtaposes a meticulously arranged office environment with secret societies, cyborgs, and superpowered figures. In Phillips’s novel, the dehumanizing aspects of Josephine’s job that emerge early on are magnified by the revelation of the true nature of her place of employment, which is at once quotidian and utterly miraculous.

Matías Celedón’s The Subsidiary finds an unnerving middle ground between the absurdist and the metaphysical. It’s an odd read: one part found object and one part satirical narrative. The story is told through text spelled out on a series of stamps, detailing an experience at an office that’s at once all-encompassing and utterly chaotic. It begins modestly: the announcement of a scheduled power outage. And soon, things begin to get much worse. “Shouts can be heard outside,” reads one page. And inside, day by day, order begins to break down.

As is the case with Ligotti’s novella, Celedón’s book plays with the reader’s sympathies surrounding the narrator. At times, he seems like an everyman, documenting these anarchic scenes for posterity or because it’s the only way he can leave a legacy behind. At others, he seems more predatory, an active participant in the wrongness that suffuses the story. “The deaf girl flees because she doesn’t know how to scream,” reads the text on one page. It’s followed by, “It will be difficult to find her.” At one point, a pack of dogs is released within the building, creating an even more horrific atmosphere.

The Subsidiary is unsettling both for its narrator’s sense of menace, and for the general indifference with which several horrific events are relayed. These are scenes of carnivalesque horror pared down to the starkest detail. It’s heady stuff, and it makes the reader feel wrenchingly complicit in the actions it describes.

Like all of these novels, Celedón’s has the power to haunt. Offices can discourage individuality and strip away someone’s time for the creative and familial activities that they hold dear. That may be the most unsettling aspect of each of these works. For all that they present the reader with documents of office life that has spiraled into some bizarre corridor of unreality, it also offers them an implicit question. Would they prefer their own possibly mundane cubicle-based life, or would the horrific excitement found here represent a step up? The answer is a difficult one to fathom.

The Pros and Cons of Getting Inside a Villain's Mind

Vu Tran: The Uncertain Memories of a Four-Year-Old Refugee 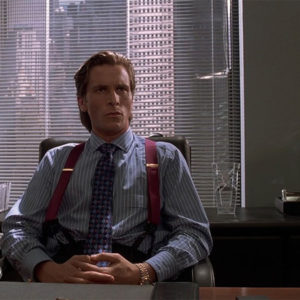 The Pros and Cons of Getting Inside a Villain's Mind

Introducing a villain’s point of view in a novel—whether it be one of several perspectives or solely the antagonists'...
© LitHub
Back to top