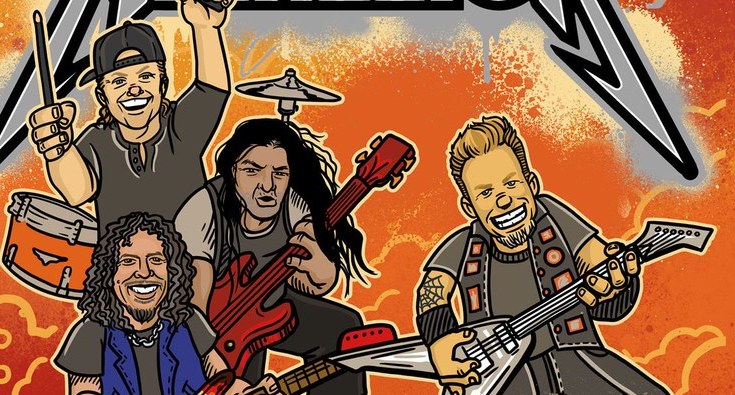 The dad-rock book tie-in we’ve all been waiting for: a Metallica children’s book.

God, Metallica is getting dangerously close to grandad-rock* (Lars Ulrich is 55), but it’s obviously a very rock and roll thing to keep fathering kids until you die (what’s up Rod Stewart). And look, everyone knows that parenthood does weird things to your brain, like making you think your random idea for a children’s book should BECOME REAL.

So we now have a Metallic children’s book to look forward to, The ABCs of Metallica, in which “each letter of the alphabet highlights a moment along our journey from Garage Days to Master of Puppets to fun facts about us.” Ok, that sounds like it might really be more for metal dads, than their little metal kids, but whatever the case, at least part of the proceeds are going to charity.

*Dad-rock is not a fixed category. For many, dad-rock is now Pavement or Tribe Called Quest. Pretty soon it will be, like, Blink 182.