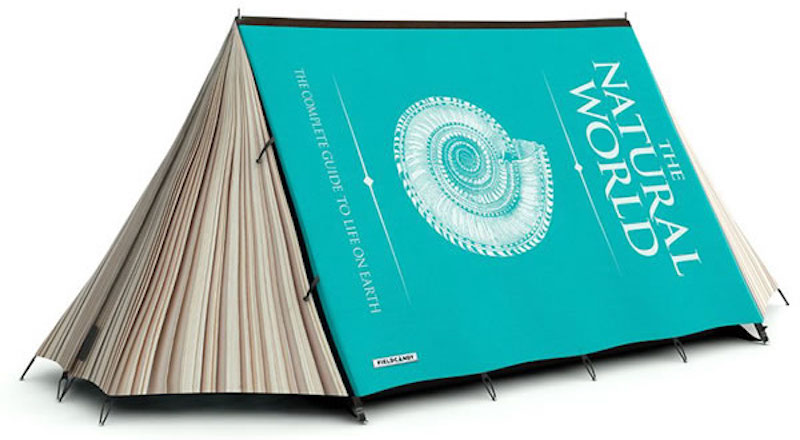 The cure to pandemic-induced writer’s block? According to this mystery writer, it’s … a tent.

Struggling with pandemic-induced writer’s block? You’re not alone—and better yet, you’re about to be cured! According to the San Diego Union-Tribune, mystery and historical author Ona Russell found an unconventional fix for her own writing woes: a tent. Placing a pop-up tent (a “no-frills Coleman”) in her backyard, furnishing it with a patio chair and table, and working there instead of inside the house jump-started Russell’s work on her fifth novel.

“Like everybody, I was adjusting to the new reality of being rather housebound,” Russell told the Tribune. “For writers, being housebound is a daily routine, but the forced nature of it was a different ballgame. But once we put the furniture inside the tent, things started shifting for me . . . I started to break through.”

Russell didn’t just keep this trick to herself: she started Authors in the Tent, a series of video interviews with local Authors in, yes, the fabled Tent. Participating authors for the first installment of Authors from in the Tent include Burn Notice author Tod Goldberg, Quan Huynh (Sparrow in the Razor Wire), Amy Wallen (How to Write A Novel in 20 Pies), Patricia Santana (Ghosts of El Grullo) and Dennis K. Crosby (Death’s Legacy). The interviews center around the role space and place plays in the authors’ novels and writing process, and will be available mid-June.

It’s a useful reminder that when it comes to writing, a change of scenery can be meaningful; and, it’s a reminder that you can get creative with your practice. Yes, not all of us have backyards—but as the nation continues to get vaccinated and open up, we’ll have coffee shops in which to pitch our (metaphorical) tents. If the other customers get mad, you can always invite them in for an interview series.