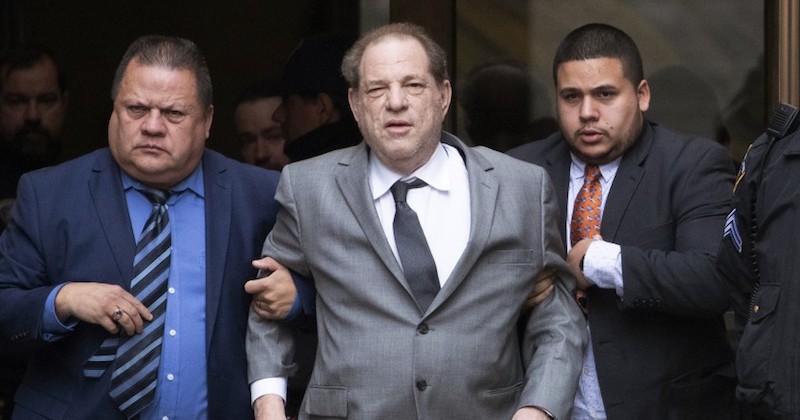 The Credibility Discount: Why We Doubt Accusers and Protect Abusers

Whether we realize it or not, we’re prone to credibility judgments that work to the detriment of people who lack social power. We doubt their authority to assert facts—even facts about their own lives. An assertion that threatens the status quo sets the credibility complex in motion, and the complex kicks into high gear when that statement comes from someone who is marginalized or vulnerable. Dismissal is our default.

The rule is simple: credibility is meted out too sparingly to women, whether cis or trans, whatever their race or socioeconomic status, their sexual orientation or immigration status. At the same time, the intersections are critical—just as there is no female prototype, there is no singular experience of what I call the credibility discount.

Once you have a name for it, you see credibility discounting everywhere. It’s not isolated or idiosyncratic—it’s patterned and predictable. It happens in the workplace, when your contributions are treated with disrespect. In medical settings, when your description of symptoms is cast aside as untrue or unimportant. In the course of salary negotiations, when your requests are dismissed as unseemly posturing. In the classroom, when the value of your insights is minimized. In intimate relationships, when you’re somehow held responsible for the conduct of others. And on and on. Even when you sense these moments might be gendered, you may not see them as linked to judgments about your credibility. By understanding the workings of the credibility discount, you’ll know why these moments leave you feeling diminished.

When a woman comes forward with an allegation of abuse, the widespread societal impulse to discount credibility is at its apex. Here, gender, power, sexual entitlement, cultural mythology, and legal protections collide. It’s where I conceived credibility discounting, and what I consider to be its paradigm.

Even without giving name to the experience, most accusers know it well. Many come forward only to be dismissed. Many more are silenced by the prospect. Maybe they were dismissed the last time. In all likelihood, they’ve seen other accusers dismissed. The credibility discount can feel inescapable.

This discount can also feel far-reaching—and it is. Credibility entails much more than belief in the truth of the allegation. For an allegation to be deemed credible, we must also believe that the conduct it describes is blameworthy, and that it’s worthy of our concern.

Consider that a person who comes forward with an allegation of abuse makes a trio of claims: This happened. It was wrong. It matters. Each claim is crucial. If any one of them is rejected, whether by a loved one or by an official responder, the accuser will be dismissed.

The listener may decide that the alleged conduct didn’t happen.

Or that it wasn’t harmful enough to warrant concern. Regardless, the outcome is the same. The listener isn’t convinced, and the status quo is preserved. Unless all parts of the allegation—it happened, it’s wrong, it matters—are accepted, the allegation will be dismissed as untrue, unworthy of blame, or unimportant. These three discounting mechanisms can overlap, and they often blur together—but each on its own is enough to sink an allegation.

Most women who come forward with an abuse allegation against a man will confront the credibility discount. When a woman comes forward against a powerful man, she will confront an even steeper discount. To be clear: men who are victims of sexual misconduct may also experience credibility discounting when they come forward. But my focus throughout the book remains on those who are most threatening to the patriarchy: female accusers. In a patriarchal society where male sexual prerogatives are at stake, discounting operates with special potency.

All this can seem natural and intractable. Credibility inflation is such an ingrained pattern of thought that it often disappears altogether from view. But it is every bit as integral to the workings of the credibility complex.

Our society confers a hidden benefit on powerful men. As the philosopher Lauren Leydon-Hardy remarked to me, we are taught to “assign an excess of credibility” to these men. They are granted the authority to speak definitively about past events, along with their meaning and significance. They receive what I think of as an extra generous credibility boost. Indeed, this boost is “socially normative,” Leydon-Hardy says, meaning that the “roadmap” we collectively use to navigate our lives tells us “over and over again” to recognize male authority—authority not only to make decisions, but to understand the world.

When we evaluate an account along with a denial, our common response to the accusation is unduly skeptical and our response to the denial is unduly trusting. This response is easiest to spot in the context of an archetypical “he said, she said” contest. But not all allegations prompt a denial—at times, we never hear the accused man’s version of events, or he admits what he did. Yet he can still receive a credibility boost—only now in the realm of blame (it wasn’t his fault) and care (he matters too much to suffer consequences for his actions).

This upgrade is especially pronounced in relation to the blame we place on the accuser and our indifference to her suffering. You can think of this as an interlocking system: each of the mechanisms for downgrading the credibility of accusers has a corresponding mechanism for inflating the credibility of the accused. While accusers are routinely distrusted, faulted, and disregarded, the men they accuse are readily believed, absolved of blame, and granted outsized importance.

We may barely notice when the accused’s implausible denials are trusted as a matter of course. Or when misconduct is justified as the fault of the victim. Or when misdeeds are excused as not harmful enough to warrant intervention. But these boosting mechanisms have the very same effect as their opposites on the accuser side.

This should come as no surprise, since discounting and inflation are rooted in the same source—a complex that assigns credibility along axes of power.

Rose McGowan is the woman who initiated a chain of events that would topple Harvey Weinstein. For decades, the producer’s misconduct was an open secret in certain circles. But no woman had come forward against him publicly. This began to change in the fall of 2016, when the actress and activist McGowan tweeted that an unnamed “studio head” had raped her. Her Twitter thread made its way to top journalists already engaged in early stages of their reporting on Weinstein’s alleged abuse of a stream of women. A year later, blockbuster exposés of Weinstein’s predations would be published by Jodi Kantor and Megan Twohey at the New York Times and Ronan Farrow at the New Yorker.

In her memoir Brave, McGowan describes how she was summoned for a business meeting at the 1997 Sundance Film Festival, where her movie was premiering. Weinstein, who McGowan refers to as “the Monster,” was working from his enormous hotel suite, where their meeting was held. When it finished, he said he would walk her out. Instead, McGowan says he pushed her into the jacuzzi, where he forced oral sex on her. She left the hotel in shock. As she wrote, “My life was never going to be the same.”

McGowan would have had no reason to know it at the time, but at least a hundred women—two dozen of whom would become known as the Silence Breakers—would ultimately accuse Weinstein of sexual harassment or assault. It would take McGowan nearly two decades to come forward herself, propelling this cascade. Back in 1997, she believed she was alone, and chose not to report what happened. Like so many survivors—whether famous or not, whether accusing a powerbroker or not—she absorbed the insidious messaging of the credibility complex and downgraded her own credibility.

“I kept thinking about how he’d been sitting behind me in the theater the night before it happened,” she says. “Which made it—not my responsibility, exactly, but—like I had had a hand in tempting him. Which made it even sicker and made me feel dirtier. I know other victims feel this way too. We replay the tape of the event over and over, blaming ourselves. If only, if only, if only.”

McGowan considered reporting to the police and thought better of it. “I knew if I came out publicly with this, nothing was going to happen to the Monster, but I—I would never work again,” she reasoned. She assumed that those around Weinstein, his collection of powerful people in Hollywood, media, and politics, would continue to protect him. “Because it’s okay,” she writes. “It’s the business. And it is just. a. girl.”

Nearly two decades later, when Weinstein realized that McGowan would no longer stay silent, he began a smear campaign against her through his legal team and a collection of spies whom he enlisted in his efforts. As Kantor and Twohey would ultimately report, Lisa Bloom, a lawyer (successfully) pitching her services to Weinstein, offered to help battle “the Roses of the world,” and especially McGowan herself. Bloom’s memo to Weinstein proposed a “counterops online campaign to push back and call her out as a pathological liar.” Bloom further suggested placing “an article re her becoming increasingly unglued, so that when someone Googles her this is what pops up and she is discredited.”

The campaign was effective. As McGowan puts it, “They did a really, really good job. And people want to believe that stuff, you know? It makes them feel better about something horrible that’s happened, you know? They can tuck themselves in at night, rest assured that it only happens to bad people, but that’s not the case.”

McGowan says that just after the assault, news of what happened somehow “spread like wildfire through Hollywood,” and she was blacklisted. “It seemed like every creep in Hollywood knew about my most vulnerable and violated moment. And I was the one being punished for it. It’s like being assaulted over and over.”

“Everyone just wants it to go away so they can feel better,” she observes. For sexual misconduct to seem to disappear, the “Roses of this world” must be discredited. 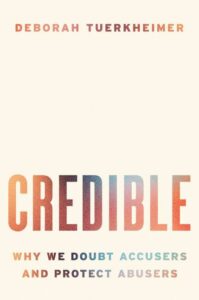 Deborah Tuerkheimer is a professor at the Northwestern Pritzker School of Law. She earned her undergraduate degree from Harvard College and her law degree from Yale Law School. She served for five years as an assistant district attorney in the New York County District Attorney’s Office, where she specialized in domestic violence and child abuse prosecution. 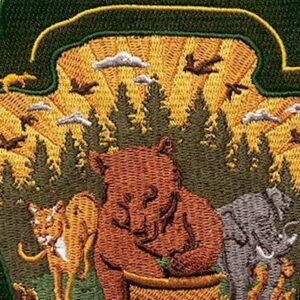