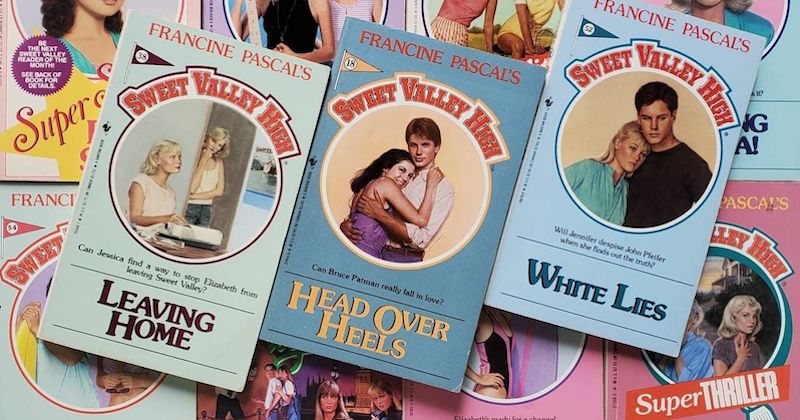 The creators of Gossip Girl are about to ruin Sweet Valley High.

Because nothing is sacred in this dying world and on Beyoncé’s internet, the brilliant (?) minds behind such iconic shows as the OG Gossip Girl (the only one I acknowledge because sorry, the HBO Max reboot/retool/continuation isn’t living up to the hype) and The O.C. are now adapting Francine Pascal’s Sweet Valley High series for television. Creative duo Josh Schwartz and Stephanie Savage are planning to develop the show for The CW, a network known for its tendency to run with the most nonsensical plotlines (Riverdale, anyone?) and its obsessive, borderline unhinged fandoms (I’m looking at you, Supernatural devotees).

According to Deadline, the show will be written by Ashley Wigfield, who is a writer-producer on the Gossip Girl reboot. This is the fourth time Wigfield has collaborated with Schwartz and Savage. The three previously came together for Marvel’s Runaways and the limited series Looking for Alaska, based on the John Green YA novel. Both shows were exclusively streamed on Hulu.

The show’s synopsis appears to deviate a bit from Pascal’s books: “Sweet Valley is the town everyone dreams of growing up in. And there’s no better example of that promise than Elizabeth Wakefield. But when her missing twin sister Jessica miraculously returns, it reignites a lifelong rivalry. It falls to new girl Enid Ruiz to discover that someone (or something) is pulling all the strings, but can she convince the twins that putting their personal war aside is the only way to drag Sweet Valley’s dark roots into the California sunshine?”

In Pascal’s series, we follow the heartbreaks and heartaches of blonde twins Jessica and Elizabeth Wakefield, who live in the fictional town of Sweet Valley, California. Although depicted as total opposites—Jessica was always cast as the fun-loving, popular, materialistic party girl while Elizabeth was the serious, practical, straight-edge academic all-star—they somehow both were blessed with the “perfect size-6 figures,” sparkling blue-green eyes, and matching Shirley Temple dimples. They never have a shortage of male suitors, money, or DRAMA. The books and the numerous spin-offs seem to try every soap opera trope you can think of: there are cases of amnesia, evil twins, abduction, love triangles, blackmail, suicide attempts, long-lost siblings, hostage situations, revenge makeovers, and forbidden love. I mean, these books had it all!

Like many people, these books were my guilty pleasure. Granted, I had little to no common ground with the twins. My experiences weren’t reflected in the hijinks of Jessica and Elizabeth, and I never expected the books to represent my identity. Their fictional trials and tribulations were pure escapism, an unattainable and lush fantasy that privilege (and let’s be real, whiteness) could bestow. I watched the 1994 TV show, which had frequent reruns on UPN. When the divisive Sweet Valley Confidential was published in 2011, which takes place ten years after the SVH series, you bet I bought that for my Kindle!

I’m not confident the Schwartz and Savage interpretation will be actually good, but will I endure at least the first few episodes? Of course. I’m a sucker for trash!

Stay tuned; no word yet on when this new Sweet Valley will premiere.