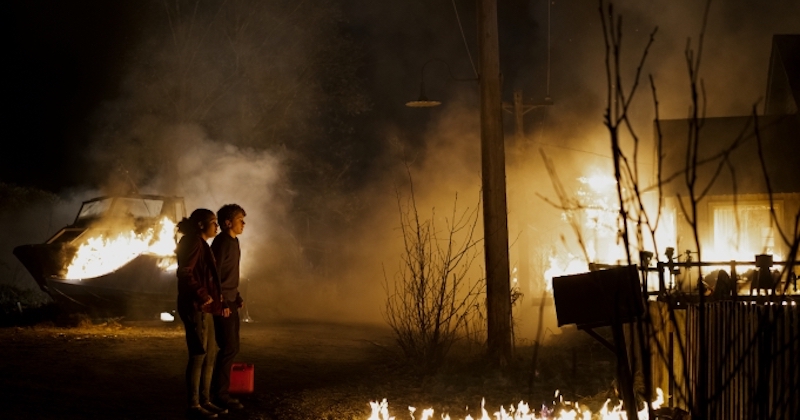 The creator of Midnight Mass is now adapting Poe’s Fall of the House of Usher.

Director/writer Mike Flanagan has quickly made a name for himself as a horror maestro. The man behind Netflix’s hit anthology series The Haunting and the recently released Midnight Mass is set to adapt Edgar Allan Poe’s “The Fall of the House of Usher.” Although there isn’t a release date yet, here’s what we do know:

*Justina Ireland recently confirmed via Twitter that she was one of the writers in the writers’ room. Ireland, a New York Times bestselling author, is known for the YA zombie novel Dread Nation and its sequel Deathless Divide. She’s also the former co-editor in chief of FIYAH Literary Magazine of Black Speculative Fiction.

*The eight-part limited series will be based on various Poe works. The exact plot is still unknown but follows Poe’s short story “The Fall of the House of Usher.” The story, originally published in 1839, explores themes of madness, family, isolation and identity.

*The series will not be connected to Flanagan’s previous projects and should be considered a standalone.

So, there you have it! Stay tuned for more details. Or, maybe, if you’re in need of a Flanagan-envisioned horror fix, you can always stream Doctor Sleep, Midnight Mass, The Haunting of Hill House, or The Haunting of Bly Manor. It is spooky season, after all.