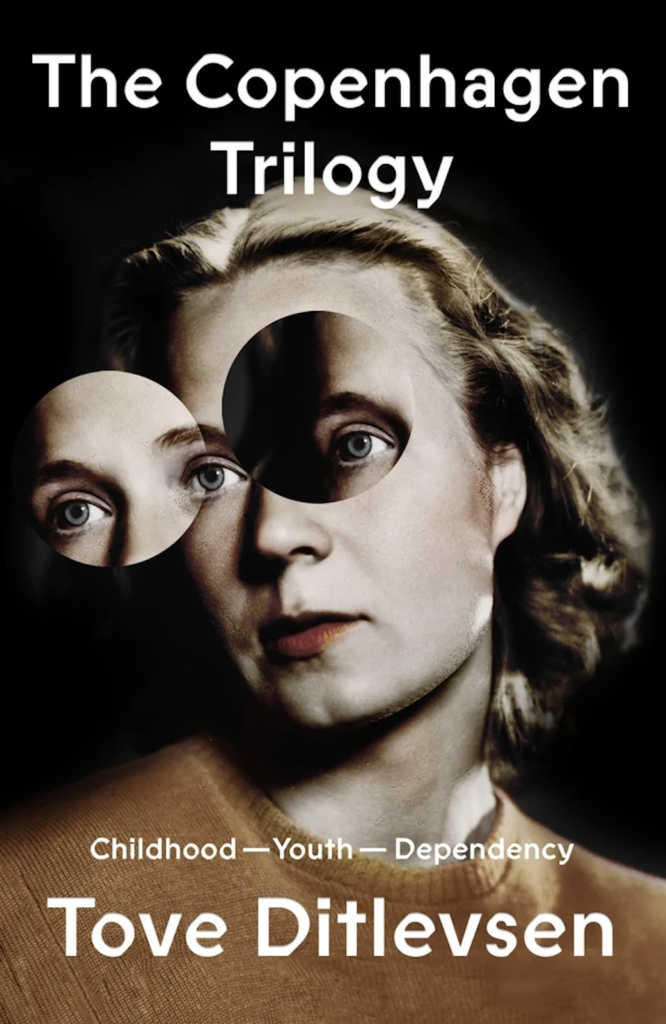 The following is excerpted from Tove Ditlevsen's trilogy, The Copenhagen Trilogy, about sex, motherhood, abortion, addiction, and being an artist. Ditlevsen was born in 1917 in a working-class neighborhood in Copenhagen. Her first volume of poetry was published when she was in her early twenties and was followed by many more books. She died in 1976.

In the morning there was hope. It sat like a fleeting gleam of light in my mother’s smooth black hair that I never dared touch; it lay on my tongue with the sugar and the lukewarm oatmeal I was slowly eating while I looked at my mother’s slender, folded hands that lay motionless on the newspaper, on top of the reports of Spanish flu and the Treaty of Versailles. My father had left for work and my brother was in school. So my mother was alone, even though I was there, and if I was absolutely still and didn’t say a word, the remote calm in her inscrutable heart would last until the morning had grown old and she had to go out to do the shopping in Istedgade like ordinary housewives.

The sun broke over the gypsy wagon, as if it came from inside it, and Scabie Hans came out with bare chest and a wash basin in his hands. When he had poured the water over himself, he put out his hand for a towel and Pretty Lili gave it to him. They didn’t say a word to each other; they were like pictures in a book when you quickly turn the pages. Like my mother, they would change in a few hours. Scabie Hans was a Salvation Army soldier and Pretty Lili was his sweetheart.

In the summer, they packed a bunch of little children into the green wagon and drove into the country with them. Parents paid one krone a day for this. I had gone myself when I was three years old and my brother was seven. Now I was five and the only thing I could remember from the trip was that Pretty Lili once set me out of the wagon, down in the warm sand in what I thought was a desert. Then the green wagon drove away from me and got smaller and smaller and inside of it sat my brother and I was never going to see him or my mother again. When the children came back home, they all had scabies. That’s how Scabie Hans got his name. But Pretty Lili was not pretty. My mother was, though, on those strange and happy mornings when I would leave her completely in peace. Beautiful, untouchable, lonely, and full of secret thoughts I would never know. Behind her on the flowered wallpaper, the tatters pasted together by my father with brown tape, hung a picture of a woman staring out the window. On the floor behind her was a cradle with a little child. Below the picture it said, ‘Woman awaiting her husband home from the sea’. Sometimes my mother would suddenly catch sight of me and follow my glance up to the picture I found so tender and sad. But my mother burst out laughing and it sounded like dozens of paper bags filled with air exploding all at once. My heart pounded with anguish and sorrow because the silence in the world was now broken, but I laughed with her because my mother expected me to, and because I was seized by the same cruel mirth as she was. She shoved the chair aside, got up and stood in front of the picture in her wrinkled nightgown, her hands on her hips. Then, with a clear and defiant little-girl voice that didn’t belong to her in the same way as her voice did later in the day when she’d start haggling about prices with the shopkeepers, she sang:

I didn’t like the song, but I had to laugh loudly because my mother sang it to amuse me. It was my own fault, though, because if I hadn’t looked at the picture, she wouldn’t have noticed me. Then she would have stayed sitting there with calmly folded hands and harsh, beautiful eyes fixed on the no- man’s-land between us. And my heart could have still whispered ‘Mother’ for a long time and known that in a mysterious way she heard it. I would have left her alone for a long time so that without words she would have said my name and known we were connected to each other. Then something like love would have filled the whole world, and Scabie Hans and Pretty Lili would have felt it and continued to be colored pictures in a book. As it was, right after the end of the song, they began to fight and yell and pull each other by the hair. And right away, angry voices from the stairwell began to push into the living room, and I promised myself that tomorrow I would pretend the wretched picture on the wall wasn’t even there.

The sun broke over the gypsy wagon, as if it came from inside it, and Scabie Hans came out with bare chest and a wash basin in his hands.

When hope had been crushed like that, my mother would get dressed with violent and irritated movements, as if every piece of clothing were an insult to her. I had to get dressed too, and the world was cold and dangerous and ominous because my mother’s dark anger always ended in her slapping my face or pushing me against the stove. She was foreign and strange, and I thought that I had been exchanged at birth and she wasn’t my mother at all. When she was dressed, she stood in front of the mirror in the bedroom, spit on a piece of pink tissue paper, and rubbed it hard across her cheeks. I carried the cups out to the kitchen, and inside of me long, mysterious words began to crawl across my soul like a protective membrane. A song, a poem, something soothing and rhythmic and immensely pensive, but never distressing or sad, as I knew the rest of my day would be distressing and sad. When these light waves of words streamed through me, I knew that my mother couldn’t do anything else to me because she had stopped being important to me. My mother knew it, too, and her eyes would fill with cold hostility. She never hit me when my soul was moved in this way, but she didn’t talk to me, either. From then on, until the following morning, it was only our bodies that were close to each other. And, in spite of the cramped space, they avoided even the slightest contact with each other. The sailor’s wife on the wall still watched longingly for her husband, but my mother and I didn’t need men or boys in our world. Our peculiar and infinitely fragile happiness thrived only when we were alone together; and when I stopped being a little child, it never really came back except in rare, occasional glimpses that have become even more dear to me now that my mother is dead and there is no one to tell her story as it really was.

Check out the gorgeous new trailer for The Underground Railroad. 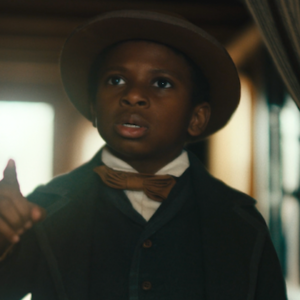