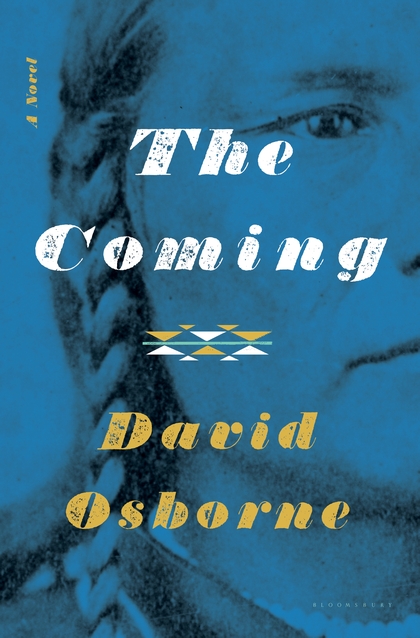 The following is from David Osborne’s novel, The Coming. Osborne is the co-author of five nonfiction books: The Price of Government, The Reinventor's Fieldbook, Banishing Bureaucracy, Reinventing Government, and Laboratories of Democracy. He writing appears in Washington Post, The Atlantic, The New York Times Magazine, Harper's, The New Republic, Governing, Education Week, U.S. News, and other publications.

William Clark tucked his head down as the rain dripped off his hat. He was a large-boned man, with a long, reddish face and nose and a high brow. It was a rough face but confident, accustomed to command. He rode at the head of a long procession—31 men, one woman, and one child—snaking its way up a steep, forested slope. Clark’s horse slipped on the mud-slick trail, and those on foot stopped every few minutes, breathing hard, while the packhorses strained under their loads, snorting and blowing.

Would they ever make it over these godforsaken mountains? Clark though back to the day, less than a month ago, when he had first reached the Divide. It had been a warm afternoon, and he had been sweating from the climb, his heart pounding in his chest. Lewis had warned him, but when the view finally opened up, he had stopped dead. Spread out before him were range after range of immense, snowcapped peaks, as far as the eye could see. He counted five ridges, all higher than any mountains he had ever beheld.

The wooded trail they now ascended had settled on top of a ridge that rose from south to north, no more than ten feet wide. Much of the timber on the high points had been burned and blown down, so they had to pick their way around and over a jumble of fallen trees. As Clark wound his way off the ridge around a downed spruce, the bay mare that carried his trunk and writing desk slipped and rolled. He watched as she slid for 40 yards before the desk slammed into a tree and splintered. “Son of a bitch,” he muttered.

He dismounted, grabbed a rope that lay coiled against his saddle, and walked back to where a knot of men had gathered. He threw one end of his rope to Peter Weiser: “Tie this to a tree.” When it was secure, he let himself down the slope until he reached the mare, which shied from him. He spoke to her in a low voice, standing quite still, until she gentled enough for him to get close. He cut off the broken desk and trunk, then tied the rope to the trunk so the men could haul it up. He would leave the desk. When they threw the rope back down, he tied it to the mare’s lead. He stepped back and gave her a swat on the hindquarters; Collins, Weiser, and York heaved on the rope, and the mare struggled up the slope.

Clark started up behind her but slipped and fell to his hands and knees in the mud. “God damn this mountain to hell!” He wiped his hands on his wet leggings and got to his feet. Collins threw him the rope, and the men slowly pulled him back up.

The trail grew steeper as they fought their way upward. Two other horses fell and rolled. It took ten men to get one of them back up on the ridge; the other came up so lame, they had to shoot it. They unpacked its load of cooking pots and utensils and parceled them out to other horses.

“We should butcher that animal,” young Shannon told Clark. “You volunteerin’ to carry the meat?”

“You think these other horses can carry more weight?”

“We stop to cook now, we’ll never get up this mountain.” They left the dead horse where it lay.

At noon the land flattened out a bit. Old Toby, their Shoshone guide, found a spring hidden amongst a thick stand of tall pines, their bases choked with huckleberry. Stop here, eat, he signed. Clark nodded, directed Collins to light a fire and heat up some parched corn and portable soup—a vile mixture Lewis had procured in Philadelphia in powdered form. As the men straggled in, they took the soup and corn silently, too spent to do more than grumble.

The rain had stopped now and the clouds had begun to lift. Lewis sat down beside Clark, a bowl in one hand, his spyglass in the other. He raised the glass, trained it on the mountains to the south, their peaks like a wall of teeth bared against a foe.

“Did it snow up there again?” Clark asked. Yesterday, at a stony summit they’d crossed before descending to the river, it had snowed for two hours. Lewis lowered the glass and nodded. Lewis had an odd combination of a gentleman’s face—serious gray eyes, long black lashes, small, tight-lipped mouth—atop a woodsman’s frame. “We’re five days in, and Toby said the Pierced-Nose Indians do it in six days.”

“You think we’re traveling as fast as Indians?”

“We don’t even know if we’re on the right trail.”

Lewis gazed at him. “We will not spend a second winter east of these mountains.”

Clark remembered the day they had met, a decade ago, when the younger man had reported to his command at Fort Greenville—stiff, bowlegged, standing so straight as he saluted it seemed he would fall over backward. He was the most determined man Clark had ever encountered.

When they started back up, Clark’s horse proved fatigued beyond all endurance. He had little choice but to proceed on foot, though his left leg still ached from a fall he’d taken exploring Lewis’s River.

Behind him, two more horses hell and rolled until they wedged against downed trees, but only one had to be left behind. Though the rain held off, the temperature was dropping.

Near the top of the trail wound around immense granite knobs that erupted out of the mountainside. Finally they intersected a ridge running east-west, where the real trail appeared, some five feet wide and clear as day. Drouillard and Colter lay supine on a fallen pine, waiting for them. As they rose to their feet, Clark and Toby stood mute, completely spent. As far as they could see, in every direction, lay mountains, the highest peaks frosted in white.

The hunters had killed but two pheasants; up this high, they said, game was scarce.

“Ain’t much of a Northwest Passage, is it?” Colter muttered.

Toby led them west along the narrow ridge. The rest of them spread out, searching the hillside for any sign of a spring. As dusk came on, Toby stopped where a bank of old snow lay protected on the northern edge of the ridge. Melt for water, he signed.

Clark felt as if they were at the top of the world, exposed to anything Mother Nature should choose to inflict upon the. There was not flat spot to camp but right on the ridge.

When the first cook arrived, Clark ordered him to broil the remains of the colt they had killed the day before. The rest of the men trudged in through the dark: the Field brothers together; Cruzatte limping; Labiche swearing in French. Charbonneau staggered in the last and collapsed, his ample girth flat on the ground. They devoured what little was left of the horsemeat, along with the pheasants and portable soup, but it was not enough.

Clark sat by the fire to record the day in his journal, as he did every evening. Lewis lowered himself onto a log beside him. “I trust you have confidence we’re on the correct trail now?”

Clark nodded. “But we’re traveling half as fast as the Indians do.”

“How would you know what?”

“He hadn’t got us lost, we wouldn’t have had that climb today.”

The truth of it weighed on Clark. Yesterday, when Toby confessed that he had missed where the trail turned north, in the snow, Sacagawea had let her disgust show. When Clark took her aside, she told him Toby hadn’t been on this trail since he was a boy. Clark kicked himself for not consulting her sooner.

A few days earlier, she had explained that had they simply bought horses from the Mandans, they could have reached the head of the trail in four days’ ride from the Great Falls. Intead, they had spent two months struggling southward up the Missouri, trading with her people for horses, carrying their goods across the Divide, then riding back north for two weeks. Whey had it not occurred to them that the girl might know the upper Missouri country? If they were to reach the Pacific, they could not afford another such mistake.

“We’re nowhere near the end of these mountains,” Clark finally said.

Lewis met his gaze. “Have faith, my friend. One way or another, we’ll make it.”

“If we don’t starve first.”

“When the colts run out, we’ll eat horses.”

“And carry our goods on our backs?”

Lewis’s face knit in exasperation. “Do we have a choice?”

“We could go back, winter in the valley, with the Flatheads.”

Chief Three Eagles had treated them with every politeness. His people had been hungry too, their dogs so desperate they ate four pairs of the men’s moccasins. But they had secured the corps from want, then sold the captain 11 horses. And their women. Clark had not enjoyed the nightly company of a woman since Fort Mandan, and he should not have partaken, he knew. Julia—pale, dark-haired Julia—was waiting in Virgina for his return, becoming a woman herself. But when these Indian women came to him he could never resist—their brown skin, brown breasts, so lovely, their unself-conscious pleasure unlike anything he could imagine in a white woman.

“You just want another winter with loose women.”

“I want to survive.”

He turned to Lewis. “What happens when it snows again, Meriwether? We’re high enough we’ll be in the gut of it. What happens if it doesn’t stop? If we can’t find the trail?”

Lewis glared. “We winter on the Pacific.”

From THE COMING.  Used with permission of Bloomsbury. Copyright © 2017 by David Osborne. 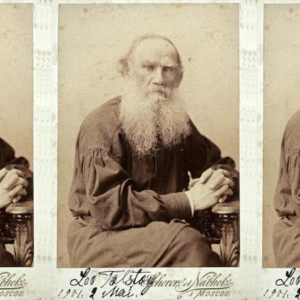 Lit Hub Daily: February 22, 2017 When writing a biography becomes a race against death. | Literary Hub Among the bones of the Badlands, a paleontologist...
© LitHub
Back to top