The CIA Scheme That Brought
Doctor Zhivago to The World

It Went All the Way to the Top

In 1956, Sergio D’Angelo made a journey by train from Moscow southwest to the Soviet-made writers’ colony Peredelkino. He was there to meet the rock-star famous writer Boris Pasternak, whose poetry was so beloved that, if he paused during a reading, audiences would shout the missing words. But Pasternak’s original work hadn’t seen daylight in years; the Soviet government didn’t possess quite the same warm feeling toward Pasternak as his fans, doubting his loyalty to the Communist Party, which controlled the publishing industry. He’d been translating classic works of literature, such as Shakespeare’s plays, into Russian instead since the 1940s.

D’Angelo hadn’t ventured from the city to pay homage, though—he had a proposition for Pasternak. When he arrived at Pasternak’s dacha, a brown two-story house nestled among green birches and fir trees, D’Angelo found Pasternak waiting for him at the garden gate. Pasternak was 66 years old but still spry. He was dressed comfortably to work in his garden, including a pair of Wellington boots. From Pasternak’s bright smile and enthusiastic handshake, D’Angelo could see it was a joy for him to receive visitors, especially ones from outside the Soviet Union who brought news of the world.

They sat in the poet’s garden among the flowers and the fruit trees and talked about D’Angelo’s native Italy and the duties for the Italian Communist Party which brought him to Moscow. Primarily, he worked with Radio Moscow on Italian-language programming. But he was visiting Pasternak on behalf of Feltrinelli, an Italian publisher. Feltrinelli was interested in a novel Pasternak was rumored to have penned. D’Angelo had come to Pasternak’s dacha to ask for the novel.

D’Angelo’s was no small request. Since Stalin’s death, cultural prohibitions had been thawing, but the risks of the past were still fresh in Pasternak’s mind. If Doctor Zhivago was published in Italy before making its appearance in Russian print, Pasternak could be charged with disloyalty. Less than 20 years earlier, the writer Boris Pilnyak, Pasternak’s former next-door neighbor, had been executed for violating the party’s literary commands, specifically the rumored publication of a novel outside the USSR. Pilnyak’s execution was enough to scare Soviet writers like Pasternak into walking the straight and narrow party line.

Pasternak protested: the novel couldn’t be published. It had to be published in the USSR first. Given Pasternak’s questionable standing with the party—and the content of the book—he thought that was impossible.

Literary propaganda was a company-wide preoccupation. The scheme went all the way to the top.

“It doesn’t conform to official cultural guidelines,” the poet said, according to Peter Finn and Petra Couvée in their book, The Zhivago Affair: The Kremlin, The CIA, and the Battle Over a Forbidden Book.

The novel itself was less than ideal fodder for loyal communists. Although Doctor Zhivago takes many of its cues from the tradition of epic Russian novels, die-hard Soviets took issue with the novel’s themes. Its main character is a doctor and poet, Yuri Zhivago, who treats soldiers on both sides of the war during the Russian Revolution. He eventually returns home to find the Moscow of his childhood changed beyond recognition, with communists controlling the city, chaos reigning, and the rarified world of art and intellect gone forever, or so it seemed to Zhivago.

“Not long ago there was a sacred duty to the motherland, military valor, lofty social feelings,” Pasternak writes in Doctor Zhivago. “But the war is lost, that’s the main calamity, and all the rest comes from that, everything is dethroned, nothing is sacred.” Zhivago waxes poetic and loves to the depths of his soul, but beset within the literary gilding, the reader will find a character who is very much a part of Russia’s former world of finery, who, much like his author, is lost in the present.

Doctor Zhivago laid Pasternak’s heart bare. It revealed him as a less-than-perfect communist in an era when the sin of all sins was longing for the past. Could Pasternak trust D’Angelo with such dangerous vulnerability?

Pasternak withdrew from the garden and from D’Angelo. When he returned, he was holding a newspaper-wrapped package. It held the manuscript for Doctor Zhivago, almost 800 type-written pages raw with Pasternak’s own handwritten revisions. Pasternak presented the package to D’Angelo along with his trust.

“This is Doctor Zhivago,” Pasternak said, according to The Zhivago Affair. “May it make its way around the world.”

A little less than two years later, the massive manuscript of Doctor Zhivago would arrive at the offices of the Central Intelligence Agency as two rolls of film. There is great power in literature. We know that. As it turns out, so did the CIA.

“Books were weapons,” writes Finn. “If a piece of literature was unavailable or banned in the USSR or Eastern Europe, and the work might challenge or contrast with Soviet reality, the agency wanted it in the hands of citizens in the Eastern Bloc.”

Higher ups at the CIA found that Doctor Zhivago was just the kind of literary weaponry they’d been searching for, according to declassified documents released by the CIA. “Pasternak’s humanistic message—that every person is entitled to a private life and deserves respect as a human being, irrespective of the extent of his political loyalty or contribution to the state—poses a fundamental challenge to the Soviet ethic of sacrifice of the individual to the Communist system,” John Maury, the Soviet Russia Division chief, wrote in a declassified memo. “There is no call to revolt against the regime in the novel, but the heresy which Dr. Zhivago preaches—political passivity—is fundamental. Pasternak suggests that the small unimportant people who remain passive to the regime’s demands for active participation and emotional involvement in official campaigns are superior to the political ‘activists’ favored by the system. Further, he dares hint that society might function better without these fanatics.”

The agency decided that Doctor Zhivago should be published and distributed throughout the free world for maximum effect. They wanted the novel to reach as many average Soviet citizens as possible. If bombs couldn’t shake the ice out of the Cold War, planting doubts in the minds of the USSR’s citizens had the potential to rupture the superpower from within.

Printing the book wasn’t only the work of a few low-level spies, though. Literary propaganda was a company-wide preoccupation. The scheme went all the way to the top.

“It has also been argued that the printing was the work of Russian émigrés in Europe and the agency’s involvement was marginal—no more than that of the financier of émigré front organizations,” Finn writes in

The Zhivago Affair. “The CIA was in fact deeply involved. The operation to print and distribute Doctor Zhivago was run by the CIA’s Soviet Russia Division, monitored by CIA director Allen Dulles, and sanctioned by President Eisenhower’s Operations Coordinating Board, which reported to the National Security Council at the White House. The agency arranged the printing of a hardcover edition in 1958 in the Netherlands and printed a miniature paperback edition of the novel at its headquarters in Washington, D.C., in 1959.”

Though the Nobel Prize hadn’t been part of the CIA’s plan—they sent no copies to the Swedish Academy—the prize wasn’t outside the realm of possibility. Pasternak had already been nominated for the Nobel Prize in Literature in 1946, 1947, and 1949. Scholars the world over believed it was about time for him to be honored. When Doctor Zhivago became a worldwide phenomenon—with plenty of help, of course, from the CIA’s own printing presses and guerilla distribution tactics—the novel’s popularity and relevance to the cultural moment locked in Pasternak’s nomination, and he was awarded the Nobel Prize for Literature in 1958.

Soviet literary circles attacked the nomination with venom. Several popular literary magazines published takedowns of Pasternak. In the Soviet literary world, he became persona non grata. This, and the recent memory of his friend Pilnyak’s execution for treachery, convinced Pasternak to turn down the prize.

“The decision to reject the Nobel Prize brought no respite, however,” writes Finn. Many of Pasternak’s detractors believed his heart wasn’t in the act. He was simply obliging to the party’s wishes and performing as expected.

Lightweight books were easy to smuggle, and CIA operatives succeeded in planting hundreds, if not thousands, in Soviet Bloc countries and gave them out to Russian tourists visiting the West.

Meanwhile, the prize caused a fervor for the book, and the CIA increased their output. They created a small paperback Russian-language edition on onionskin paper. These lightweight books were easy to smuggle, and CIA operatives succeeded in planting hundreds, if not thousands, in Soviet Bloc countries and gave them out to Russian tourists visiting the West. Students and intellectuals clambered for them. The tide of these tiny books became so strong that Soviet customs officials were ordered to look for them specifically and remove them from travelers’ luggage. KGB operatives watched traveling students in particular. Sometimes they approached the students to ask about the books. “Take it, read it,” they said, according to Finn, “but by no means bring it home.”

Even though Pasternak died in 1960, his novel’s legacy continued to grow. His Italian publisher, Giangiacomo Feltrinelli, sold the novel’s film rights to Metro-Goldwyn-Mayer in 1964. He quibbled with the producers, insisting that the novel should not at any cost misrepresent Pasternak’s vision. David Lean, the film’s director, wanted to make a story that was relatable and poetic. He wanted viewers to feel for the characters and understand them. But Feltrinelli warned the studio against betraying Pasternak’s vision.

Despite the initial worries, the film stayed as true to a novel as a movie can be. Some critics have called out the movie for being simplistic in regards to its historical representation of the Russian Civil War, which is true. But should we expect realistic representations of war and strife on the silver screen? Not necessarily.

The film debuted in 1965 and quickly became one of the highest-grossing movies in Hollywood history. With Omar Sharif as the eponymous Zhivago and Julie Christie as Lara, the film humanized Russia, the West’s would-be Cold War enemy.

But the USSR didn’t see it that way. The Communist Party banned the film in the Soviet Union, but just like the book, the movie managed to sneak in. The Cold War wouldn’t officially end for another 25 years. Nonetheless, Pasternak’s story made a lasting impact that perhaps he himself could never have anticipated.

Even Nikita Khrushchev thought so. After he was ousted as the leader of the USSR, Khrushchev read the novel and lamented, not just that he’d had a hand in banning the book, but that it had been banned at all.

“Some might say it’s too late for me to express regret that the book wasn’t published,” Khrushchev wrote in his memoirs. “Yes, maybe it is too late. But better late than never.”

Rebecca Renner is a freelance writer from Daytona Beach, Florida. Her work has appeared in The Paris Review, The Atlantic, and The Washington Post. She is working on a novel.
http://rebecca-renner.com

Tragedies of Ambition: On the Fine Art of American Sportswriting 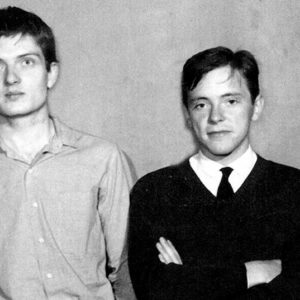 “As we age, we grow embarrassed at our own seriousness, from remembering being that teenager sat in their bedroom, underlining...