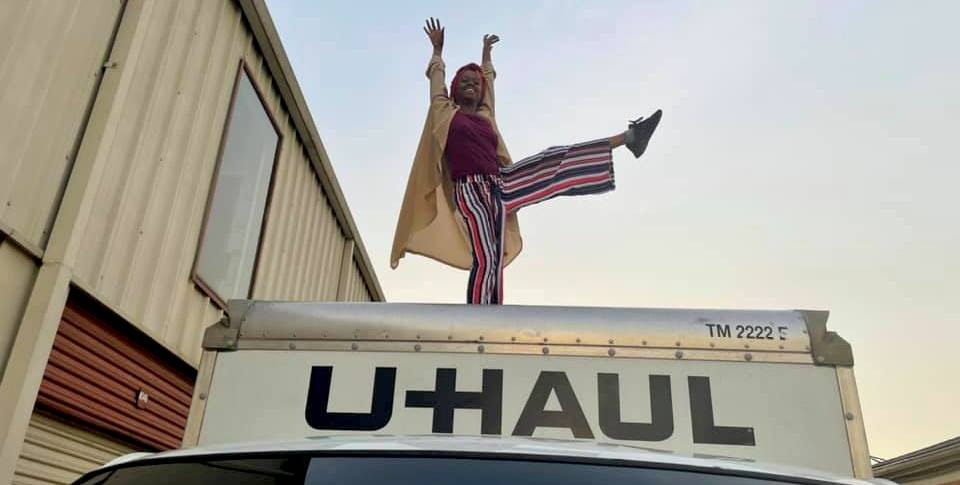 The Change You Want to See: From Free Meals to Good Books, Doing the Work in Jersey

Earlier this month the bookstore Hidden Gems Literary Emporium opened in New Brunswick, New Jersey, with a “live band, vendors, and visiting authors.” The headline in My Central Jersey sounded like one that we’re seeing (fortunately!) rather often: “Black-owned bookstore opening in New Brunswick ‘to serve our community.’” But read on and you learn there’s something a little different going on this time.

Kaila Boulware-Sykes, her husband Raymond Sykes, and their one-year-old son Truth began developing the idea for the Hidden Gems Emporium while distributing meals and groceries to hungry people through the New Jersey nonprofit Tree House Cares. Tree House Cares founder Tanya Veltz told WNYC Radio’s Brian Lehrer last winter that during the pandemic they went from distributing 150 meals a week to 400 meals a day. Kaila and Raymond were informally distributing food to hungry people in their neighborhood when they answered an Instagram post asking for someone to distribute 30 boxes of food for Tree House Cares. Now they have ten volunteers for their New Brunswick branch and have delivered more than a million pounds of food in three years.

Having a baby, and wanting to make sure that books were a part of his life, had reminded Kaila how important it is to connect people with reading. “The first thing that we put in [our son’s] hands was a book,” Kaila told My Central Jersey. “Already, he loves to read.” One day they brought their baby into a nearby bookstore. “From the stares, and whispers, we could tell we were not welcome. But we had our son, Truth, with us, and we wanted to give him the experience of exploring through shelves filled with so many books. When we left, the cashier made a phone call and said, ‘Okay, they are leaving now.’” Raymond, heartbroken, prayed for guidance.

They went into the New Brunswick art gallery Above Art Studios that was hosting their food distribution program and Kaila’s occasional poetry nights (Kaila and Raymond are photographers; they were both students at Rutgers), and asked if they could create their own bookstore in the space. “That’s the main reason we are doing this,” she told My Central Jersey, to pass books on to Truth and other children, to foster a love for reading in the next generation. Passionate readers themselves, they would sell books to help pay the bills, but their real goal was to give books away, by the thousands, to people who might otherwise not have them.

They put out the call for book donations and were overwhelmed by the response. A hundred people from an East Brunswick freecycling group donated bookshelves and books; Kaila read all their names into a video of thanks. She had to request funds just to rent a truck and a storage unit for all the donations. By the time the Emporium officially opened they had already outgrown their space. Hidden Gems Literary Emporium sells paperbacks for $5 and hardcovers for $10, and they are working on offering new books as well with a focus on local authors.

“We want to create an environment where all people are welcome and loved, no matter what color, race or religion they are.”

Kaila says public events, drawing people into the experience of reading, is central to their mission. They host exhibitions and drawing classes and play music. They encourage reading aloud at the gallery’s stage and extend an offer of welcoming space, access to a computer, and literacy-supporting programs to the public. Kaila told My Central Jersey that their dream is “to cultivate knowledge, wisdom, truth and ‘over’-standing here in New Jersey, and beyond.” (Tree House also as it happens began as a cultural arts and entertainment group, hosting free community music and art festivals, and found themselves expanding to provide food and homeless services to meet the need.)

The circulatory system of books is a wonderful thing to contemplate. In their study of “book deserts” Susan Neuman and Naomi Moland note that “it is critical for children to be immersed in a book culture early on. Although libraries are critically important, studies have shown that the very presence of books in children’s homes is related to reading achievement.” But not every book you read is one you need to keep. All readers have fond memories of finding the book that was left behind, in the summer rental, the box on the sidewalk. Little Free Libraries across the world are proclaiming a culture of book giving and receiving. (We are at work on our own Little Free Library with architect and furniture designer Rowan McAllister—more on that soon!).

In the height of the pandemic Millie Ginnett in South London started a book exchange to help readers pass books among locked-down houses. Salon has identified other creative ways to give books a next life: a version of the Icelandic holiday tradition of the Jolabokaflod (book flood), in which readers trade books for the holidays; giving to children’s hospitals and prison libraries. (Salon began with the chilling figure that 640,000 tons of books a year end up in landfill, which is something we really cannot bring ourselves to think about. A school librarian once told me that sometimes she has to throw away books because she doesn’t have a mechanism to give them away. You can donate books, though, to school libraries through Project Cicero.) The Housing Works bookstore was founded by AIDS activists in the 1990s to provide supportive housing for people with HIV/AIDS by selling donated books. The National Book Foundation and House of Speakeasy have programs delivering publisher-donated books to public housing and other book-scarce neighborhoods.

Both Kaila and Tanya’s stories have an element of prayer. Tanya told Brian Lehrer that she began Tree House after begging God for help in the midst of a terrible illness. When she recovered she dedicated her life to the care of others. Kaila says “I really believe that our heavenly father put it in our heart and wanted us to give out free books. We just started praying on it.” She told the East Brunswick news outlet Tap Into East Brunswick, “We are firm believers that you reap what you sow. When you give abundantly, you receive abundantly. And, when you put others before yourself, the spiritual reward is unmatched. [Our] grand opening had all demographics. All colors. All ages. All races and religions. It was so beautiful.”

In a few weeks Kaila and her family are holding a festival in thanks for those who contributed to a GoFundMe drive to support her family after they were assaulted by police, and Truth was taken from them, in North Carolina while returning from a family trip. In a heartfelt Facebook post Kaila reflected on an encounter with a homeless man, Brian, and on the role of libraries as a place of refuge for homeless people, and asked, “What can I do for people like Brian who do not have a home to sleep in? How, as a people, can we stop pre-judging one another and move forth with more love?”

Kaila and Raymond’s response to their experiences of hardship and exclusion and violence has been to create a model for a better world, and to make it out of a bookstore. “We want to create an environment where all people are welcome and loved, no matter what color, race or religion they are. We want to be able to provide books to our communities at a low price, so everyone has access to knowledge, wisdom and truths.”

When I told Kaila I was planning to write about the Hidden Gems Emporium, she had one request: could I spread the word about this offer of a piano for a student of the musical arts.

Ann Kjellberg is the editor of Book Post, a book review delivery service, where she also offers commentary on bringing books to a larger audience.

10 things all writers could learn from Love Island. No, seriously. 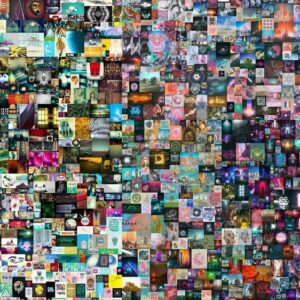 Blake Butler had given up on publishing Decade. He’d written the novel in 2008, and its complicated structure and dense...
© LitHub
Back to top