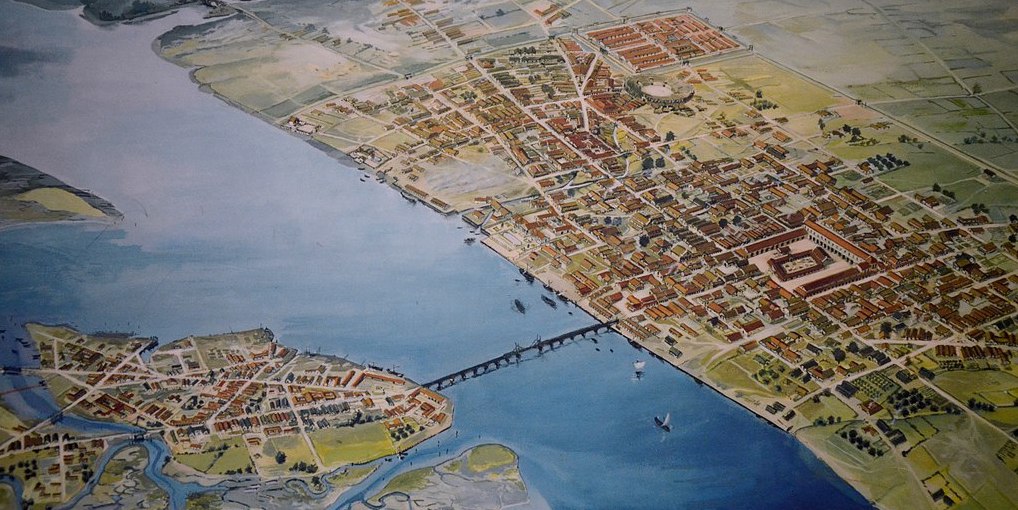 When I started writing my novel Dark Earth five years ago, friends asked what this new book of mine was going to be about. When I told them it was going to be set in the ruined city of Londinium in the sixth century, they raised their eyebrows.

“Sixth century?” one said. “Sixth? Really? Isn’t that a bridge too far?”

“Isn’t the sixth century, like, the darkest corner of the Dark Ages?”

“Yes,” I said, “but it’s only dark to us. It wasn’t dark to the people actually living there.”

An archaeologist friend was equally flummoxed.

“Why would you do that to yourself?” he said. “There are no written records of life in Britain in the sixth century. Londinium was unoccupied, abandoned, crumbling. How do you even begin to make it come to life?”

The scale of what I—we—didn’t know seemed overwhelming. Perhaps my friend had been right when she’d said this was a bridge too far.

“Exactly,” I said. And I realized that it wasn’t the challenge that interested me, but that I just really wanted to go in there. I wanted to see it for myself.

I decided I’d give myself a few months to see what I could find. If I was going to “see” or reconstruct this ruined city for myself, first I had to find out what it looked like before 420AD, when the Romans withdrew their last administrators and soldiers and ordered them to return to Rome.

I began with a particularly detailed and beautiful map that the Museum of London had produced. It marked all the landmarks of the Roman city on top of the current city streets. I pinned it to my wall.

The first thing that struck me was how big the city was, the same size as the area of modern London that we call The City. There was a fort, an amphitheater, a forum and marketplace, public bath houses, private bath houses, fancy palaces with pools and colonnades and landscaped gardens, warehouses and wharves. A single wooden bridge crossed from the main part of the city on the north bank to the mud island settlement on the south bank that we now call Southwark.

In the Roman display rooms at the Museum of London, I found artist’s reconstructions of the city in its prime and intricate models of the wharves and warehouses on the north bank, complete with tiny figures of Roman workers and slaves unloading boats. The glass cabinets were stuffed with artifacts that archaeologists have found from this bustling period when Londinium was the centre of Rome’s northernmost imperial outpost, Britannia: nails, tools, jewelry, pots, jars of fish oil and olive oil, statues, brooches, furniture, buckles and shoes.

But these pictures and models and artifacts weren’t going to help me find out what Londinium looked like, or smelled like, or sounded like, eighty years after the last Romans left in 420AD. Or during the four hundred years between the Romans leaving and the reoccupation of the city four hundred years later. The city must have turned into a great Sleeping Beauty of a ruin, colonnades crumbling, statues of emperors and gods toppling, roofs caving in, trees pushing up through derelict buildings, wolves and wild dogs stalking the streets.

The Museum of London didn’t have a room dedicated to Londinium’s derelict centuries. But it did have a starkly white corridor between the rooms that represented Roman London and the rooms that represented Medieval London, the period when Britons reoccupied the city again. That white corridor, was, I presumed—admiringly—designed to symbolize the great abandoned sleep of the city, its post-human centuries.

Standing there in the Museum, the scale of what I—we—didn’t know seemed overwhelming. Perhaps my friend had been right when she’d said this was a bridge too far.

But then I spotted a single frame hanging on the walls of the white corridor. It was so small that I had missed it the first time. Inside the frame there was a rusty, broken brooch, about an inch in diameter, the kind of brooch that Saxon women used to hold up their dresses, pinned at the shoulder. The sign underneath the frame said that a Saxon woman had dropped her brooch as she walked across the fallen roof tiles of a derelict bathhouse on the north bank of the Thames. The lost brooch had fallen down among the tiles. It would have been lost forever if an archaeologist had not found it while digging the site of the bathhouse in 1968.

I felt the hairs on the back of my neck standing up. The incoming Saxons were different from us. Of course they were. They believed in strange gods. They sacrificed things. They cooked over open fires. But they couldn’t be that different from us. A few of them must have been curious enough to brave the dangers of the ghost city—wild animals, perilous holes, falling walls—just to see the wonder of it for themselves.

Excited, I emailed the curator of the Museum’s collections, Roy Stephenson. I explained that I was writing a novel and I was interested in the brooch hanging on the wall in the white corridor. He agreed to meet me.

I folded out my now rather worn map on the small table in the Museum café.

“The woman who wore the brooch,” I said, getting straight to the point. “I keep trying to think about why she might have gone in there.”

“You’re not the only one,” he said. “But we’ll never know. With sixth century people, there’s no diary or letters to unearth. We can only speculate. And, as archaeologists, our work is with evidence not with speculation. But that doesn’t mean,” he said, lowering his voice, “that, privately at least, we archaeologists don’t wake in the night thinking about the same kind of questions that are bugging you. I often wonder what it would be like to walk through that ruined city,” he added. “Look.”

He opened his laptop and showed me the photographs of the ruined city of Pripyat that he had collected. Pripyat is of course one of the cities fenced off after the Chernobyl nuclear power plant explosion. It had become an exclusion zone.

“Look at it now,” he said. And we both stared at pictures of roofs caved in, dolls discarded in empty rooms, school rooms with maps still hanging on the walls, litters of kittens sprawling in the drawers of old desks, owls nesting inside empty sitting rooms.

“That’s after only thirty years of abandonment,” he said. “Think how much more derelict Londinium would have been eighty years after the Romans left.”

Mutual curiosity had won me the trust and collaboration of this curator. It would also, via him, bring me the support of other experts. I was not alone with my curiosity after all.

Over the next few weeks Roy introduced me to a network of specialists who work on ruined Londinium and its hinterlands—osteoarchaeologists, brooch experts, sword experts, soil experts, even pollen samplers. Soon, whenever I had a question—was the bridge still standing in 500AD? What plants and trees would have grown in the ruins? Would there have been rats? Wolves? If there were occasional looters what would they have been looking for? How quickly would the Roman sewers have clogged up?—I’d make a call, send an email. And as the ruined city became more and more visible to me, so did my novel. And of course my fierce curiosity became my character Isla’s fierce curiosity.

In Dark Earth two Saxon sisters go on the run, pursued by the local overlords. One of them, Isla, has learned sophisticated sword-making skills from her father the Great Smith, and this is against the Saxon law. The other, Blue, has the Sight. The sisters are forced to take refuge in the ruined city. They find a community of women living among the ruins, migrants and looters.

Now that Dark Earth is finished and out in the world, I have folded up the last ragged copy of my map and tucked it away in the boxes of research materials. But I still go there in my dreams. And sometimes I wonder if the long dead Saxon woman of the Billingsgate brooch, who I have called Isla, might be still dreaming about the empty city too. 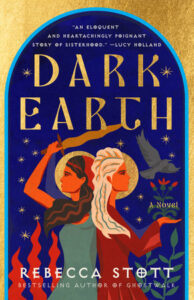 Rebecca Stott is a professor of English literature and creative writing at the University of East Anglia in Norwich. She is the author of Darwin’s Ghosts: The Secret History of Evolution, the novels The Coral Thief and the national bestseller Ghostwalk, and a biography, Darwin and the Barnacle. She is a regular contributor to BBC Radio and lives in Norwich. 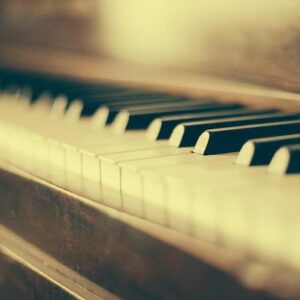 Vladimir Horowitz wears a purple suit and bow tie. Before playing, he cracks jokes with the interviewer. His wry humor displays...
© LitHub
Back to top
Loading Comments...