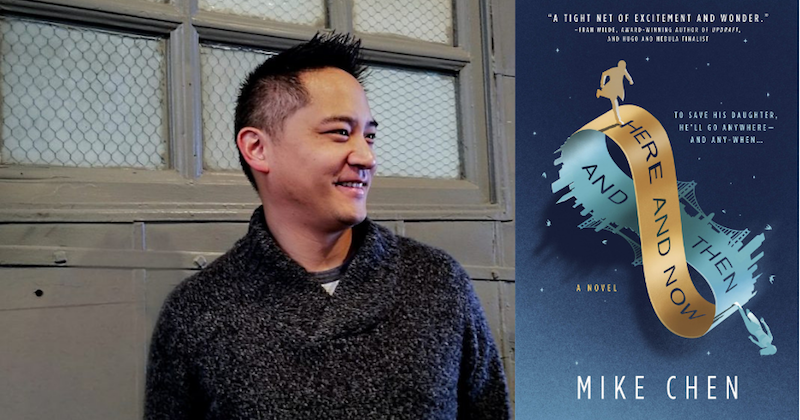 The Challenges of Readjusting After You’ve Been Time Traveling

This week on New Books in Science Fiction, Rob Wolf interviews Mike Chen about his debut book Here and Now and Then (MIRA, 2019).

In many respects, Chen’s novel is a portrait of patience. The main character, Kin Stewart, waits 18 years for his employer to retrieve him from an assignment. Then, after being rescued, he needs many months to re-acclimate to his old life.

Those waits, however, are nothing compared to how long it takes him to re-connect with the daughter he is forced to abandon: more than 120 years.

Stewart, of course, has no ordinary job. He’s an agent from the year 2142, employed by the Temporal Corruption Bureau to fix anomalies in the timeline. When his retrieval beacon breaks on assignment in the 1990s, he’s convinced he’ll be stranded forever. To make the best of a dire situation, he ignores his employer’s prohibition on having relationships in the past: he falls in love, gets married, has a daughter, and settles into a quiet life in the suburbs.

Needless to say, it throws monkey wrench in his plans when the Temporal Corruption Bureau arrives in 2014 and compels him to return to 2142, where an entirely different life—including a fiancé who thinks he’s been gone only a few weeks—awaits.

For Chen, time travel is a vehicle to explore topographies of loss and healing. Being ripped from first one time and then another, leaves both Kin and those around him despairing—until he discovers that 120 years is no obstacle to the love of a father willing to do anything to save his child.

Rob Wolf: One of the challenges of writing a time-travel story is establishing rules that are consistent for something that is potentially paradoxical.

Mike Chen: When you watch Doctor Who they just kind of hand wave it away as like, “oh, time can always be rewritten, and we’re always playing with it” and then you have hard science fiction where there are very strict rules. For this story, I always knew that the time travel element carries the plot forward, but it’s not central to the reader experience. It’s really about the impact of time on relationships.

RW: Kin ends up living in our time for 18 years, and he does quite a few things that the Temporal Corruption Bureau find to be a big no-no.

MC: They talk a lot in the story about protocols for agents and one of them is basically a non-interference one. They talk about how if you have to go out into a public place, you walk on the side of the street that has the least amount of people. You go into a store only when there are no customers in there. It’s all about preventing any sort of interference with people’s past . . . So, Kin clearly breaks that rule when he realizes that help is not coming. He just decides to live his life and that ultimately leads to his wife and daughter, who you meet in the first chapter . . . Those are choices that he made which probably don’t make him the best employee for the agency, but I think they’re very human choices and very understandable.

RW: You really do a number on Kin because when he is ultimately rescued, it precipitates this horrible, painful separation where he is required to abandon the family he’s created and reintegrate into the life he left behind in the 2140s. As far as the people in the 2140s are concerned, he was just gone a few weeks, but he’s lived 18 years of his life. It’s a trauma and requires him to do a lot of lying, and I just wonder how taxing that must have been on his psyche and what was that like for you to have to create this character, who suffers so much and is required to deceive people he ostensibly loves?

MC: Something that I’m constantly fascinated with is the psychology between time and relationships. If you have, say someone that you knew in college, and you go back and see them after 10 years or so, and you fall back into your old patterns, and it feels like you never left. And then there are other people who maybe you did study abroad with and then when you come back into real life . . . you try to hang out with that person, it feels a little bit off.

RW: There’s another twist that he has to cope with when he arrives in 2142. For him, it’s this very fresh and painful separation, but then you realize, wait, his wife and daughter have long been dead now, it’s so far in the past.

MC: Kin has to deal with the fact that he can basically just read up about the past in a paragraph, but that’s not really living it. It’s not really understanding what happened to the people back there and how their emotions played out after this trauma and separation.

RW: It underscored for me the power of guilt, because the incident that he feels so bad about is over a century old, but his guilt is very much alive.

MC: This book is a giant advocate for everyone to go get therapy and resolve yourself of guilt, otherwise, you’re just going to carry it forever. One of the real difficulties that he has to deal with is when he is thrust back into this future, he has no one that he can talk to about this. I thought it was really important to show this growing isolation, where he doesn’t fit in and he can’t be honest with anyone, not even the people that he’s supposed to be closest to . . . The flip side of that is when the important people in his life, when they discover this, then they have the trauma of thinking that this person that they cared about has led basically a third of his life in a completely different way with completely different people. That was definitely the driver for a lot of the very highs and lows of the emotional stakes of this story.

RW: Was your own daughter on your mind as you thought about how Kin felt about his daughter?

MC: The concept of the story came right around the time my wife and I had started talking realistically, are we going to [have a child]? After she was born, I was in the revising phase . . . When you become a parent, the world really shifts . . . You comprehend selflessness in a way that was just previously impossible, and I think that really did feed into the story. Even though the basic structure of the story had existed before my wife was pregnant, I think I colored in a lot of the emotions in a more realistic level after I had experienced it myself.

So You've Come Out to Yourself as Genderqueer. What's Next? 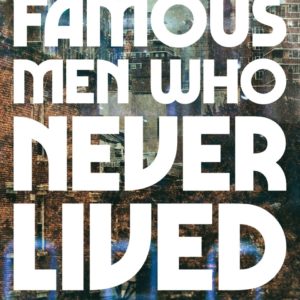 It all ended in a rush nearly three years ago now, when the first lots of lucky people moved through the hole into this world....
© LitHub
Back to top