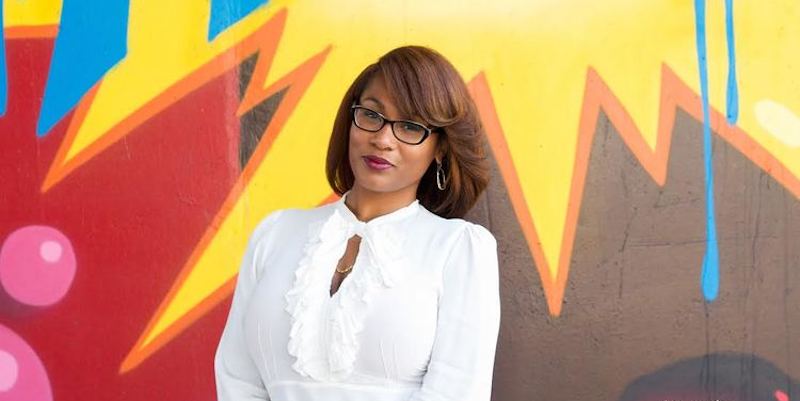 The Challenges of Bringing a Bookstore-Bar to the Bronx

Noëlle Santos's Lit.Bar is Poised to Go From Dream to Reality

The Bronx is burning… with a desire to read.

Noëlle Santos’s The Lit.Bar’s tagline plays with the worst assumptions about New York’s northern borough while introducing a little reality. After the December closing of the Bay Plaza Barnes & Noble the Bronx was left with a grand total of zero bookstores. For a population of 1.4 million to have no bookstores feeds into an antiquated idea that the Bronx isn’t profitable nor its inhabitants interested in literature. “The Bronx is still very much facing the stigma from the 1970s when there was white flight and arson,” says Santos adding, “If you live here [you know] there’re so many arts and cultural institutions—there are beautiful neighborhoods.”

A human resources director, business major, and Bronx native, not only was Noëlle Santos part of the campaign to save the Bay Plaza Barnes & Noble, she is now the owner of The Lit.Bar, which is in its final week of a successful Indiegogo campaign. Over the last two years Santos has done extensive research, gaining mentorship and insight from local and national bookstore owners and the American Bookseller Association, placing second in the 2016 New York StartUp! Business Plan competition, and has established The Lit.Bar brand with pop-up events in New York City along with an ongoing reading group. (Santos’s most recent event was handling book sales for the launch of fellow Bronx resident and debut writer Lilliam Rivera.) The aim for The Lit.Bar isn’t only bookstore/wine bar/community center but also the promotion of reading culture in New York City, especially in the Bronx.

Santos emphasizes the importance of recognizing viable markets in majority marginalized communities. “I’m not trying to create a market, I’m just serving the market that I already have. We have readers here. We have intellectuals here. People here do drink wine.” Pairing a wine bar to a bookstore speaks to Santos’s business acumen: seeing the instability of the indie book industry over the past three years, Santos realized the higher profit margins on a bar would allow her to react to future market changes. She also feels the wine bar side will bring an “air of sophistication” at price points realistic to the area. Santos openly rejects it when people tell her that drinking and reading, whether done separately or together, appears to not be for “us”—us being people of color in particular. “Enjoying a glass of wine with a book is not too white,” she says. Santos herself enjoys sitting down at the end of the day with a good book and a glass. A cup of chamomile or a glass of Pinot Grigio alongside a good book is not just for a “certain kind” of reader but any reader. But Santos readily admits “it’s going to take work to change the attitudes of people outside the borough and even the people who live here.”

With an ongoing and successful Indiegogo campaign, there remains one very specific thing The Lit.Bar needs… “An affordable home forever.” Specifically, 2,500 square feet, or a little less, in the South Bronx. Why the South Bronx? “That’s where we’re seeing a concentration of gentrification,” she says. “I need to be in the middle of the action. I need to make sure that Bronx culture is right where it’s being diluted.”

Though gentrification and its high rents is a problem that extends well beyond bookstores and the Bronx, getting priced out has been one of the biggest issues in recent years for the survival of independent bookstores. Santos recognizes the burden of location and pricing for new store owners, “Real estate for indies is the number one challenge. That’s what’s responsible for most indies going under.” It’s not, in fact, sales alone as some may have you believe. People continue to read books and statistics from the Association of American Publishers (AAP) speak to this in terms of shopping dollars, especially print copies, when comparing 2015 sales to the same periods in 2016. But selling enough books to make ever-increasing rent is a hurdle too many bookstores are unable to clear. This is why a long-term lease for an affordable space in the South Bronx is at the top of Santos’s list for The Lit.Bar. Owners of such spaces are encouraged to contact her.

When it comes to recognizing the need for indie spaces women appear to be leading the charge, and women of color in particular, like Ariell Johnson (Amalgam Comics & Coffeehouse) and Vina Castillo, Natalie Noboa, and Holly Nikodem (The Queens Bookshop). Every mentor Noëlle Santos has met with has been a woman. Santos has joined these ranks, already serving as an example of success for those who may be considering how to contribute to the cultural life of the borough. Santos acknowledges that her mission goes “beyond literature and bringing a bookstore to the Bronx. I want to inspire other entrepreneurs to stay here and build businesses that are for us and by us.”

But even Santos admits to not initially recognizing what her hometown had to offer, that there’s more to the Bronx than the Yankees, the Botanical Garden, and the Zoo. Reflecting on how far she’s come toward seeing The Lit.Bar as a reality, Santos recalls the moment she understood how important it was contribute to her home. “At one time I measured my success by how far I got away from here. It wasn’t until I sat down and looked at numbers about this market that I woke up and decided to challenge the state of literacy as a resident here. I felt like I could do something to leave the borough in a better state than I found it in. We are worth the investment.”

Jennifer Baker is a publishing professional of almost 20 years, creator/host of the Minorities in Publishing podcast, and faculty member of the MFA program in creative nonfiction at Bay Path University. In 2019, she was named Publishers Weekly Superstar for her contributions to inclusion and representation in publishing. Jennifer is also the editor of the BIPOC-short story anthology Everyday People: The Color of Life (Atria Books, 2018) and the author of the forthcoming novel Forgive Me Not (Putnam BFYR, 2022). Her fiction, nonfiction, and criticism has appeared in various print and online publications. Her website is: jennifernbaker.com.

Can Trees Save the World After We're Gone? 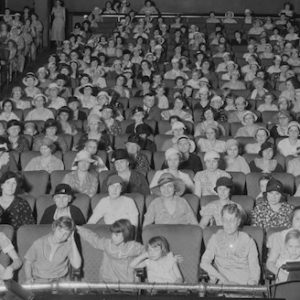 Librarians, at cocktail parties and at work, are often asked whether anyone uses libraries anymore. This oblivious question...
© LitHub
Back to top