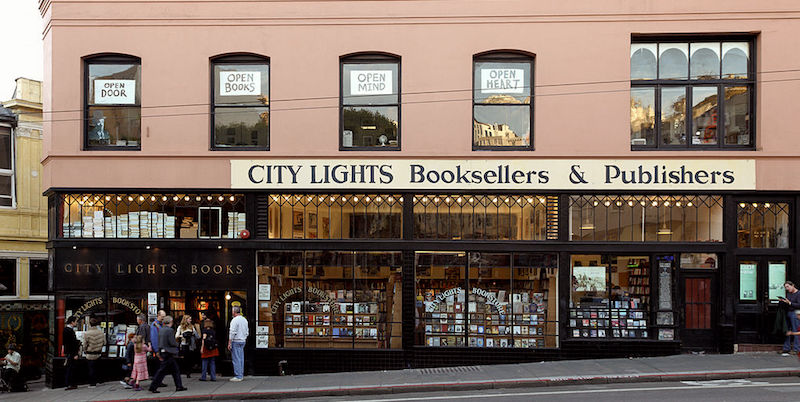 I’ve been an editor at City Lights for a dozen years, during which time I’ve worked with some Beat Generation greats: David Meltzer, Diane di Prima, Joanne Kyger. As a poet myself, I’ve considered it an education to watch such poets be poets as we worked on their manuscripts and they made demands about their presentation on the page. And so it happened with Michael McClure. I’d met Michael here and there, but I began to know him in 2013 when City Lights republished his revolutionary volume of “beast language” poetry, Ghost Tantras (1964). It wasn’t my project, editorially, but I used it as an excuse to interview him for the alt-weekly San Francisco Bay Guardian.

Michael and I hit it off, and he drew me further into his orbit, sensing I could be of use. Don’t get me wrong, we were real friends, but turning your younger friends to good account is an almost necessary part of being a successful artist for 60 years. He’d earned the right; Michael was a guy who made things happen, and I soon found myself pitching a volume of his new work to City Lights. That book became Mephistos & Other Poems (2016), and was published largely as he arranged it. I think I suggested placing a late addition, “Song Heavy,” at the end of the book. That poem, about a beached whale he encountered during a trip to Charles Olson’s Gloucester, MA, recalled “For the Death of 100 Whales,” which he’d famously read at the Six Gallery in 1955, and had sufficient gravitas to constitute its own section. Otherwise, I just followed his instructions, gladly.

After a subsequent book, Persian Pony (2017), with Canadian small press Ekstasis Editions, the prolific Michael approached me about doing a new book with City Lights. I knew I’d need a little time to get another one through, but we got to work, which was fortunate as his time was limited. In the spring of 2019, he suffered a stroke and a heart attack, and never fully recovered before his death in May 2020. But we were able to finish work on the manuscript over the course of 2018, and Mule Kick Blues can be called his last book, inasmuch as it’s the last he had an active role in preparing.

Michael had actually worked on this manuscript, off and on, for several years before showing it to me. I only learned this later from his wife Amy Evans McClure and I’m actually glad I didn’t know; otherwise, I might have hesitated to subject it to such rough handling. Unlike with Mephistos, he gave me a much freer hand here. This was probably necessary, as he’d already had health issues to contend with, but I also imagine he’d grown comfortable with my input. I admit I felt a bit like Rick Rubin getting to produce Johnny Cash. Because Michael had been a famous poet for so long, he risked being taken for granted and I wanted readers to see him with fresh eyes.

There were many moments I regretted not being able to put questions to him and it was easy to second-guess the decisions I had to make.

The manuscript Michael showed me was originally two parts, a suite of poems titled “Mule Kick Blues” and another more loosely related section called “A Zen Bundle.” I had two insights reading “A Zen Bundle.” Michael was a serious practitioner of Zen Buddhism, and it flowed quite naturally in and out of his poems. I didn’t think we needed to thematize Zen as such and that doing so might prevent readers uninterested in Zen from seeing the poetry, thinking they already knew what it was about.

I also noticed, almost hidden at the end of this section, several powerful poems confronting mortality, its feeling of imminence for a poet in his eighties. Left to his own discretion, Michael had characteristically led with celebrations of his friends—a longish poem for Philip Whalen called “Flower Garland Froth”—and explorations of nature. I moved these death meditations to the front of the book, and even did something that now seems to me outlandish, seizing the two-page heart of a longer poem and jettisoning the rest, because it diluted the focus on the theme of mortality. To my relief, he was delighted with the arrangement, which inspired him to add the opener, “MORTALITY IS BEAUTY,” and to title the section “Mortalities.”

Of the remaining poems, some were set aside but most went into the book’s final section, which he titled “Rites of Beasts”; the new arrangement had brought out the elegiac aspect of the section, led by “Flower Garland Froth,” and to this we owe his addition of poems like “For Jack Spicer” and “Amiri-Osiris”; he also produced a stunning recent poem, “The Fleshy Nave,” which made a great ending to the book, fitting for “Rites of Beast” even as it hearkened back to “Mortalities.”

Late in the process, Michael decided he wanted to add “Fragments of Narcissus,” a poem from Persian Pony; like “Song Heavy” in Mephistos, this longish poem had its own center of gravity, its mythic playfulness recalling his plays, thus constituted its own section, preceding “Rites of Beasts.”

What never changed throughout the evolution of the book was what became the second section, “Mule Kick Blues.” A seven-poem suite invoking blues musicians like Willie Dixon, Howlin’ Wolf, and Leadbelly, “Mule Kick Blues” alludes to Jack Kerouac’s Mexico City Blues (1959) and the posthumously collected Book of Blues (1995), which McClure championed as among his friend’s most important works. Michael gives these poems detailed consideration in Scratching the Beat Surface (1982), and his enumeration of Kerouac’s rules for their composition makes clear that “Mule Kick” isn’t a direct imitation but rather an homage. Michael’s blues poems—the oldest pieces in the book—are less uniform, pervaded by a looser sense of serial composition akin to Spicer or Duncan.

But the “Mule Kick” poems are primarily rooted in Michael’s experience as a performer with musicians, particularly with Doors keyboardist Ray Manzarek. Manzarek and McClure had even recorded versions of some of the “Mule Kick” poems. Wide open and modular, the poems are built for musical interplay, with breaks where the poet could stop and start, and recurring motifs on which he could vamp, according to the improvisational exigencies of the moment. Yet they function well on the page apart from performance. Being not quite like any of his previous work, the “Mule Kick” sequence shows that Michael remained a restless innovator till the end. While I don’t think he thought of the book—completed roughly five months before his stroke—as his last, Mule Kick Blues nonetheless makes a fitting capstone to an extraordinary body of work.

As any editor can tell you, turning a manuscript into a book is an affair in itself. Michael’s poetry is not easy to lay out. It’s always centered on the page, but only sometimes dead-centered, where you can just press a button and you’re fine. Often enough, he centered by hand and eye, giving the poems a quivering life unachievable by automation. There were many moments I regretted not being able to put questions to him and it was easy to second-guess the decisions I had to make. Whenever I felt lost, I’d consult Mephistos or even his 1950s Auerhahn books, typeset by his lifelong friend Dave Haselwood, and would receive reassurance from beyond. While generally seen as a dry affair preoccupied with punctuation and grammar, editing also has its component of mysticism. 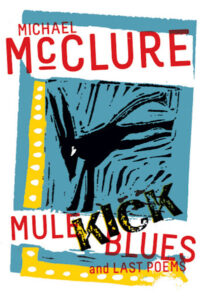 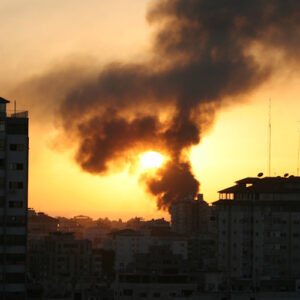 Before a crowd of Israeli Jews at a peace demonstration—in the same square where an Israeli man, certain he was right,...
© LitHub
Back to top
Loading Comments...