Will the Real William Ludlow Please Stand Up?

My novel, The Widow Nash, was partly inspired by a family story: my great-great-grandfather was a Cornish orphan who came to the Americas in the 1860s as a hard-rock mining engineer. He landed in Nicaragua and moved up through the mines of desert California; he eventually made money off the copper mines of Michigan and Maine. My father, Jim Harrison, told William Ludlow’s story in Legends of the Fall: as a captain with the Army Corps of Engineers, Ludlow had accompanied George Armstrong Custer into the Black Hills, and recommended that these lands remain with the Sioux. Naturally, his advice wasn’t followed, and Ludlow left the 7th Cavalry to spend the spring of 1876 measuring the falls of Yellowstone Park with George Bird Grinnell and Edward S. Dana, rather than dying at Little Big Horn.

I come from a family of fabulists, but this sort of true story was a rare gift—my father obviously had a field day. We had a dusty copy of Ludlow’s Report of a Reconnaissance of the Black Hills of Dakota. We also had two of his journals, filled with handwritten copies of overwrought poetry, newspaper accounts of primitive societies and natural disasters, pressed flowers and stray receipts. Inside the back cover, a small photo of a handsome man with a clip that identified him as William’s brother Christopher Ludlow, back in Cornwall for a visit after years of living in Mexico. On the inside front cover of the oldest notebook, a date: Mariposa December 1864.

The Widow Nash began somewhere between a little belated family research, Ludlow’s notebooks, and the notion, almost the vision, of a woman simply walking off a train and disappearing. I had a photograph showing one of Ludlow’s two daughters, my great-grandmother, on horseback in Idaho in the 1890s. I knew that she’d gone on to have a miserable marriage, and when I looked at the girl in the photograph, it seemed a shame that she hadn’t simply run away.

That era was already lodged in my head: I’d spent a year working on a documentary about the mining town of Butte, Montana, which in 1900 was both urban and urbane, packed with dozens of nationalities and very few cowboy hats. I was fascinated with the flux and strangeness of the time, the surge of knowledge and batshit variety of medical and scientific theory. It didn’t feel distant—I grew up knowing my great-grandparents, in a family that told impolite, barely edited stories: the great uncle who ate road kill, the great-great uncle who was the last idiot to try to rob a train on horseback. I’ve always been annoyed with the contemporary assumption that people 100 years ago didn’t have rich, full lives, and by the East Coast tendency to view the West as Rubeville, rather than an exploited colony filled with adventurers and runaways and broken tribes, people willing to take a risk and dive into the new, people trying to survive with souls and intelligence.

So I slid into characters: two daughters, a traveling mining engineer for a father, who I saddled with both an obsession and an illness. I read around, and marshaled too many strange facts, then put it all aside to let a plot float to the top. I had no interest in or talent for explaining history or incorporating historical figures, but I surrounded myself with images. Train maps, a crumbled San Francisco street, a couple swimming, a woman staring into a caldera—they made me daydream, and on flat days, they all gave me the details I needed.

People are (clearly) prone to being pompous about personal history. As an end note, and to shoot a hole in my own family legend: I have two sons, the eldest named Will after my grandfather, who’d been named after his grandfather, the storied Ludlow. When Will reached middle school, and came home with an assignment to write about family history, I suggested he write about Ludlow’s expedition to Yellowstone Park, just an hour south of our house in Livingston, Montana. Facts no one in the family had bothered to check spooled out during the computer search, back in the days of slow-motion dial-up: William Ludlow had met Custer at West Point, fought in the last year of the Civil War, and followed up his western adventures with a stint designing Philadelphia’s water system.

I thought—dimly—about the oddity of a Cornish immigrant going to West Point, and I wondered just when he’d had time to run mines and have children in Michigan. Within a half hour we knew there’d been a huge misunderstanding, or at the very least a double life; by the next morning I settled into the realization that there had been two men—born in the same decade, with the same essential profession, traveling around the same ore-rich string of mountains—named William Ludlow.

Even a small amount of research would have rolled over the rock on this one. Belief was based on simple assumptions: the name, the wanderings, and above all my family’s possession of the Black Hills book, had put any question of identity beyond doubt. The Army’s William Ludlow—no middle initial—who had traveled west with Custer, had been born in 1843 to a wealthy New York family, and died in 1901 after falling sick on his way to the Philippines. The William Alfred Ludlow of the scrapbook had been born in Penzance in 1838, orphaned at age seven and sent to a workhouse, and trained as a mining engineer. While he was scrawling “Mariposa December 1864” (Mariposa County, California, where a number of Cornishmen from the Redruth-Cambourne-Penzance area had settled) on the inside of his journal, his alter ego, a fresh graduate of West Point, was reaching Savannah as part of Sherman’s army on the March to the Sea.

In 1874, in lieu of a Black Hills expedition, our Ludlow was marrying in the Upper Peninsula of Michigan; instead of a March 1876 expedition to Yellowstone, he visited his brother in Mexico, landing in Veracruz that April. There’s a politician named Daniel Ludlow in Pachuco, Mexico, today. If our Ludlow had any lasting fame, it may have been in the naming of Ludlow, Colorado, site of the 1914 massacre, when troops opened fire on the families of striking miners. I’ve decided to not look into this.

My mother—it was, after all, her side of the family—thought this unmasking was very amusing; we never told my father. But what stuck with me was the idea that both of these accidentally linked men were wanderers and scientists who covered a stunning proportion of the planet’s surface in a pre-air travel era. I wanted to think that both Ludlows had had daughters who wanted to do the same thing.

Before I started The Widow Nash, I thought of doing a nonfiction book about these two Ludlows, as a way of explaining and exploring the West of that time, but writing mysteries hadn’t given me enough authorial cred, or a shot at a grant. And so I started spinning stories about this more wayward Ludlow, who’d left behind scrapbooks filled with news stories and bad poetry and little autobiographical snippets, and who’d had a daughter who should have run away. 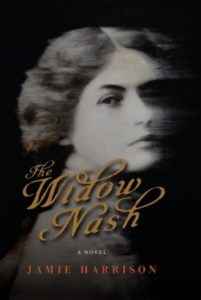 From the Author’s Note to The Widow Nash. Used with permission of Counterpoint Press. Copyright © 2017 by Jamie Harrison.

Jamie Harrison has lived in Montana with her family for almost 30 years. She has worked as a caterer, a writer, and a technical editor for archaeological, botanical, and biological reports. She is the daughter of Jim Harrison.
http://www.jamieharrisonbooks.com

10 Works of Labyrinthine Literature to Get Lost In 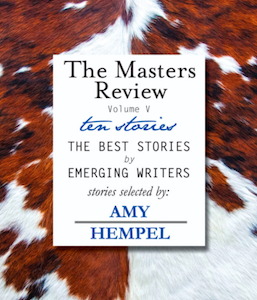 It was every Dolphin’s loftiest goal: to be chosen by Jim Yablonski, director of the Downriver Municipal Outdoor Pool,...
© LitHub
Back to top
Loading Comments...