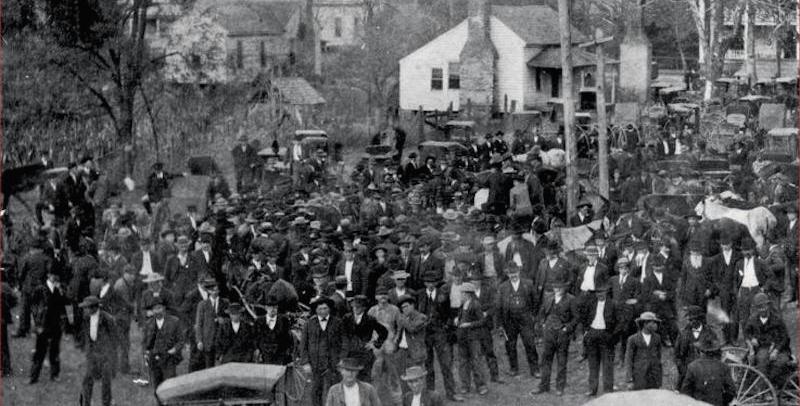 The Case for White Curiosity

Interrogating the Devastating Legacy of White Supremacy in America

Like many white Americans, I’ve spent much of my life tiptoeing around the subject of race, and trying to uphold a kind of Hippocratic oath: do no harm, give no offense. After all, I have a faint southern drawl—left over from my childhood in Georgia—and when talking with people of color I seldom forget that I wear the face not of slavery’s victims or bystanders, but of its white, male perpetrators. For a long time, I approached discussions of race with anxiety, both in person and on the page.

Meanwhile, most of the African-American writers I knew were deeply engaged in the struggle for racial equality, and they clearly felt a duty to write books that might awaken white America from its long sleep of ignorance and indifference. As a young man I clung to the maxim “write what you know,” and since I had no firsthand experience of police violence, employment and housing discrimination, and a thousand other forms of overt and covert bigotry, racism always seemed like territory that belonged to writers of color, but not to me.

Then, nearly a decade ago, my friend Natasha Trethewey—who would go on to become US Poet Laureate—grew impatient with my polite reticence, and asked me a startling question. Why was it that she, a woman of color, wrote so often about blackness, yet I, a white man from the rural South, never said a word about whiteness? “Why,” Natasha asked, “do you think race is only a subject for black writers? Why do you think you’re not involved?”

That moment changed my life, and during the long conversation that followed, Natasha seemed to grant me both permission and an obligation to tell my own story of race in America. For me, that assignment led inevitably home—back to the little town of Cumming, in Forsyth County, Georgia, where I grew up. From the time I was a schoolboy there, I had heard a kind of ghost story, about how “a long, long time ago” the entire black community of the county was “run out” by gun-toting, torch-wielding night riders, after three black men were accused of raping and murdering a white girl. The tale kids told in the back seat of the school bus was always vague and mythic—and so I often wondered if the vanished black people of Forsyth were only a legend. But in the wake of that conversation with Natasha, I finally began searching for the truth, and I soon learned the violent racial cleansing of 1912 was no fable. It was a terrible fact.

Using old newspapers, maps, land deeds, letters, diaries, and military reports, I gathered a mountain of evidence showing not just that the expulsions occurred, but where, when, how, to whom, and by whom. I even managed to interview descendants of the African-American families who were forced out, and I was shocked to discover that many of them had relocated only a few miles across the county line, and lived in houses I had driven past many times as a teenager. All through my childhood and adolescence, the real story of the racial cleansing had been hiding in plain sight, and preserved in the memories of old men and women who could have told me—if I had only asked—all about the bands of white men who shot into sharecroppers’ cabins, set fire to churches, and turned Forsyth into Georgia’s most notorious “white county.”

In his essay “The Case for Reparations,” Ta-Nehisi Coates has argued that the U. S. government should compensate African Americans not just for the generalized injustice of slavery, but also for more recent, documented racial crimes—like the campaign of terror that drove out all 1,098 black residents of Forsyth in 1912. “We have the maps, we have the census records,” Coates has said, reminding his critics that our courthouses are filled with evidence of the plunder of black property by whites. In Coates’ view, one of the main obstacles to racial justice is white incuriosity about the crimes of the past.

I know Coates is right, because I spent much of my life in exactly the kind of amnesiac state he laments, and when I finally began probing beneath the surface of my home’s prosperous, “All-American” white veneer, I found the soil rich with the ashes of black farmhouses, black schools, and once-thriving black churches. Where now Forsyth is home to gleaming corporate headquarters, sprawling medical centers, and manicured subdivisions, there was once a community of earnest, hardworking African-American farmers, whose land was slowly, quietly transferred to white neighbors in the years after the purge.

My book Blood at the Root tells the full story of the racial cleansing, and after searching for the traces those events for nearly a decade, I can now see that my long silence on the subject of race wasn’t respectful or polite, as I used to pretend. Instead, like so many others white Americans, I was being woefully, dangerously incurious about the real history of my home.

It took decades before I finally woke up, and began asking the right questions about a story I had simply accepted as a child. And as horrific and painful as it was to learn what the black refugees of Forsyth endured, writing the book also gave me a faint and unexpected glimmer of hope: that truth and reconciliation might still be possible in America, even in places like Forsyth—where white prosperity was built on a foundation of lynching, arson, expulsion, and communal theft.

But to even begin healing those ancient wounds, I believe that white Americans must finally turn and face our profound involvement in African Americans’ struggle for equality, and cultivate a deep curiosity about what really happened in the places where we live. In 2016, as racial strife threatens to tear apart communities all across the nation, white Americans can no longer afford to remain ignorant of how our ancestors’ violent past gave birth to this violent present.

Blood at the Root: A Racial Cleansing in America is available now from Norton.

Patrick Phillips is an award-winning poet, translator, and professor. A Guggenheim and NEA Fellow, his most recent book, Elegy for a Broken Machine, was a finalist for the National Book Award. Phillips lives in Brooklyn and teaches at Drew University. 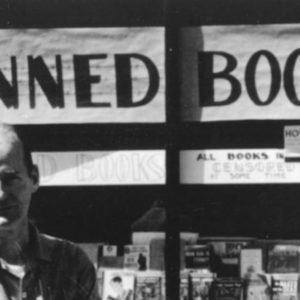 Like small pox and vinyl records, book banning is something many Americans like to think of as history. But according to the American...
© LitHub
Back to top