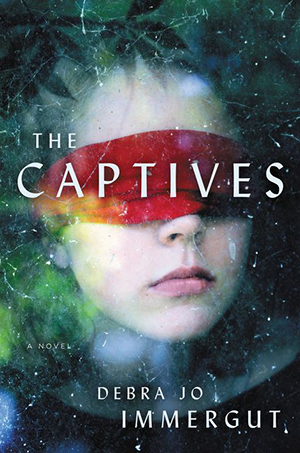 The following is from Debra Jo Immergut's novel, The Captives. Frank Lundquist is working as an an inmate psychologist at a women's prison when he is reunited with his high school crush for the first time. But she doesn't remember him. She was star athlete and the daughter of a congressman—so how did she end up here? Debra Jo Immergut is the author of Private Property. She is a regular contributor for the Wall Street Journal and the Boston Globe.

REFRAIN FROM TAKING ON A PROFESSIONAL ROLE WHEN OBJECTIVITY COULD BE IMPAIRED
(American Psychological Association Ethical Principles and Codes of Conduct, Standard 3.06)

What happened to me is universal. And I can prove it.

Think back on the people you knew in high school. Now zero in on that one person, the one who starred in your daydreams. The one who, when you glimpsed him or her down the corridor, set off that pre-Homo sapiens sensation, that brainstem jolt of pure adrenaline. The crush, in other words.

See that person walk toward you now. Approaching along the noisy crowded hallway, toward you, toward you, and by you. The hair, the stride, the smile.

Your pulse has just heightened a bit. Right?

That shows you the power. You’re picturing a kid, this is years later and you’re picturing some gawky school–bound kid, and yet the image of this kid in your mind’s eye can still vibrate your cerebral cortex, disturb your breathing pattern.

So you see. There’s something involuntary at work in these situations.

Now imagine this: you’re a thirty-two-year-old man, and you’re a psychologist. You’re sitting in your basement office in the counseling center of a New York State correctional institution. A women’s prison. And you’ve come late to work on a Monday morning and haven’t had time to review your case files or even glance at your schedule. In walks the first inmate of the day, dressed in a state-issued yellow uniform.

And it’s that person.

Looking shockingly unchanged from the kid approaching down the hallway lined with slamming locker doors. The hair, the stride.

Would that not throw you for a bit of a loop?

Be honest. There’s no telling what you would do.

I recognized her instantly. Who wouldn’t? She’s not the kind you forget all that easily. At least, not the kind I forget. Especially not the face. I might compare it to the variety of flowers my mother used to tend in beds alongside our house, pretty in an unsurprising, backyard-grown way, but giving glimpses of inner complexities, if you looked carefully enough. This face had lingered around the fringes of my memory for almost fifteen years. Every so often something—a tune of the correct vintage, the sight of a female runner with long reddish hair—would summon her to the forefront. If I were the kind of guy who attended reunions—I’m not—I would have sprung for a ticket and pinned on a name tag just to get news of her, to see if she turned up. To see what had become of her.

Now I saw. She sat in the aqua vinyl chair across from me with NYS DOCS stamped in blurry black ink across her heart.

She didn’t remember me. This was clear. I couldn’t see a flicker or a flare of recall.

So I didn’t address it. What could I say? Crow out her name, how the hell are you, what brings you here? No. While trying to process this situation—her? here?—I propelled myself to the file cabinet in the corner, where I kept the makings for tea: a small red hotpot, boxes of oolong and Earl Grey, cardboard cups, plastic spoons. My brief tea ritual injected a mild coziness that put my clients slightly more at ease, and so I performed it at almost every session. As I shakily prepared two cups, I spewed out my usual opener, which is welcome, thanks for coming, let’s establish some ground rules, what you reveal here doesn’t leave this room. A speech that, after six months on the job, I could reel off without thinking. I offered her a steam-crowned drink, and she accepted, with a smile that stabbed me a bit. I returned to my seat, let my hands steady around the warm cup. A note clipped to her file folder stated that she’d just been released from segregation. So I asked her about this. But I didn’t hear her answer. I couldn’t help but sink back into that memory. A memory that had looped through my mind countless times over the years, like one of those sticky school-era radio hooks. Thinking about it with her sitting there in the flesh made me want to squirm, though I managed to uphold my professional demeanor and not squirm.

“Letting her leave then, without revealing what I knew, was an ethical violation, the first in a string of them that I’ve committed since that moment.”

I remembered her naked back, a sweep of whiteness like a flag, and then the flash of a breast as she twisted to grab a towel from the bench. Her hair—that red with brown undertones—swished down over this breast and matched the nipple perfectly. Jason DeMarea and Anthony Li were snickering. But I was silent, clinging to the wall outside the girl’s locker room, my fingertips aching against the concrete windowsill, toes of my sneakers jammed hard against the brick. This had been my idea. I’d seen the windows cracked open to catch the breezes blowing on this sunny, only slightly chilly November day, and I had seen this member of the girls’ freshman track team heading in all alone after her race. I’d been covering the meet for the Lincoln Clarion. My beat was JV girls’ sports, and Anthony was the JV girls’ sports photographer, which gives you an idea of our status on the Clarion staff and at Lincoln High in general. Jason DeMarea just tagged along for lack of anything better to do on a Tuesday after school. They snickered and elbowed each other and after she had finished dressing (baby blue cords, shirt emblazoned with sparkly flowers), they dropped off the ledge. But I continued to cling there, watching. She sat on the bench, tying up the laces of her ankle boots. Then she grabbed her bundled track uniform and wiped at her eyes with it. I could only see a small slice of her face and one dainty ear—the ear with the intriguing double piercing, with the silver wire hoop, and, just above, the minuscule silver Pegasus that I’d secretly studied sitting behind her in trig class, wondering if it were a signifier for horse love, or drugginess, or for some other shading of hers that I would never decode. With her wadded uniform, she wiped her eyes and really looked extremely teary, she did. Her eyelids were all puffy. And then she turned her gaze up, up to her open locker. She tossed her track clothes in and reached toward the open door. Some kind of sticker was plastered there. I couldn’t read it from my perch. With a certain forcefulness, she yanked that thing, tore it right down. Then she slammed the locker shut and flung her hand out to toss the crumpled decal away. But it stuck to her palm. She stared at this obstinate clump of paper for an instant and she began to really cry now. Then she reopened her locker and carefully set the balled-up thing on the floor inside. She closed the door, held her hands to her eyes. After a while, she walked out of the room, and disappeared from my view.

I had opened her folder. My eyes skated over the words without seeing them. I asked a bit about her recent stint in segregation, launched into the usual personality diagnostics. I spooled out a few sequences by rote, she responded, and I began to regain my focus then. I listened and I didn’t say anything about Lincoln High or her naked breast or the yanked decal or the fact that I was that guy from the last row of her trigonometry class. I didn’t say that I’d been in the stands every race she ran, that one season she ran track, and that I knew she’d won only once, that very day, that sunny November day. I didn’t say that I knew her father had been a one–term congressman, and I didn’t say that I’d adored her from afar through every long and confounding day of my high school career. She clearly did not remember me. Did this bother me? In a very slight, subsumed way, maybe. Not with any conscious awareness. In any case, I didn’t speak up.

We finished the diagnostic segment, and then she told me she had trouble sleeping. The noise, the shouting on her unit at night. She folded and unfolded her hands in her lap and asked hesitantly if there might be some pill that could help her. “I just need to fade out for a few hours,” she said.

I couldn’t help noticing that the tomato–colored polish on her nails was chipped. If there was one thing all my clients had, it was impeccable and usually jaw-droppingly intricate manicures—rainbows and coconut palms and boyfriends’ names, glittered stripes and stars and hearts. Those women didn’t pick at or chew their nails. They flashed them. But her nails were short. Ravaged.

I found myself scrawling on a blue slip, recommending Zoloft. Rising from my chair, I walked around the desk and held it out to her. She stood, a head shorter than me. Her downcast eyes, her long lashes. A scatter of faint freckles. I dragged my gaze away, pulled my shoulders back, summoning every inch of my height. “Just show this to Dr. Polkinghorne’s aide two doors down.”

She read it and thanked me softly. We both stood there for a minute. I debated about whether to say what I knew I should say. “Um, you know what?” I started. Then I said something else instead. “I’d like to add you to my list of standing appointments. I think we can pursue some solutions for you.”

She bent her lips into this tiny, melancholy smile. “Wonderful,” she said, then turned to leave. Her ponytail swayed gently to and fro as she walked away and out the door.

Letting her leave then, without revealing what I knew, was an ethical violation, the first in a string of them that I’ve committed since that moment. The American Psychological Association guidelines on preexisting relationships are very clear. They should be acknowledged, and if such a relationship might in any way impair objectivity, therapy must not go forward. It’s all pretty straightforward in the guidelines.

That must have been when I stopped following guidelines. Up to that point, I was more or less your average, law-abiding, guideline-following man.

She changed all that, though she didn’t mean to at all, this person in the state-issued yellows, with the backyard-flower face. She who I remembered so clearly as a girl. She who you wouldn’t forget.

I can’t refer to her here by name. Let’s call her M, and move on.

From The Captives. Used with permission of Ecco. Copyright © 2018 by Debra Jo Immergut.

Half the Joy of Travel is the Anticipation 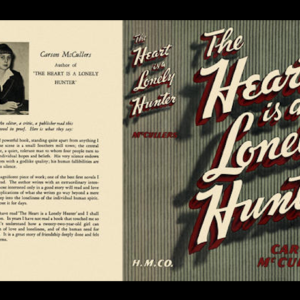