Half the Joy of Travel is the Anticipation

Our little ferry looked like a life raft compared to the colossal tankers it was skirting on the Bosporus, the storied strait that slices between the hills of Europe and Asia. None of the passengers seemed concerned. People dangled their legs off the back of the boat and leaned over the bars along the sides, turning their faces to the hot breeze, the white sailboats, and the blue water sparkling in the sun. August in Istanbul.

Men circled the wood benches of riders, carrying trays of tea and neatly arranged snacks, trying to drum up customers as we moved farther from the European shore and the pink blooming Erguvan trees; the restaurant tables at the Ciragan Palace Kempinski, where people ate lamb, salmon, manti with sweet tomato sauce, roasted vegetables, beans, yogurt, and spicy oil. In the evenings, Turkish coffee was served with glistening baklava on a silver tray as the setting sun bathed the Asian coast of the city and the windows of the houses on the hillside in soft, pink light. Hanging lanterns and streetlamps with globes would begin to glow, and candles would be lit along garden paths. Ornate narghiles (hookahs) were brought to tables beneath the trees, perfuming the night air with the scent of sweet tobacco.

In the mornings, people would go strolling, and eat browned pastries from silver baskets at round tables. But on this particular morning, I was on a little ferry speeding away from it all and, in mere minutes, had made the journey from Europe to Asia.

We were on the shores of Üsküdar, an area of Istanbul once known as the City of Gold, where Ottoman-era mosques stand silhouetted against the sky. The passengers wobbled off the lurching boat along a seawall protected by cracked tires as commuters boarded nearby ferries lined with orange life preservers. Boys sat at the foot of the water, watching ships and seagulls come and go.

Days before I arrived in Istanbul, the borough president of Brooklyn, New York, signed what’s known as a sister city agreement. “Brooklyn is America’s Üsküdar,” he declared, probably to the great surprise of the residents of Brooklyn and Üsküdar.

Turkey’s Daily Sabah pointed out that both cities have diverse populations with mosques, synagogues, and churches, and that, like Brooklyn, Üsküdar is “a place for hip and urban citizens with an artsy character.” Hilmi Türkmen, the mayor of the Üsküdar municipality, likened the Bosporus Bridge (since renamed the July 15th Martyrs Bridge) to the Brooklyn Bridge. “Two sisters,” he said, according to the Sabah, “have met through bridges of the soul.”

While Americans may be surprised to learn of its status as a sister city, some may be familiar with Üsküdar through the Turkish folk song “Uska Dara,” which became a hit for Eartha Kitt in the 1950s, one of several Turkish songs she learned while performing in Istanbul early in her career. “Üsküdar is a little town in Turkey,” Kitt tells the listener in English, but it played a big role in history. The Sacred Caravan used its harbor to depart for Mecca and Medina “with its long train of pilgrims and its sacred white camel bearing gifts from the Sultan to the Serif of Mecca,” as Hilary Sumner-Boyd and John Freely described it in Strolling Through Istanbul.

Such were the things I discovered in the weeks before leaving for the city. In advance of all of my trips I would dip into the culture by reading novels and poetry, watching films and television programs, and browsing fashion, travel, and design blogs. Doing this, relishing how enjoyable an upcoming experience might be, isn’t just edifying—it can boost our spirits long before we even leave for the airport. “Anticipation is a free form of happiness,” Elizabeth Dunn, a psychologist and a professor at the University of British Columbia in Vancouver, found in her research on well-being, “the one that’s least vulnerable to things going wrong.” When I’m able, I book flights months in advance and then commence daydreaming about all the things I might want to see, taste, and try.

“What ultimately breathes life into the day-dreams of anticipation are the people we encounter when we’re actually there, including those we merely pass on the street or, in this case, the stairwell.”

In Üsküdar, that included the Şakirin mosque which, of all the mosques in Istanbul, most captured my imagination with its singular style that brings together the sleek aesthetic of a modern art museum and the spirit of the Ottoman Empire—an almost futuristic, aluminum dome; arabesque-patterned metal screens; gilded calligraphy—as well as its distinction as being the first mosque interior designed by a woman, Zeynep Fadillioğlu.

“No woman had ever designed a mosque interior, neither in the Ottoman Empire nor in the Turkish Republic, nor to the best of Zeynep’s knowledge, anywhere in the world,” wrote the journalist Andrew Finkel in the book Zeynep Fadillioğlu: Bosphorus and Beyond, which showcases Fadillioğlu’s work from glossy nightclubs like Ulus 29 to the Şakirin mosque. The architect for the project was a man, the book said, though he collaborated with Fadillioğlu, making certain changes at her request.

From the harbor of Üsküdar, it’s about a half-hour walk to the Şakirin, across stone pavers arranged in elaborate patterns—fans, half circles, chevron stripes—under tall trees, past cats sleeping on windowsills. A woman leaned out her apartment window and pulled up a bucket on a string with a loaf of bread inside. Damp laundry hung from awning poles, reminiscent of long-ago family afternoons in Brooklyn. I passed a small mosque made of wood, like the delicate pastel yalis along the Bosporus. The sloping residential streets were intimate and inviting; tree-lined refuges from the organized chaos at piers and tourist zones.

Under soaring cypress trees, Ottoman-style headstones with turban headpieces rose from the edge of a hill on a high wall in the old Karacaahmet Cemetery. I stopped on the sidewalk beside a bed of bright yellow and orange mums. Through the trees I could see a minaret, white, almost chalky blue in the light, with a crescent at its top. On the side of a nearby building, gold letters spelled the name of the mosque that, up until then, I had seen only in the pages of a book: Sakirin Camii. I turned and went up the steps toward the courtyard where, outside the entrance, were a few pairs of sandals and sneakers. I stepped out of my shoes, and into the dark hall.

I wasn’t sure where to go next. A couple of women had walked in before me, though by now there was no trace of them. So I made an educated guess, and began slowly walking up the stairs toward the rose-colored dome.

Near the top, whispers trickled down. When I reached them, I found myself in the women’s prayer balcony, smaller than the area downstairs where the men were praying, yet open and airy with a prime view of the pink dome above and, below, the turquoise mihrab. The balcony was also closer to the vast three-ring chandelier with its twinkling glass droplets (not unlike those at Ulus 29) and the sinuous calligraphy of the dome belt, iridescent in the sunlight.

A woman prayed. Children flitted about. A few women spoke softly and laughed without making a sound. One took photos with her smartphone. I stood at the back of the gallery watching, tracing the paths of thin gold lines pinwheeling out from the center of the great pink dome. It looked like an open flower.

After a little while, I went back down the stairs where, at the bottom, a girl with a bob in jeans and a pink T-shirt was barefoot and motionless, peeking around a screen to where men were praying. I was about the same age when I used to eavesdrop on my parents’ dinner parties from a balcony in our house. As I reached the last steps, she turned and saw me. I stopped; smiled. I was born in Brooklyn, her sister city.

When preparing for a trip, we can read about architecture and restaurants. But what ultimately breathes life into the day-dreams of anticipation are the people we encounter when we’re actually there, including those we merely pass on the street or, in this case, the stairwell. I thought, too, of the man on the pier who offered his hand to steady me as I stepped off the ferry, and of the old woman in the public restroom who motioned for me to come and share with her the sole tiny sink. When anticipating my days in Istanbul I had envisioned ships and minarets, the Grand Bazaar and the Hagia Sophia, yet not these faces, not these wordless interactions that silently transmit the warmth of a city.

When imagining the mosque, I didn’t imagine the things I might pass on the walk there from the harbor: the woman in the window raising a bucket on a string, the men with pushcarts of fruits and vegetables, cats dozing between the flowerpots. These are the street scenes that whisper, the particulars that make a place real, that make a trip our own. The Şakirin mosque appeared more vivid in photos in the book than when I stood before it. And the photographer had zoomed in on design features, creating striking, abstract, images. Yet there was no little girl at the foot of the stairs. There were no women laughing. What is a place of worship without people? What is Istiklal Avenue, Istanbul’s fashionable pedestrian boulevard, without crowds strolling it in the evening, stopping to buy ice cream cones and eat fish in the cozy restaurants on its side streets?

To anticipate is to court joy, to fall in love with a place the way it is in a book or a movie, or an Eartha Kitt song. But to stay open to the unexpected is to truly embrace anticipation—to know that it serves its purpose before the journey begins and must then be set aside for reality, for whatever beautiful, strange, unpredictable thing awaits when we step off the ferry.

Outside the mosque, I tied on my sneakers and made my way through the courtyard where patterned screens threw arabesque shadows on the ground, past the mums, the cemetery, and the cypress trees, back to the harbor, to a ferry full of people, on our way to yet another shore. 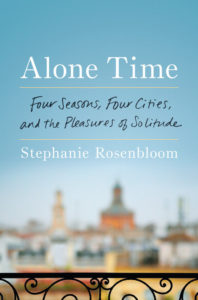 Stephanie Rosenbloom is the author of Alone Time. She is the staff columnist for the Travel section of The New York Times, where she has been a reporter for various desks (including Styles, Business, and Real Estate) for more than a decade. She has appeared on CNN’s American Morning, NBC’s The Today Show, and NPR’s The Takeaway. 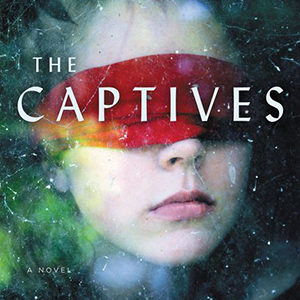 REFRAIN FROM TAKING ON A PROFESSIONAL ROLE WHEN OBJECTIVITY COULD BE IMPAIRED (American Psychological Association Ethical...
© LitHub
Back to top
Loading Comments...