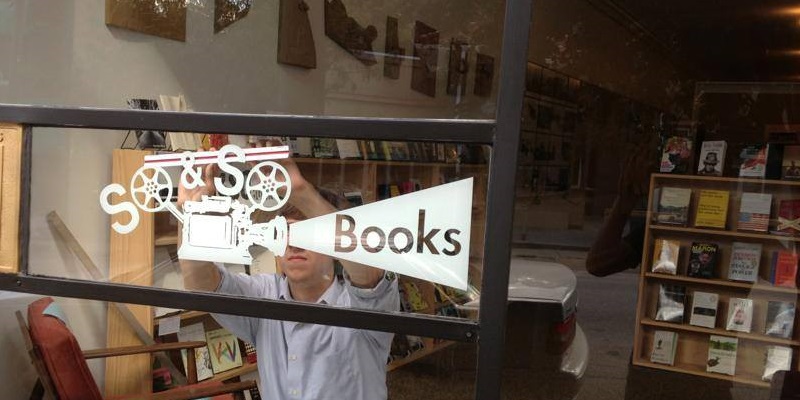 Raleigh's So & So Books With Favorites in Poetry and Fiction

As the nation’s only nonprofit distributor, Small Press Distribution is dedicated to getting small press literature to the people who want to read it. As such, we’re grateful to our main customers—indie bookstores—the outward-facing purveyors who present our books to the public with flair and aplomb. To celebrate the great individuality of our favorite indie stores across the country, SPD’s asked a few of them to shine a monthly spotlight on ten of their favorite SPD-distributed titles. This month, we’re excited to host Raleigh, NC bookstore So & So Books.

So & So Books is a small, independent bookstore in downtown Raleigh featuring a thoughtfully curated selection of new releases. 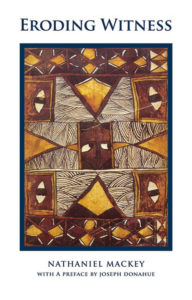 So & So recently had the honor of selling books for the Mackey Sessions, and these first three selections are from that once-in-a-lifetime event. As Joseph Donahue (whose work we also love) points out in the preface to this reprint of Mackey’s 1985 National Poetry Series-winning debut, Mackey’s speaker is equal parts “Sufi-inflected angel” and “black radio DJ” spinning both “jazz and world music” in an effort to explore “what a liberatory poetics might look like in. . . an era of retrenchment and cultural reprisal, after. . . the collapse of the utopian hopes of the sixties.” Here’s an example of Mackey’s post-utopian poetics from “GRISGRIS DANCER: “Stored pressings of / earth in its // red way sourced / in its own / embrace, all // the grudges of time. / All the gathered / ache of our // severed selves, / all the / windowless light.” 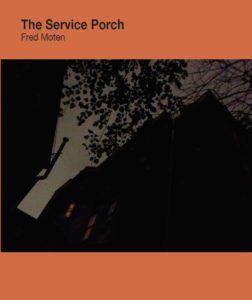 While The Feel Trio is more of a philosophical meditation on experience and the language of experience, The Service Porch is fully immersed in those elements, dramatically portraying them. Whatever mode he choses to employ, what’s always striking about Moten’s work is the intimacy with which we are being spoken to, and how it is somehow the music that signals or conducts that intimacy: “what you found on telegraph // carved into a rock we found // in a period. // they’ll sing for me // they’ll come back for me // they’ll send for me.” 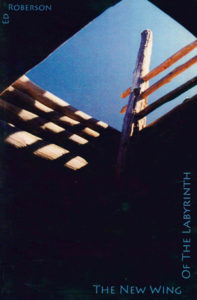 Roberson’s work is searing in its honesty and clarity, and he applies these with equal mastery to the personal, the natural, the social, the political, often in the same poem. “Paying Attention” is such a poem: “White people in the office think that / if you’re not around them / you’re not around. // Even if you do / what you’re supposed to but / not around them you’re not / around. // You accommodate your client, you work: / you go to them.     But you’re not around / unless you’re around white people.” The result is powerful and moving. . . so much so that during his readings at the Mackey Sessions, Roberson himself was visibly emotional on multiple occasions. There was not a dry eye in the house. 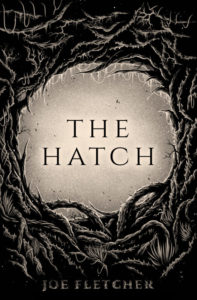 What makes The Hatch so terrifying is that it takes as its subject matter the products of our own limitless imagination in the face of our own visceral mortality. . . that the possibility of our own grotesque demise exists, because of the materials we are made of and our ability to not only conceive of, but enact it: “There was a grinding noise / as I was lowered into the pit. / I could not read my head- / stone as I dropped. / I could not read / the cold earthen walls. / The lantern went out. / At the bottom an eye / cracked open. I felt / a greater wound. / Dark shapes scrambled / towards me.” 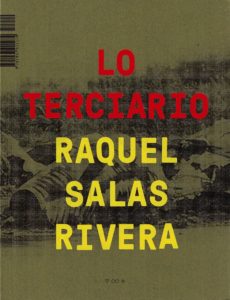 Long-listed for this year’s National Book Award, Raquel Salas Rivera’s reaction to the PROMESA bill, Lo terciario / The Tertiary, employs a relentless, formal rage against the colonialism devastating Puerto Rico. These poems feel and act like a controlled burn, making the forest healthier by destroying parts of it: “for every two compas that jam the cogs of the oversight board / the coconut flanes and the alcapurrias duplicate. // each time you believe a woman who’s been raped / a child of trans experience acquires his hormones.” 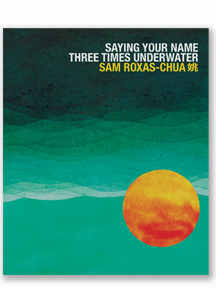 Like the gorgeous asemic art featured in his Echolalia in Script, Roxas-Chua’s work in Saying Your Name Three Times Underwater is both measured and improvisational. It explores cultures he’s felt both a part of and apart from, often simultaneously, letting memories of these experiences and what is triggered in the imagination by these memories launch the narratives into meditative, incantatory solos: “Inside of a room, sits a box. / Inside the box, rests a seed. / Inside the seed, balls a planet. / Inside the planet, lifts a baby. / Inside the baby, an egg of thoughts. / Inside those thoughts, gallops a heart. / Inside the heart, a murmur of poems. / Inside those poems, the wet roof of the soul. / Inside the soul, a canyon. / Inside the canyon, a death.” 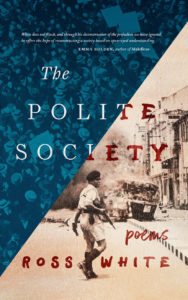 “He is scared that God, / who was not there to greet him, / had no plan for him, / or had a plan and forgot.” In The Polite Society, White’s thoughtful discernment—with both form and language—creates a piercing critique of both the personal and the universal, ultimately illuminating how the two are inseparable, and no one is absolved. 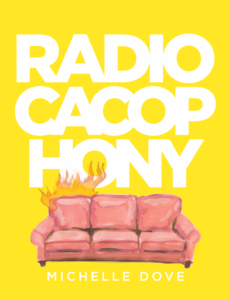 Not only does Dove’s deadpan slacker humor not distract us from the highest order dramatic tension/irony she brings to life, it only serves to enhance it. We know these people. We ARE these people. And, as a result, the stakes are higher, the concern and fear real. Here’s just one instance in which Dove captures us being us: “…I worry that in the confines of the backpack the condoms expire before I can ever use them. Over time I become too disheartened to keep throwing out the old condom and replacing it with a new condom. What a hassle! Eventually I stop going to the Health Center altogether, even for annual checkups, having irrationally convinced myself that preparing for sex I’ll never have is worse than having a child I never wanted.” 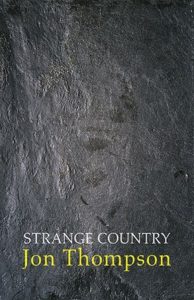 Strange Country provides everything we go to Thompson’s work for—relentless observation, patient revelation, and assured and beautiful music. It is often quiet, but not in a timid way. It is a decisive, trustworthy, rewarding quietness: “A city is a kind of self / that invents itself. // A mask. // It deeply resembles you. // And you seem nothing like // a sky shivering with flashes of lightning. // You reveal yourself to yourself // to reveal yourself to others.” 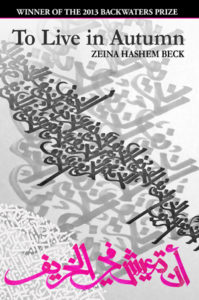 Zeina Hashem Beck, To Live in Autumn
(The Backwaters Press, 2014)

In To Live in Autumn, Zeina Hashem Beck examines how absurd beauty can seem, how strange yet how necessary in the face of unrest, turmoil, violence, war. These poems inherently argue against the notion that the pursuit of beauty might be decadent or indulgent when under such duress, showing us that beauty is a necessary survival tool, as it—in the form of love, nature, aesthetics, etc.—is a reason to survive: “We don’t know which fickle gods / control the chronology of our seasons, / but we’ve decided to live / in this permanent autumn / that offers no flowers, / yet leaves space enough / for the breeze.” 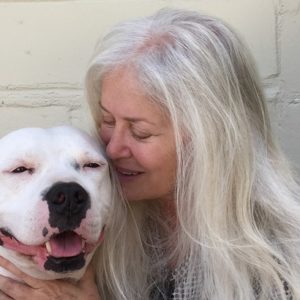 People are getting away with murder, but I can’t get away with having a glass of water in bed. I trade sides with my dog,...
© LitHub
Back to top
Loading Comments...