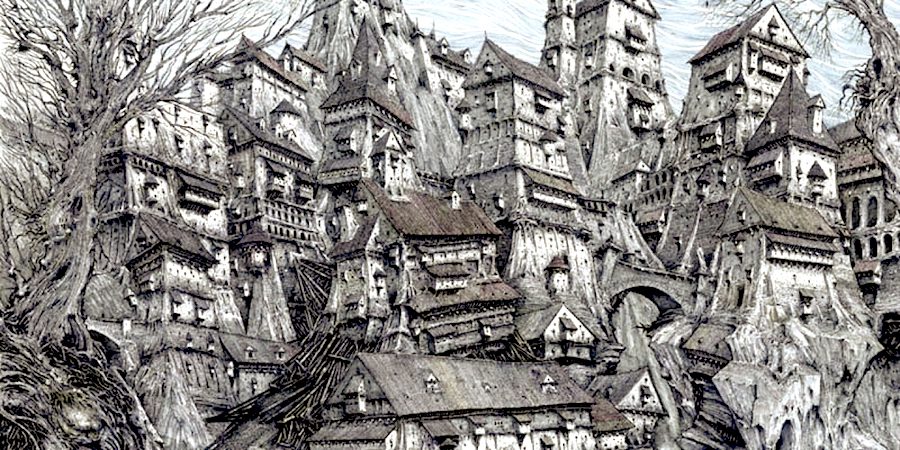 Andrew Ervin on Gormenghast and The Big Book of Fantasy

Genre is often the least interesting way to describe a work of art. To declare a story “literary” or “science fiction” or “fantasy” strikes me first and foremost as a commercial designation, one intended to make it easier to market and perchance to sell. And yet I know that genre is a necessary evil and I find myself fascinated—if not obsessed—by the taxonomies that arise even while I attempt to resist them in my own fiction. What is this? I ask myself, all the time, about what I’m writing. When I don’t have a clear answer, I know that my story is starting to take shape.

Mike Mearls is the writer and designer who leads the design team for the current, fifth edition of Dungeons & Dragons. Talk about a dream job. The long-running, semi-weekly game in which I play began before the fifth edition came out, which makes for some delightful rule bending while we continue to transition to this excellent new system. We’re still see-sawing between two sets of rules, and it’s glorious. (Our campaign is set in Mystara, if that means anything to you.)

In a recent interview, Mearls distinguished fantasy from science fiction in a way that I found illuminating and helped me clarify my thinking about both genres. “Science fiction is about laws. ‘This is what happened, no one can change it,’” he said. “Fantasy is about truth, which is relative.” I’ve been thinking about that a lot.

I found this distinction helpful because I spent a good chunk of my summer reading Mervyn Peake’s Gormenghast novels for the first time, and I’ve been unable to decide how I might categorize them. These books use many conventions of fantasy but tell what’s primarily a realist story, and a terrific one at that—at least in the first two novels. Maybe they’re fantasy and not-fantasy at the same time?

The first two volumes of Peake’s trilogy, Titus Groan (1946) and Gormenghast (1950) employ the techniques of realism in the service of building a fantasy realm that exists separately from our own. (It pains me to report that the third volume, Titus Alone, is hardly worth our time. As with Mishima in his Sea of Fertility tetralogy, Peake should’ve stopped sooner.) The main character is the setting itself: the ancient and sprawling castle-state of Gormenghast, ancestral home of the dynastic Groan family.

“Science fiction is about laws,” Mearl said. “’This is what happened, no one can change it.’ Fantasy is about truth, which is relative.”

Our titular hero Titus is the seventy-seventh earl, who stands to inherit a kingdom in which seemingly every hour is spent in the service of ancient codices interpreted by an elderly librarian. Titus is not the main character, mind you. That would be the devious kitchen boy, Steerpike. Conforming to the past is all that matters in Gormenghast, and Steerpike seeks to control the rituals around which daily life is organized.

The blind, ritualistic obedience to bureaucracy above all else calls to mind both Franz Kafka and Peake’s contemporary, George Orwell, but I’m not alone in my belief that these books constitute an epic unlike any other in postwar fiction. About Titus Groan in particular, none other than Anthony Burgess has written:

The book is closer to ancient pagan romance than to traditional British fiction. The doomed ritual lord, the emergent hero, the castle, the hall of retainers, the mountain, the lake, the twisted trees, the strange creatures, the violent knives, the dark and the foreboding belong (however qualified by tea, muffins, tobacco and sherry wine) to a prehistoric England.

As the author of A Clockwork Orange, he would well know. The Gormenghast novels—the first two of them, at any rate—insist that we rethink how we define the fantasy genre itself. Per Mearls’s formulation, they get at big questions and never purport to tell us how to answer them. Most of my favorite fantasy stories work the same way, as a series of recent forays into The Big Book of Classic Fantasy has reminded me.

Edited by the seemingly indefatigable Ann and Jeff VanderMeer, this anthology serves as what I imagine will be the definitive, English-language anthology of fantasy literature for decades to come, or longer. Specifically, as the title would indicate, it focuses on the early and formative years during which classic fantasy became a genre. In the introduction, they’ve written something that helps my thinking about Gormenghast a great deal:

For purposes of this anthology, “fantasy” means any story in which an element of the unreal permeates the real world or any story that takes places within a secondary world that is identifiably not a version of ours, whether anything overtly “fantastical” occurs during the story.

The idea that leaps to mind here is that of the Secret Commonwealth of European mythology, to use Robert Kirk’s term, and the feywild as described in William Butler Yeats’s anthology of Irish Folk and Fairy Tales. And, indeed, the VanderMeers have coined the term “the rate of fey” to describe “a wildness or an unease or ethereal alienness that emanates from the fey”—that is, from otherwordliness.

Yeats, remember, is often credited with the phrase “There is another world, but it is in this one.” Fantasy literature, then, is that which revels in both this world and some other one. But what, exactly, constitutes classic fantasy in particular? According to the Vandermeers, we’re back at those commercial designations of genre:

Defining “classic,” as from the early 1800s to World War II—from the start of the nascent idea of “fantasy” as opposed to “folktale” to the moment before the rise of a commercial category of “fantasy”—one is still left with more than a century of fantastical stories.

The names you would expect do indeed turn up in the table of contents: Grimm and Shelley, Carroll, and Tolkien. It’s a great joy to revisit these old favorites. Quite a few other names took me by surprise, I admit, and in helping me adjust my own inner taxonomies, the VanderMeers have done me a great service. Only in retrospect—and I’m by no means proud of this—does it make such sense to see stories here by Forster and Nabokov, Hesse, and Kafka.

The Gormenghast novels—the first two of them, at any rate—insist that we rethink how we define the fantasy genre itself.

Of the many things I adore about The Big Book of Classic Fantasy, though, I’m most gratified by the ways in which the editors expanded the conversation well beyond European traditions. There are so many writers here I’d never heard of. Of the 90 stories contained therein, nearly half of them were written in languages other than English and come from 26 different countries. Fourteen of these stories have appeared in English for the first time. Even the most dedicated reader of fantasy literature will likely find a ton of new voices to savor. I was particularly taken by “The Man Traveling with a Brocade Portrait,” a bizarre tale by the Japanese author Hirai Tarō (1894-1965), who wrote under the name Edogawa Ranpo.

All of my favorite stories here and elsewhere defy that commercial need for categorization. They’re the ones that color outside the lines and invent their own shapes. Of course, how we categorize or classify a work of literature doesn’t ultimately matter. What is compelling to me, however, is what questions a story asks. To Mike Mearls’s point, again, I’m interested in what truths a story asks us to hold in our minds during the time we spent reading it and, ideally, for days and months and years afterward.

In Titus Groan (1950), Peake has written, “There are times when the emotions are so clamorous and the rational working of the mind so perfunctory that there is no telling where actual leaves off and the images of fantasy begin.” That, to me, gets close to what I love most in any work of fiction: the blurring of the actual and the fantastical, the real and the extra-real. The two great Gormenghast novels and my new favorite stories in The Big Book of Classic Fantasy do precisely that.

Andrew Ervin is the author of the novel Burning Down George Orwell’s House and the novella collection Extraordinary Renditions. His most recent book is Bit By Bit: How Video Games Transformed Our World. Twitter: @andrew_ervin 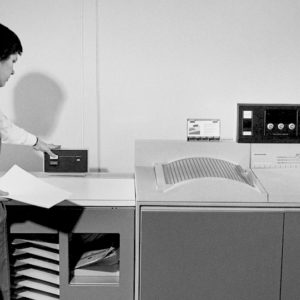 “I decided to have a book of poems published at my own expense.” It was 1909, a year before William Carlos Williams would...
© LitHub
Back to top