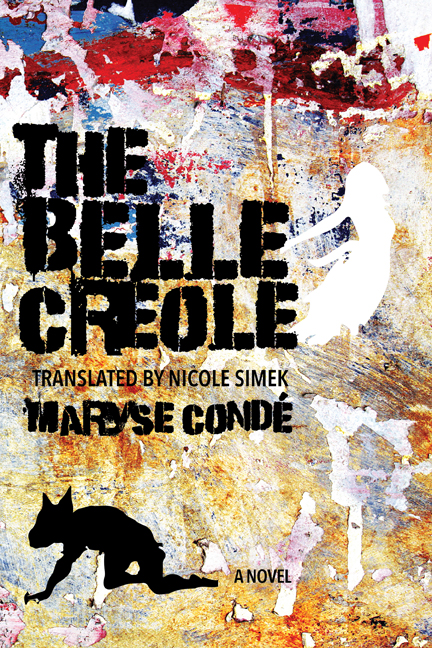 The following is excerpted from The Belle Creole by Maryse Condé and translated by Nicole Simek. Condé is the author of the internationally celebrated novels Segu and I, Tituba: Black Witch of Salem. In 2018 she won the prestigious New Academy Prize in Literature. Simek is the author of Hunger and Irony in the French Caribbean: Literature, Theory, and Public Life.

There was only one shadow over this happy period.

No one knows how, but Loraine acquired a puppy. One fine morning, Dieudonné found himself face to face with a little creature who took no time exercising a despotic power over the household. All hours of the day, Loraine smothered her with kisses, petting her and showering her with sweet nothings. At night, she put her in a sort of bassinet lined with cushions of silk and velvet that she placed by the side of her bed. After giving her some skim milk enriched with egg yolk, she would hand-feed her beef filet slices or kibble made with chicken. It was a pretty pathetic and strange spectacle to see this usually cold, reserved, and even sullen woman suddenly dissolve into utter sappiness. This puppy wasn’t one of those baby behemoths, fleshy and muscular, that her neighbors on either side could have sold her, easily trained to guard, attack, or even kill. It was a ridiculous female Spitz, that she christened Lili to top things off, hardly bigger than a rabbit, with reddish-brown fur streaked with black and as silky as a child’s hair, that hung down over her quick, piercing, boot-button eyes. For reasons known to her alone, the stupid beast took a dislike to Dieudonné. As soon as she spotted him at the other end of the yard or somewhere in the house, she would bark, yip, and growl herself hoarse, baring tiny but very sharp fangs set close together in her gums, as well as a rough, blood-red tongue. At times, she’d get bold enough to approach him, and, audaciously, make as if to latch on to the leg of his track-suit. If she woke up during the night and saw him entangled in the bed sheets, she would almost suffocate with rage until Loraine, to please her, dismissed her companion. Dieudonné, sick with shame, returned to his bench in the garage. Lili’s behavior made Loraine laugh until she cried. In stitches, she would try to get the horrible yappy mutt to calm down.

“Oh come on, my little doudou, leave him alone! Are you jealous? You know you’re my one and only love!”

It was Amabelle’s job to take Lili out to do her business, walking hunched over and shaking her derriere all the way down the Allée des Amériques. While she complied without a word, it was clear that she had the utmost repugnance for Lili. How did she manage to cleverly offload the task onto Dieudonné? However it happened, in addition to escorting Loraine, he now found him- self putting Lili’s leash on and walking her around the neighborhood. Nothing was more humiliating for him. Overcoming her animosity, Lili was content enough to follow him quietly. But once outside, she’d take off like a shot, making Dieudonné run too. Then, without warning, she’d zigzag every which way, or else she’d stop, squat, and pee on a bougainvillea, or, even worse, painfully relieve herself of a dark, fetid turd while Dieudonné was forced to stand there and wait. Like Amabelle, like everybody in the country, Dieudonné feared and despised dogs. It goes way back. In the plantation days, dogs hunted escaping blacks, tracked them down, and made the maroons bleed on behalf of the Master. Besides, everyone knows that Spirits love turning into dogs, taking the form of the age-old enemy in order to play their malicious tricks. Worse still, they were animals only good for a laugh, or pity. As the days wore on, the hatred Dieudonné felt for the puppy reached its peak. He couldn’t stand seeing her constantly curled up at Loraine’s breast or on her knees anymore. He couldn’t stand seeing Loraine covering her slobbering little mouth with passionate kisses, letting her eat off her plate or lick the bottom of her glass. Those affections should have been reserved for him. And yet, she never showed him anything but harsh condescension.

One late afternoon, then, he took Lili to the Belle Créole.

Soon, the sky would be losing its electric-blue color and turning mauve. The waves of heat would be dying down. A strong breeze was rising, rippling the surface of the water. The languid boats were finishing their nap and readying themselves for nighttime. He knew that, because of the profusion of all manner of rodents, Boris kept rat poison in a cupboard in the galley. He carefully mixed the pink granules with a bit of ground beef that had been left lying around and put the concoction in a saucer that he set in front of Lili. At first, accustomed to oh-so-finer foods, the little beast sniffed at this dish with disgust. In the end, she must have liked the smell of rot, because she attacked it voraciously, licking her teeth over and over to finish off.

Everyone knows that Spirits love turning into dogs, taking the form of the age-old enemy in order to play their malicious tricks.

Death was practically instantaneous. Lili vomited up a bloody puree, let out a few hoarse whines, then fell down on her side, her four legs stiffening. Silence. When all was done, Dieudonné wrapped her body in a plastic bag and shoved it in one of the trashcans on the dock.

Then he came back to the Allée des Amériques with a jumbled story about how Lili, capricious as usual, had slipped away from him. Since she had shot off like an arrow right into the middle of the street, she had been squashed by a car. Dieudonné could tell by her expression that Amabelle didn’t believe a word of his tale, but the account threw Loraine into a frenzy of cries and tears. He had a world of trouble preventing her from rushing to the scene of the accident. Then she shut herself up in her bedroom. When he came to join her, she revealed the key to her sorrow, in one of those sad soliloquies that she alone knew how to give so well.

“Everything repeats itself! This isn’t the first time this has happened to me. You see, I’m cursed. When I was little, maybe five or six, we were spending our vacation at our Saint-Léger-des-Feuilles property when someone from the family gave me and Florelle a dog—that one was all white and curly, she was a kind of poodle. We called her Lili. We used to take her everywhere, even to church. We adored her. You won’t believe it, but one afternoon our best friend Sophie came over to play with us and her chauffeur backed over Lili right in front of our eyes. He never even said he was sorry.”

Her tears seemed to have no end.

For weeks, Dieudonné was unable to savor his victory. He was unable to get close to Loraine to drink from her waters. She refused to eat and drowned her pain in whiskey. Always more whiskey. Amabelle was constantly picking up empty single-malt bottles. As a result, by nine o’clock she’d already be asleep with her mouth open in front of the television, indifferent to the fortunes and misfortunes of the blonde American women who usually enthralled her. He would carry her to her bed, change her clothes, then watch her sleep for hours on end, his heart torn between tenderness, possessiveness, and remorse for the crime he had committed.

It goes without saying that once Dieudonné started working for Loraine, his headaches vanished. It was as if her gaze, her scent, her rare smiles, everything about her produced a drug more magical than crack, more powerful than any other remedy. Boris, sagaciously, advised him to take care. Everyone knows woman was created for man’s perdition. Even more than black women, white women are vicious, dangerous, rattlesnakes. He assembled a series of examples.

“Eve was Adam’s ruin. Helen caused the Trojan War. Cleopatra finished off Antony and Caesar. La Malinche screwed Cortez and that was it for the Incas. What is there exactly between you?” Dieudonné tried to describe the feeling that was transform- ing his life, that was suddenly giving it a goal, a meaning, a direction. Then he realized that all Boris wanted to know was if he was sleeping with Loraine, and he closed up. It wasn’t anybody else’s business.

Reprinted from The Belle Creole by Maryse Condé, translated by Nicole Simek, by permission of the University of Virginia Press. Copyright 2020. 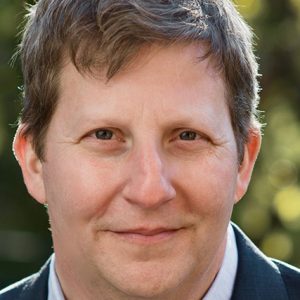