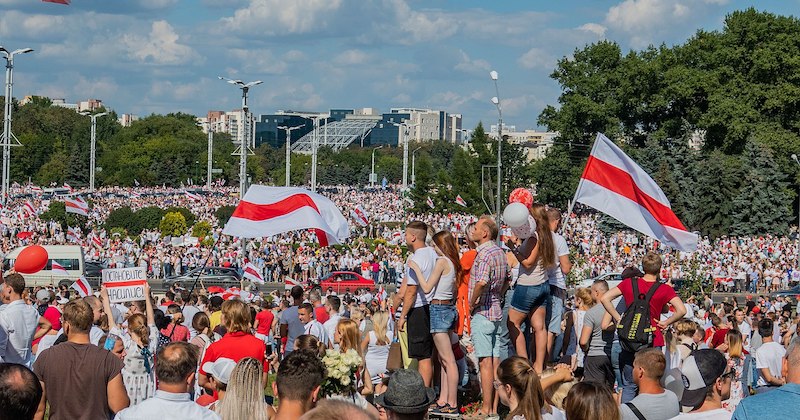 The Belarus government has moved to liquidate PEN Belarus.

Yesterday, the Belarusian Justice Ministry moved to shut down PEN Belarus, sister organization of PEN America currently run by Nobel winner Svetlana Alexievich. This news comes amid widespread crackdowns on civil society activists and independent media by the Belarusian government this week, which president Alexander Lukashenko described as a “mopping-up operation” to stop “bandits and foreign agents.” This month alone, as the Associated Press reports, the Belarusian government has conducted over 200 raids of offices and apartments of activists and journalists; and in October 2020, police detained four members of PEN Belarus after their participation in peaceful protests.

The representative of the Republican Public Association ‘Belarusian PEN Center’ must appear at the specified time with documents confirming the authorization to participate in the case.

No reason was provided for PEN Belarus’s liquidation. As well as PEN Belarus, over 50 NGOs, including the Human Constanta human rights center, Belsetka Anti-AIDS group, and the Press-Club, an organization offering education programs for journalists, face closure.

“When a government silences and stomps on its writers, it reveals a level of shame and decay that leaders are aiming to hide, but instead only expose,” said PEN America CEO Suzanne Nossel. “Belarus’ leaders may think they can suppress the truth by muzzling those who dare tell it, but the story of the will of the people and the scale of brutal repression will find its way to the world. We stand in solidarity with the writers of PEN Belarus and are determined to ensure that their vital voices are heard and their rights to express themselves vindicated.”

Supporters of PEN Belarus can show their solidarity here.