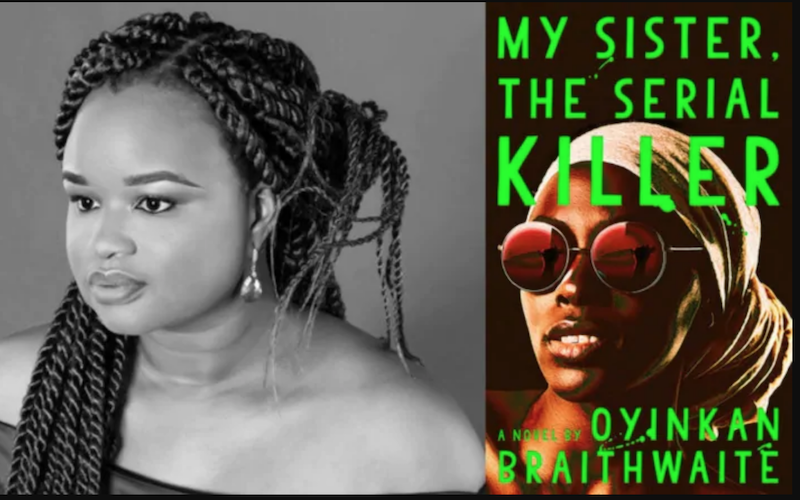 The Author of My Sister, the Serial Killer on Violence, Beauty, and Poetry

This week on Reading Women, Oyinkan Braithwaite joins Kendra and Autumn to discuss her novel My Sister, the Serial Killer.

Autumn Privett: One of the things that I really enjoyed while I was reading your book was the style you wrote it in. It wasn’t a surprise to me that you were also an award-winning slam poet. How was the relationship between your poetry and your writing? And did you have a different approach writing your novel versus your poetry? Like, what does that look like?

Oyinkan Braithwaite: I actually don’t write poetry as much these days. I sometimes miss it, but it’s hard to get my mind in that space. I think it can be different. I used to write poetry from a different place. I used to write poetry sort of from a place of frustration or irritation with things that were going on. You know, it allowed the words to be intense and all that. But I think also what writing poetry taught me was brevity and to be deliberate in your choices. And I think that has definitely affected my prose. I’ve never been one to sort of waffle on and on when it comes to writing. And I think that’s mostly because of the poetry because I make some deliberate choices. But also the way that I wrote the chapter style, I didn’t write it as one coherent piece necessarily. And you know every chapter was a new word document. Now I would sort of write it that way, and then when I was done with that chapter, I would end it for the day and start another chapter the next day.

Kendra Winchester: And now that you talk about that, the short chapters and the way that it’s structured does really make sense. And when you look at the book, I didn’t realize what a small book itself it was as a physical object until it was in my hands. And then you mentioned that being a poet makes you kind of value every word and be very concise. It really makes sense when you look at the structure and at the length of the novel and this entire story fits in that short amount of space. And I didn’t feel like I was missing any part of the story, which is all concisely between the covers.

OB: It’s something I have to work on as well, but like sometimes I feel like, Oh, the reader will get it. They’ll be able to fill in the blanks. And I think sometimes it comes from a place of loneliness. But at the same time, you know, people are able to fill in the blanks. You actually don’t need to tell you know every little thing about what your character’s been through. And sometimes I think it’s interesting not to know. Because in real life, you don’t know everything but everybody you come across. And you can’t always understand why people have done xyz. You want to understand, and you guess and you reason. But at the end of the day, you never really know. And they may not know why they did a particular thing or said a particular thing. So I don’t see why, in literature, I need to fill in every single blank.

AP: There’s one part in the book after Ayoola meets Tade, and her sister’s really mad at her. And Ayoola says, all they ever want is a pretty face. And that quote really stopped me in my tracks as I was reading, and it really made me start to think about the relationship between beauty and violence in the book. Is there a relationship between beauty and violence?

OB: I don’t know necessarily about a correlation between beauty and violence, but I do know that, in terms of the influences we have had as humans, in terms of the literature we’ve consumed and the films we’ve watched and all of that, especially back in the day where you’d see where wholesomeness and goodness were almost synonymous in terms of the literature that we consumed because you had to be . . . if I think about the the tragedies, the Shakespeare-type stories, and all of that . . . all those women were beautiful. If there was a bad woman, she was also ugly. They went hand in hand. You know, even when a woman was, you know, if she died, she died young and beautiful. And I think around that time as well, well not necessarily around, but maybe one or two years beforehand, I don’t know if you guys remember, there was this hashtag that was going around, #prisonbae, which was about a guy whose mug shot had gone viral because he was really attractive.

So you know after he got out of prison, he got these modeling gigs and all of that. And the whole time I was like, But what crime did he commit? Like you know, I’m sure other people were asking the question as well. But there was this overwhelming sense of, oh my goodness, he’s so attractive! But there were other inmates who maybe were more deserving . . . . I don’t know. I don’t know the guy personally. But just on the principle of it, there were other people who maybe weren’t as attractive who would come out of prison and struggle to find jobs, struggle to make a living. But this guy, off of his looks alone, was making a killing. And you know, I think eventually he left his wife and he impregnates an heiress. And there was this whole thing, and I just thought like, this is off of nothing. Not his personality. Not anything else, except the way that he looks. So just goes to show, it’s not even just women. It’s men as well. And I find that quite interesting. 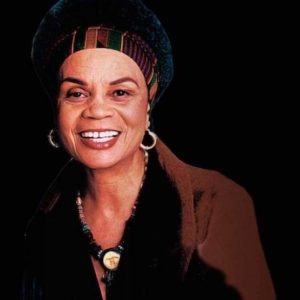 There was a poster in my father’s office of “Poem at Thirty” by Sonia Sanchez on one side, and then running along it a powerfully...
© LitHub
Back to top