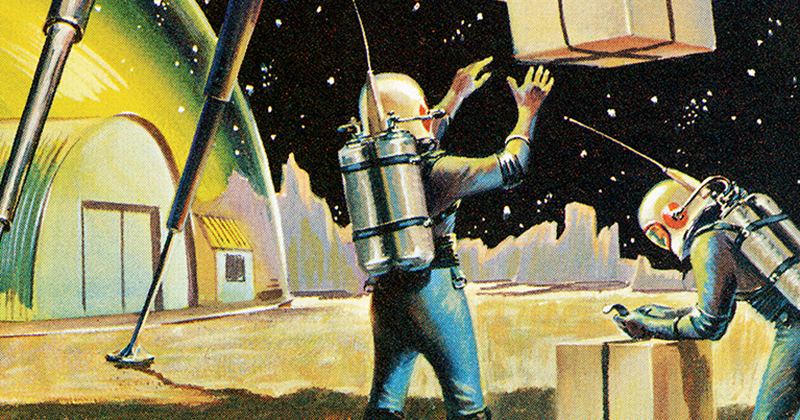 In today’s episode, Daniel Deudney makes the argument against the human colonization of space. He suggests that Space Expansionism is a dangerous project, a utopian ideal that masks important risks to human civilization. His latest book is Dark Skies: Space Expansionism, Planetary Geopolitics, and the Ends of Humanity.

Michael Robinson: There are a lot of concepts that you talk about in your book. At the center are these two: space expansionism and technological futurism. Can you explain what you mean by these two concepts?

Daniel Deudney: Well, space expansionism is a term that I use to describe the body of thought and advocacy, which has developed over roughly the last long century, that argues that humans can go into space and should go into space and do various things which will have great benefits for humanity. And technological futurism is a much larger category of activity and thought. Technological futurism is looking ahead and attempting to forecast technologies and to assess their potential consequences. And this is something that has been going on since long ago. In some ways, one of the founding texts of modern civilization, Bacon’s New Atlantis, was an exercise in technological futurism.

Daniel Deudney: That’s right. Francis Bacon was an English statesman and politician as well as a philosopher and political theorist. And he perhaps was best known for giving one of the clearest early versions of the inductive science approach to knowledge. But he had a much, much larger stick. He argued that the program of acquiring knowledge that he had laid out would revolutionize the human condition, that it would over time result in the transformation of the human state. And New Atlantis is very odd kind of science fiction work. He lays out some of that vision, and part of this is simply the idea that, well, we have this technology and that technology and where did they come from? Who knows, really? But we obviously see that they are important so let’s look ahead and start imagining all of the different technologies that might exist and start thinking about to what degree they are possible.

So forecasting what is possible and assessing what are the consequences has been integral to the civilization of scientific technological modernity since its beginning. And of course, with the Enlightenment and then even more so in the late 19th century, when the fruits of this program are unmistakable features of the human world, often with great consequences, and technologies that we only have because of scientific advances. So at the turn of the century, you get people like H.G. Wells doing this with even further sophistication. And then across the 20th century, this is swollen to an immense activity, much of it routine, and military organizations and corporations, government agencies more generally. It goes on and space expansionism is one module within that larger technological futurist activity.

Michael Robinson: You make the point in your book that futurists are people who are kind of connected to this idea of technological futurism, especially in space. Futurists are also usually space expansionists. I was thinking about that. I’m like, why would that have to be? Because there are all kinds of, let’s say, technologies of space that don’t require expansionism. You have all kinds of remote rovers, for example, and telescopes. So what’s the connection between space, futurism, and people who want to expand or colonize space?

Daniel Deudney: Well, there’s lots of different ideas in space expansionism. And certainly one of the most basic is exploration to acquire knowledge. Think about geographic exploration as a type of scientific activity where one goes to different places and makes, you know, empirical observations about those places. That’s what exploration is. So geography is a science in an important way. And that activity, as you intimated, doesn’t really require humans nearly as much as it will get in the past. This is one of the unique features of space exploration to date in comparison, say, to the exploration of the ocean or the Arctic or the atmosphere. We have robotic vehicles that have gone to Mars. Many of the bodies in the solar system have been visited by probes of increasing capability. And humans have only been briefly—50 years ago—to the moon. And so there is a sense in which a kind of prostatic or a robotic exploration has been occurring.

And the reason for this is kind of obvious, which is that the cost of putting a human into space and keeping a human alive is about the same as it was 50 years ago. Very high, very difficult. And the cost of sending a probe has been getting successively cheaper. This is, of course, because the generic technologies people say, oh, space technology has been advancing. Well, the technologies that have been advancing that are most important have not really been unique to space. They’ve been the same technologies rooted in revolutions and solid-state physics that underlay the Internet censors, obviously computing capability, communications. Think about the amount of bandwidth that we now etch into tiny parts of the electromagnetic spectrum, say, compared to what the electric telegraph could do. Bandwidth has been the big story.

Daniel Deudney is a professor of political science at Johns Hopkins University. He’s the author of Dark Skies: Space Expansionism, Planetary Geopolitics, and the Ends of Humanity. 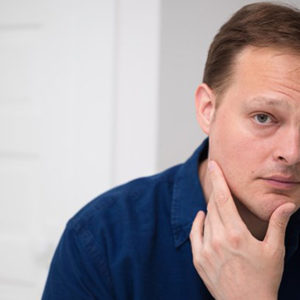