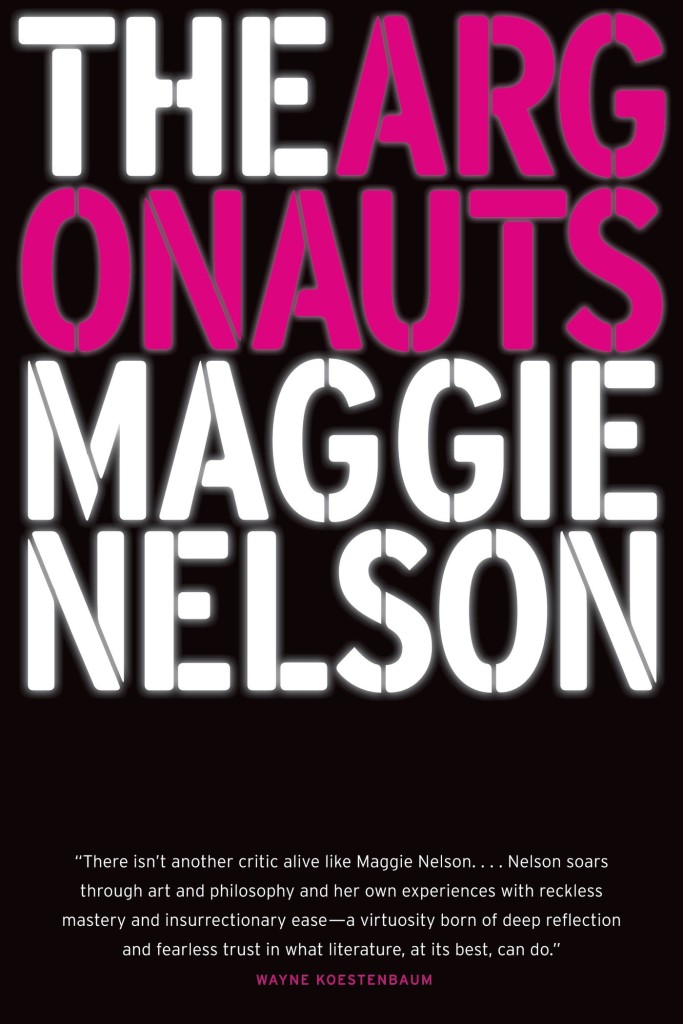 The following is from Maggie Nelson’s memoir, The Argonauts. Nelson is a poet, critic, and nonfiction author of books including The Art of Cruelty: A Reckoning, Bluets, and Jane: A Murder. She teaches in the School of Critical Studies at CalArts and lives in Los Angeles, California.

Every other weekend of my pregnant fall—my so-called golden trimester—I traveled alone around the country on behalf of my book The Art of Cruelty. Quickly I realized that I would need to trade in my prideful self-sufficiency for a willingness to ask for help—in lifting my bags in and out of overhead compartments, up and down subway steps, and so on. I received this help, which I recognized as great kindness. On more than one occasion, a service member in the airport literally saluted me as I shuffled past. Their friendliness was nothing short of shocking. You are holding the future; one must be kind to the future (or at least a certain image of the future, which I apparently appeared able to deliver, and our military ready to defend). So this is the seduction of normalcy, I thought as I smiled back, compromised and radiant.

But the pregnant body in public is also obscene. It radiates a kind of smug autoeroticism: an intimate relation is going on—one that is visible to others, but that decisively excludes them. Service members may salute, strangers may offer their congratulations or their seats, but this privacy, this bond, can also irritate. It especially irritates the antiabortionists, who would prefer to pry apart the twofer earlier and earlier—twenty-four weeks, twenty weeks, twelve weeks, six weeks . . . The sooner you can pry the twofer apart, the sooner you can dispense with one constituent of the relationship: the woman with rights.

For all the years I didn’t want to be pregnant—the years I spent harshly deriding “the breeders”—I secretly felt pregnant women were smug in their complaints. Here they were, sitting on top of the cake of the culture, getting all the kudos for doing exactly what women are supposed to do, yet still they felt unsupported and discriminated against. Give me a break! Then, when I wanted to be pregnant but wasn’t, I felt that pregnant women had the cake I wanted, and were busy bitching about the flavor of the icing.

I was wrong on all counts—imprisoned, as I was and still am, by my own hopes and fears. I’m not trying to fix that wrongness here. I’m just trying to let it hang out.

From THE ARGONAUTS. Used with permission of Graywolf Press, Minneapolis, Minnesota, www.graywolfpress.org. Copyright © 2015 by Maggie Nelson.

An Ode to Cold and Snow: Scenes from Winter's Tale 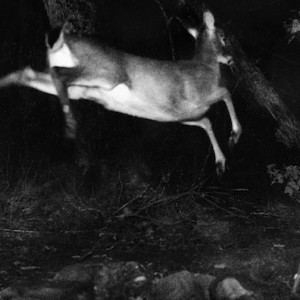 The First-Ever Photographs of Animals at Night George Shiras is credited with taking the first-ever nighttime wildlife photographs, using a technique he developed in the early...
© LitHub
Back to top