The Annotated Nightstand: What Raquel Gutiérrez is Reading Now and Next

Raquel Gutiérrez’s debut essay collection Brown Neon (out tomorrow with Coffee House Press) is what she calls “an ekphrastic memoir.” It zips between a variety of images from her lovelorn aches, sizzling desert heat, stick-and-poke tattoos, adobe brick making, fibroids, water stations at the border, the photographs and life of Laura Aguilar. While art undergirds much of the collection, this is largely an exploration of Donna Haraway’s notion of “oddkin”—cultural/social/emotional family through, in Gutiérrez’s case, queerness, art-making, Latinx identity, and the Southwest.

The relationships she fosters and interrogates, as carefully as she does physical structures and art production, are what drive these essays. There is an undeniable love of the desert landscape occupied by Anglos and often, simultaneously, defined by our most egregious representatives’ politics: the wild west for white cowboys and few others. “I felt oceanic toward the desert’s beauty,” Gutiérrez writes, “a beauty permeated by the slow yet painful realization of colonization.” The collection largely describes events after Trump’s election.

Of her to-read pile, Gutiérrez writes:

This TBR pile reflects where pleasure and craft coalesce. Or rather how sentences sing and what I might learn about voice, image and descriptions that pivot from the lush to the sublime. How we might visit and revisit ourselves as artists through the lives of musicians who continue to enchant us—or is this new directions in haunting?

I’ve been preparing a poetry in translation course for the low residency program I teach in and wonder how writers translate the same language back to themselves or rather how translation functions as an idiomatic practice for even the most monolingual of us? I’m looking forward to keeping the desert heat at bay this summer with works that engage the Salvadoran diaspora through language and visual culture. As well as looking forward to teaching a non-institutional workshop on queer and trans memoir and auto theory in Tucson this Fall.

*
Paul B. Preciado, An Apartment on Uranus: Chronicles of the Crossing (tr. by Charlotte Mandell)

I know Preciado for his book Testo Junkie, an autotheoretical text that describes and scrutinizes his experiences using Testogel, in conjunction with the pharmaceutical industry and pornography (and so much more). This book seems to pursue notions of gender with similar depth, in which Preciado illustrates his experiences when he “transitioned”—but bucks against the ways in which society imposes notions of identity and gender on people. As the jacket-copy states, “Preciado dreams of an apartment on Uranus where he might live beyond existing power, gender and racial strictures invented by modernity.”

Intervenir/Intervene is a compelling work of intense collaboration between Dorantes and Sánchez, as well as their translator Jen Hofer. Dorantes, who lived in Ciudad Juárez for many years before gaining asylum and settling in the US, engages with Sánchez, the Mexico City-based poet. Their poems that consider the variety of concerns. As the starred review in Publishers Weekly states: “The language of violence, estrangement, and disappearance volleys throughout the text in fragmented refrains; the force of one utterance disrupts and changes the course of the last, such that a poem begins from its own destruction and continues by way of perpetual interruption.”

The Ni:mi:pu: scholar, author, and Berkeley Ethnic Studies Professor Beth Piatote’s first book of short stories considers a series of interactions and characters, often defined by family. The jacket copy states, “Beth Piatote’s luminous debut collection opens with a feast, grounding its stories in the landscapes and lifeworlds of the Native Northwest, exploring the inventive and unforgettable pattern of Native American life in the contemporary world.”

Best known as a grunge Seattle singer from the bands Screaming Trees, The Gutter Twins, and Queens of the Stoneage, Lanegan’s voice was simultenously soulful and gravelly. A friend dragged me a basement show of his in the 2010s, and had no idea what I was in for. I loved it. Lanegan was friends with Kurt Cobain, Kristen Pfaff, and other grunge giants. Their experiences with drugs, addiction, and emotional strife define the pages of this memoir. As the Kirkus Review states, “A stunning tally of the sacrifices that sex, drugs, and rock ’n’ roll demand of its mortal instruments.”

*
Alejandro Varela, The Town of Babylon

Reading about The Town of Babylon, I wondered, How have I not heard about this book? A fault of my own, certainly. Bryan Washington writes that the novel “is epic, intimate, hilarious, and heartrending… It’s as much a love story as it is a story about love in the world, broaching the impossible question of whether we can ever really go home again—but Varela clears it with ease. This book is a queer masterpiece and Varela’s prose is masterful. I didn’t want it to end.” Indeed, it seems like a book we should all read, a kind of coming-of-age story for a gay Latinx professor who ends up heading home after his husband cheats, goes to his twenty-year high school reunion, and gets caught up in the people he had left behind.

I have had a deep love of the late-great Dilla since college, chasing the white rabbit of the music that people find (Lost Scrolls anyone?), the stories people tell, his amazing mother. If you haven’t listened to Donuts, fix that. I knew this book was coming out, and want to get a copy and read it – but its length, as much as Dilla deserves every word, keeps me away for now. My own to-read pile is literally pulling my shelf off the wall. I need to make headway before I dig into a new big one. I loved Jordan Ferguson’s 33 1/3 series book on Donuts and, as it’s slim and trim, it made for a great afternoon snack.

This is a collection based on an exhibition at Tufts University this year that I am pained to only have learned about now, considering how close I live to Tufts during the schoolyear. In these Spanish-English bilingual essays, the contributors meditate on the Artists Call Against U.S. Intervention in Central America, a 1980s activist campaign that is relatively self-explanatory in its name, which included the likes of Doug Ashford, Fatima Bercht, Josely Carvalho, Daniel Flores y Ascencio, Kimiko Hahn, Jerry Kearns, Sabra Moore, and Juan Sánchez. The publisher writes, “Art for the Future is at once an archive, historical document, and critical text that fills a gap in the examination of political and aesthetic actions across the Americas, both then and now.” 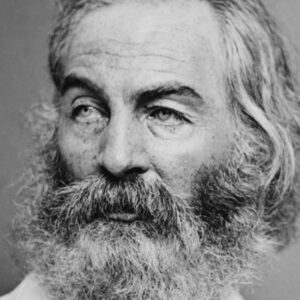