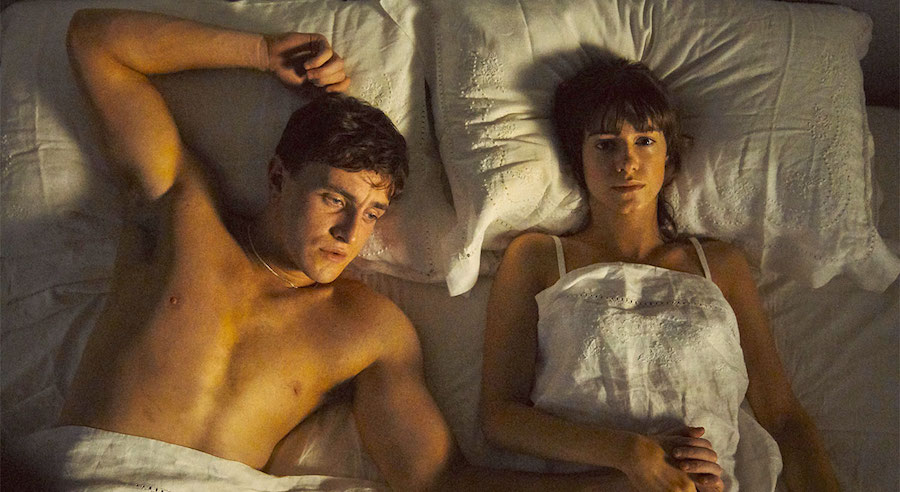 Lorrie Moore has written a kind of ecstatic, intergenerational, theses-nailed-to-the-door review of Sally Rooney’s Normal People (both the novel and the TV show). I like the fiction of both Moore and Rooney. I am also a Gen X’er. I think Boomer vs. Millennial conversations are reductive and absurd but very entertaining, as is this review.

Herein are my ten favorite sentences:

1.
“Due partly to smartphones, millennials are essentially suburban, no matter where they have actually grown up.”

I don’t understand this, really, but it feels true.

2.
“Millennials are boundary-conscious and cannot be touched by anyone, even on the sleeve, without consent, but with consent will have hook-ups with total strangers and enact desire in frightening postures of BDSM—a term, and maybe even a thing—not to sound too much like Philip Larkin—that I’m quite sure did not exist prior to 1983.”

This is absurd and forced me to imagine Philip Larkin in an off-brand ball-gag, but still. A good sentence.

3.
“Boomers, with no Harry Potter, but only books such as Old Yeller, wherein a boy has to kill his beloved, rabid dog, were assured that they had nothing remotely like a superpower, only an arsenal of mind-wrecking tasks, like shooting your own dog.”

This has some “come sit on my lap” drunk holiday swerve in it but no contemporary criticism is complete without a dead animal.

4.
“Millennials speak so quickly, it is no wonder that boomers seem and sound like idiots, even to themselves.”

5.
“Unlike baby-boomers, millennials have a confident understanding of mental illness, pornography, and technology, which in the boomer literary world, it is said, only David Foster Wallace ‘gets.’”

This generated many questions in the office Slack, most of which were answered by “1962.”

6.
“They often seem like nice people who privately are doing terrible things to themselves.”

7.
“Connell is played by Paul Mescal, a trained Irish stage actor who strongly resembles Michelangelo’s David, but is especially skilled at giving Connell’s inner confusion expression on his face, something ordinary marble cannot do and which even Rooney’s novel didn’t much bother with.”

8.
“Edgar-Jones has an ethereal face made for the screen, with dark, round eyes larger than her breasts, ensuring that she maintains a childlike aspect contradicted by her frequent mental bleakness.”

9.
For better or worse, Connell and Marianne are made to have a lot of balletic and closely miked time in bed, which sometimes makes one worried that the directors are taking advantage of these lovely young people, but it is also here where the characters’ tenderness is best revealed, the surprise of love fully assimilated into sex.

I first read “closely miked” as “closely milked” and it did nothing to subtract from the simple truth of the last clause.

Boomers are people too.