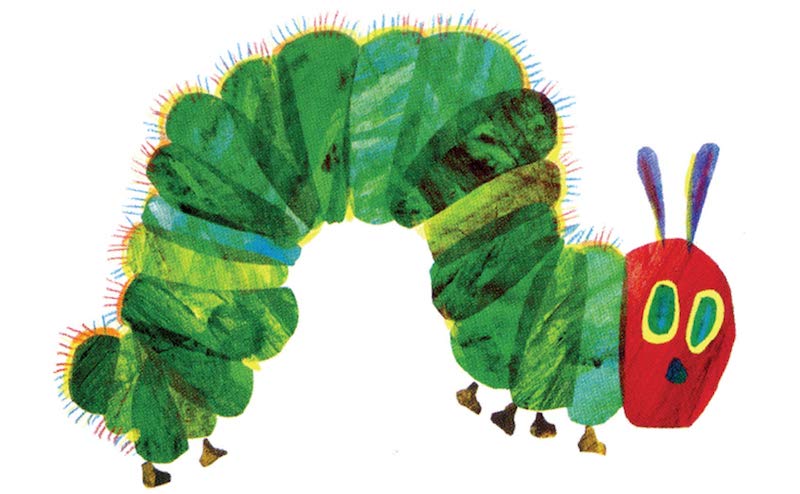 Another tally mark on the Something Nice Is Actually Fake cave wall of the Internet: the heartwarming quote from beloved children’s author and illustrator Eric Carle making the rounds online yesterday is actually a six-year-old April Fool’s joke. And yet it managed to be shared by tens of thousands of Carle enthusiasts, becoming the most popular memorialization of Carle on the Internet before it was debunked. How’d this happen?

Let’s go back to the start: following the announcement of Eric Carle’s death, a picture started circulating on Twitter, ostensibly a quote from Eric Carle:

(The original screencap, posted by Katherine May in the early morning yesterday, has since been deleted.)

The quote hit a nerve with readers, who framed the quote as representative of Carle’s life and artistic practice: respecting children, taking them seriously, refusing to replicate the punishing, harsh adult world in his art. The Smithsonian cited the quote as fact in their tribute to Carle.

Alas, the quote, and the interview to which it belongs, was entirely made up. It was from The Paris Review for Young Readers, a 2015 April Fool’s joke magazine by The Paris Review. TPR jokingly described TPRFYR as “the first magazine that writes up to children”; TPRFYR featured joke articles like “Your Struggle: Karl Ove Knausgaard Helps You Navigate the School Yard” and “Bret Easton Ellis’s American Lunchroom.”

But how did thousands get tricked, when the source is so obviously satirical? Writer and composer Avi Naftali did some sleuthing, and found that the original screencap came from Clare Pollard’s Fierce Bad Rabbits: The Tales Behind Children’s Picture Books, which incorrectly cited the interview as a real Eric Carle interview. (Naftali’s thorough thread is below.)

And the problem is that the book does not identify the interview as parody.

In 2019 @poetclare wrote a (by all accounts excellent) book titled FIERCE BAD RABBITS: THE TALES BEHIND CHILDREN'S PICTURE BOOKS and she inadvertently cited the interview there as legit.

Thus, divorced from its parodic context, the quote resonated with readers grieving Carle’s death and celebrating his work.

What’s the lesson? The importance of fact-checking; the easy proliferation of misinformation; or, the difficulty of satire. Satire needs a clear target and clarity of purpose; if the point is unclear, your joke might be misconstrued as reality. The Paris Review for Young Readers, taken out of context, actually points to the enduring power of Carle’s work. The original joke was that a work of children’s literature could be taken so seriously—now, it’s proven that the world does.