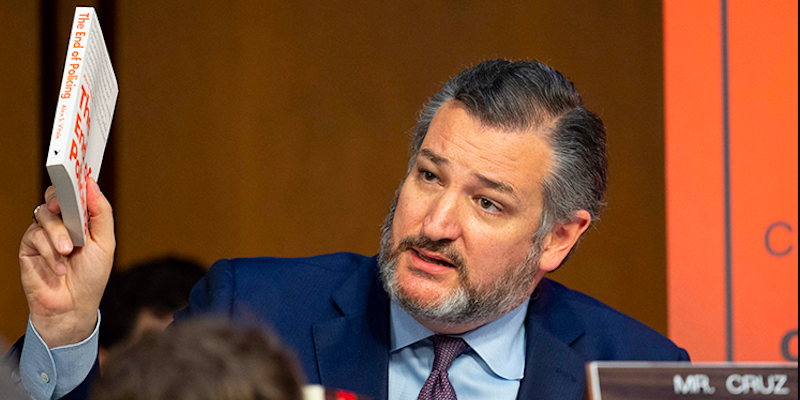 Thanks to Ted Cruz, The End of Policing is a bestseller.

Cruz’s extremely flimsy pretext for introducing the favorite buzzwords of racists/Republicans everywhere into the hearings was that Georgetown Day School, on whose board of trustees Jackson sits, included books like Ibram X. Kendi’s Antiracist Baby and Alex Vitale’s The End of Policing on its recommended reading lists. In addition to asking Jackson if she thought babies were racist, Cruz brandished Vitale’s book while making his signature “self-pitying sociopath” face (which, lest we forget, is scientifically proven to repulse people).

In a delightful turn of events, after Cruz’s truly pathetic display, The End of Policing is now the number one bestseller in Government Social Policy on Amazon.

Thanks to Ted Cruz, The End of Policing is now the #1 Best Seller in Gov. Social Policy. @VersoBooks pic.twitter.com/EoAX4FJmZs

I suppose we have to reluctantly give it up for Ted “Why Am I Persecuted?” Cruz.