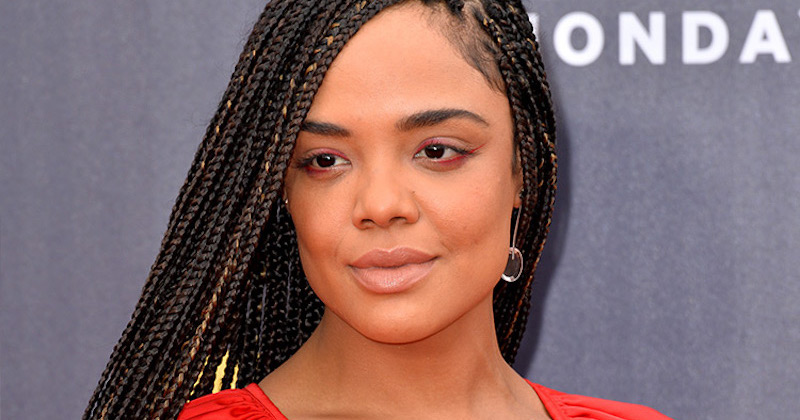 The story of a young Black artist living a sexually-liberated but financially-precarious existence in New York City who moves into the suburban home of her married white lover and his inscrutable wife and becomes a sort of mentor figure to the couple’s adopted Black daughter, Luster was one of the most critically-acclaimed and talked-about debut novels in recent memory. A New York Times bestseller and “Notable Book of the Year,” it was named among the best books of 2020 by damn-near every publication you can think of, and took home a raft of literary awards including the NBCC John Leonard Prize, the Kirkus Prize, the Center for Fiction First Novel Prize, the Dylan Thomas Prize, and the VCU Cabell First Novelist Award.

For her part, Thompson has become one of the most sought-after actors in Hollywood over the past five years, combining scene-stealing supporting turns in tentpole juggernauts like Creed and Thor: Ragnarok with meatier roles in critically-acclaimed indies like Sorry to Bother You and Passing. She also has an established relationship with the powers that be over at HBO through her work on Westworld.

Suffice to say, for the prestige contingent at HBO, green-lighting this one must have been something of a no-brainer.

Here’s hoping Thompson and the French have the juice to actually get it made.