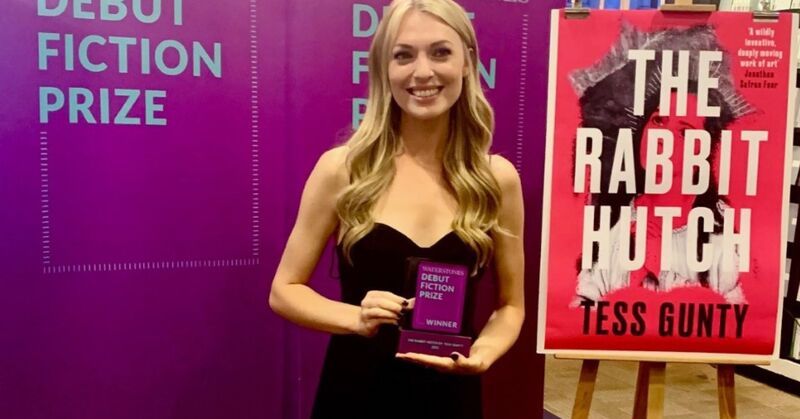 The novel (about four teenagers—recently aged out of the state foster-care system—living together in an apartment building in the post-industrial Midwest), was selected as winner by a panel of Waterstones booksellers from a shortlist of six debut novels that also included Lessons in Chemistry by Bonnie Garmus, Trespasses by Louise Kennedy, How High We Go in the Dark by Sequoia Nagamatsu, Vagabonds! by Eloghosa Osunde and Memphis by Tara M Stringfellow.

Bea Carvalho, Waterstones’ head of fiction, said the novel “truly has the feel of the next great American novel: it is an exquisite, triumphant book which at once recalls the very best of the contemporary canon, while remaining fiercely original and innovative.”

As well as a £5,000 cash prize, Gunty receives “the promise of ongoing commitment” from Waterstones, the UK’s largest and most well-known book retailer.

This initially struck me as a little odd. £5,000 is only half the purse of the (now sadly discontinued) Guardian First Novel Prize, and the phase “ongoing commitment” sounds a little wooly. The more I think about it, however, the better it seems. Waterstones has over 300 bookstores in the UK and Ireland, and if Gunty’s novel is placed in the window of, or at least prominently displayed within, each of those stores, that should translate to a substantial bump in sales for the Indiana author.