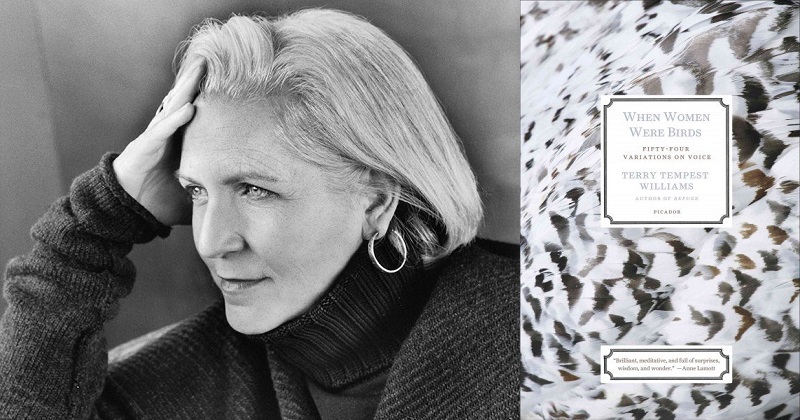 Terry Tempest Williams: “Beauty Is Not Optional, It Is a Strategy For Survival”

In this episode of A Phone Call With Paul, Paul Holdengraber plays music from Terry Tempest Williams’ childhood and talks to her about beauty, the twin elements of joy and sorrow, and the power and importance of the human voice.

Paul Holdengraber: I truly fell in love with your book, When Women Were Birds: Fifty-Four Variations on Voice. The notion of voice is so precious and so particular to each one of us. Why did you pay so much attention to this notion of voice?

Terry Tempest Williams: It’s who we are. Without voice, we are not human. To me voice represents the senses; sensuality. In one second I know when my husband’s voice is tired or excited or alive—the same as my son, my father, my brothers. The people I love, we are connected through our voice.

PH: This particular book, When Women Were Birds is in a way a way to claim again the lost voice of your mother.

TTW: When my mother was dying, she said to me, “Terry, I’m leaving you all my journals but you will have to promise me that you will not look at them until I’m gone.” I gave her my word. I didn’t know she kept journals. She was an extremely private person. A week later, she died. Months later I thought “Now I will find out what my mother was really thinking. Finally I will know, in her most private moments, her real voice.” They were exactly where she said they were. Three shelves of journals, hand-bound and neat. I opened the first one, it was empty. I opened the second one, it was empty… all my mother’s journals were blank. It was a second death, and I just couldn’t deal with it. I put them in the back of my car, drove back home, put them on the shelf, and for 20 years, I didn’t really think about it, until I really needed to hear my mother’s voice. I think the inspiration for When Women Were Birds was that mystery. Why did my mother leave me her journals and why were they all blank?

PH: You tell this story so beautifully in When Women Were Birds. It’s as if she left those journals blank but not empty.

TTW: I never thought of it that way, Paul, but you’re right. They weren’t empty. In many ways they were screaming to be interrogated. We grew up in Mormon culture, where women were expected to do two things: Keep a record of our lives, and of our children. My mother bore four children. I think her act of resistance was in not writing her life story. She lived it.

I think we’re in a constant process of finding our voice, losing our voice, retrieving our voice. I look at where we are right now and how easy it is to feel silent, but who benefits if we don’t speak up loudly, clearly, and passionately? In Mormon culture, we were taught “Don’t rock the boat.” And I had to speak, and I continue to speak and it continues to cause problems, but I can’t

not speak. It’s such a complicated thing that I find myself not being able to find the words. It’s always the attempt, isn’t it?

PH: In your book Leap, you have a quote from Anne Carson: “I am asking you to study the dark.” I love that. Why do you love it?

TTW: I love the night sky. I live in the desert in Southern Utah, and sometimes it’s so dark at the new moon that I can’t find my way to my study where I write. I love the physical darkness. It’s the other side of light, shadow. It’s where our growth is nurtured, where we find the courage not to look away. For me joy is rooted in an understanding of sorrow and of the dark. It’s very different from being happy or content or whatever other nouns we associate with that.

PH: You write that grief dares us to love once more.

TTW: We all know the pain of grief. We wonder if we’ll ever be able to go on. But we do go on and I think grief does dare us to love once again. I’m always aware that a grief shared is a grief endured. And that there’s the community of voices that soothe our own even when we are rendered mute by shadow. I think it’s so crucial that we don’t fear our own voice, because it’s in our voice that we feel and hear our power. So many forces in the world ask us to remain mute. Anything I’ve ever spoken or written was only an attempt to articulate what was in my heart. I don’t know about you, Paul, but words always fail me. They always fall short of what I’m feeling.

PH: I feel that so deeply. You have this line about beauty where you say that “beauty is not optional but a strategy for survival.” How does beauty speak to you?

TTW: What I love is that, in spite of everything, beauty holds us, in whatever form we seek it. Just last week, I was so depressed. I cannot believe what is happening in this country. I’ve been in the Greater Yellowstone ecosystem for the last month and the state of Wyoming is now opening permits so that if grizzly bears get outside Yellowstone National Park or Grand Teton National Park, they can be shot. We tried to organize, buy out the permits, “shoot them with a camera, not a gun.” All this is political, right? And I thought, stop, too much noise. Too much rage. And I went into the park and drove through Willow Flats. On the edge of the Snake River, I saw the willows move. And there in the clearing emerges this immense being—a grizzly bear. And I thought, first and foremost, above all politics, here is beauty on four legs. I just wept. My heart calmed, my eyes opened, and I found a compassion that I had lost. I went out and sat by the river, and all of a sudden there were millions of caddis flies, about the size of your little finger, a constellation dancing on the surface of the Snake River. Grizzly bears eat caddis flies, and I thought, here, now, this is beauty, this is the strategy for survival. The earth, the world, bears, on some level I truly believe they will survive us. I have to believe in those moments of beauty that take us to a place of transcendence where anything is possible. We have to hold on to that. 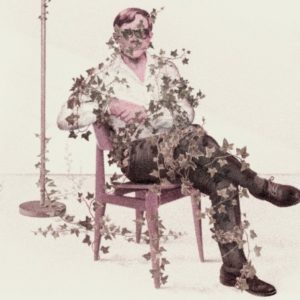 A reader of this column told me last month that she was sad to see Tim Winton’s new novel The Shepherd’s Hut mentioned—because...
© LitHub
Back to top