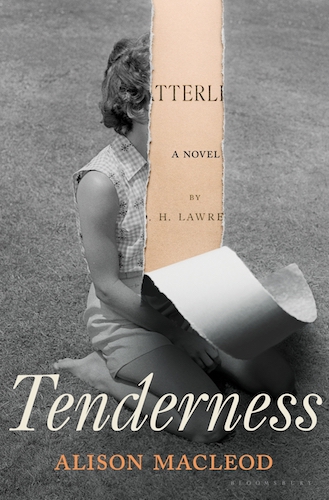 The following is excerpted from Alison MacLeod's novel, Tenderness. MacLeod is the author of three novels, The Changeling, The Wave Theory of Angels and Unexploded, which was longlisted for the Man Booker Prize for Fiction 2013, and two collections of stories, Fifteen Modern Tales of Attraction and All the Beloved Ghosts. She is Visiting Professor of English and Creative Writing at the University of Chichester. She was raised in the States and Canada and lives in Brighton.

The dead could look after the afterwards, but here, here was the quick of the universe: the town lifted from sleep in a vast net of light, and the Mediterranean, five miles away at Cagnes, flickering like a great opal. He’d woken early and had watched the dark gravity of the night yield to daybreak. Now the streets were a mirage, half-dissolved in the dazzle of morning. even the town’s ancient walls were erased, while a barking dog in the road below was more bark than dog. On the balcony, among the geraniums, he squinted: the coastline as far as the Cap d’Antibes shook and shimmered. It was impossible to say where sea turned to sky. The smudge of an ocean-liner materialized at what might have been the horizon, while light streamed—the run-off from the warp and weft of the world. nothing the day touched remained solid, nothing held, nothing except the geraniums and their defiant fists of red.

The previous day, upright in his underwear in the medical bay, the exile had learned that he was, even still, five feet nine inches tall, or that he was when the state of his lungs allowed him to straighten. He would have been cheered by this fact had he not weighed in at 45 kilos on the French scales, and 100 pounds on the imperial—or not quite seven stone. He had insisted on both scales, but the two nations were agreed.

It meant at least that he could go, almost literally, where the wind blew him. The almond trees of the town were a pink-and-white froth of blossom. The breeze, slight as it was, had a reviving salt tang. He needed only his hat and shoes. “Are we ready?” he called into the room.Where was the release for the brake on the blasted bath-chair?

Frieda stepped onto the balcony, clicked her cigarette-case open and leaned, with rubenesque languor, against the rail. she would not be rushed. At her feet, the tiles were littered with cigarette butts and orange peels, some blackened with age, for she was careless, and careless that she was careless. Below the balcony, shutters were opening to the day in good faith. A middle-aged man was washing himself at a barrel in a back garden, his braces trailing from his trousers, and, as if for her, he sang as he flung water at himself—Verdi’s “La donna è mobile.” Frieda’s foot tapped along. She loved a vigorous tune.

Chickens, released from their coops, fattened and clucked. She could smell fresh bread from the baker’s across the road; Monsieur Claudel always arrived at his premises before first light. Cats prowled. A woman, her hair still in its net, pegged out sheets on a line, and somewhere, a baby wailed.

Little by little, morning took possession of the medieval streets and the old roman ways. Fountains bubbled forth again. Shop-owners winched their awnings high against the downpour of light, and the hooves of an approaching dray-horse smote the cobbles. Every few doors, its driver hopped down from the gig to heave a great block of ice to a chute on a shop or café wall.

The morning brimmed, the cafés began to fill, and she watched as holiday-makers tentatively joined the day. “English,” she noted for the benefit of her husband. she had never lost her German inflections. “One can tell by the faces. Pasty. Immistakably so.”

She caught a whiff of something pungent—a blocked drain. “I prefer ‘immistakable’.” she turned, tapped ash into the pocket-spittoon on the low table by his chair, and resumed her position, gazing down. “Isn’t it curious? English babies are most beautiful. They are fat, rosy peaches. They are the glory of all babies. But something happens as they grow. I do not understand it.”

“You love the Med, Lorenzo.” She drew deeply on her Gauloise. “And this really is the most marvellous view. The manager did not lie.”

She’d thought she sounded merely cheerful. In England—though not the other English-speaking nations—one always had to think before one spoke. One had to compose first and speak second. English in England was a trap in which one revealed, without realizing, the details of one’s station: one’s rung on the ladder of life, one’s region—acceptable or not—and one’s education, to be envied or pitied. One could unwittingly reveal, too, in a few casual utterances, an apparent lack of feeling or an excess of it; qualities of discernment, gullibility or culpability; as well as one’s grasp of the code of belonging, or one’s failure to do so. An English person might say, “How interesting,” and one had to know that he or she was actually saying, “How frightfully dull.”

It was a language for spies, Frieda thought, a means for its natives to find out what others were thinking, or who they truly were. German was matter-of-fact by comparison and, after all these years, she still craved its ease. One said what one meant. After marriages to two Englishmen, and the production of three English children by Husband Number One, she was a fluent speaker of English, natürlich. Yet still, she was deemed blunt or even rude in english where she would have been merely straightforward in German.

If this was a source of personal frustration, at least she side-stepped the traps the English set for each other, Lorenzo included. He had shaken off most of his Nottinghamshire inflections, though not his strong vowels. she had marvelled, years before, when she’d first heard him speak in his native dialect, to please Lady Ottoline at her elegant London dinner party. Afterwards, Frieda had told him that his voice mustn’t be a mere party-trick, that he mustn’t give up his true self, but he had merely shrugged. He wanted, he said, to move through society “undetected.”

Indeed, surveillance was so much the habit of the english that they mistook it, she believed, for human nature, presuming all languages to be peepholes for the spy in every person. What a perfect irony that, during the War, they had accused her of that very thing—spying! As if she were capable of keeping any secret! No, she did not miss that little island. No, not at all!

How Philip Roth Taught Me To Write—And Heal 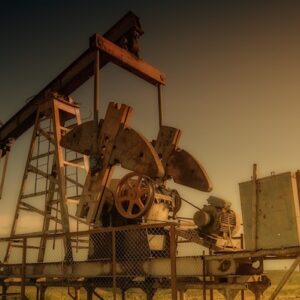 The Case for Nationalizing American Fuel Industries—Right Now Disasters the size of the whole Earth, several of which are now raging all at once, require a cooperative international response....
© LitHub
Back to top