Robert McKee Recommends Everything From Showmanship to Self-Knowledge

Via Twelve Books
By Robert McKee

Although characters seem to live in fictional worlds the way people exist in reality, a story’s cast is as artificial as a ballet troupe—a society choreographed to meet an author’s purpose. And what is that purpose? Why do writers do this? Why create human facsimiles? Why not spend our days with friends and family, content in their company?

Because reality is never enough. The mind wants meaning, but reality offers no clear beginnings, middles, or ends. Stories do. The mind wants unfettered insight into itself and the secret selves of others, but people wear masks, inside and out. Characters do not. They enter barefaced and exit translucent.

As you create your characters, you naturally gather pieces of humanity (your sense of self, your sense of people like you yet not like you, personalities around you that are sometimes strange, sometimes trite, attractive one day, repulsive the next) to create fictional creatures. Yet you know full well that the characters you compose are not their real- life inspirations. Although the people in a writer’s life may spark ideas, like a mother who loves her children in ways she never loves her husband, an author knows she loves the characters that grew in her storied garden in ways she never loves their seeds.

And what do characters need from their creator? Here’s a short list of ten faculties that equip the writer.

Learning to discriminate between bad and good in other people’s writing is not difficult, but to see it in your own calls for guts and judgment powered by an intrinsic disgust with banality and an eye for the vital versus the lifeless. An artist, therefore, needs a keen sense of distaste.

Bad writing festers with flaws more grievous than clichéd roles and on- the-nose dialogue. Hackwork suffers from the moral failings of sentimentality, narcissism, cruelty, self-indulgence, and, above all, lies that originated in the writer. Tough-mindedness not only inspires truthful writing but a truthful life as well. The more you spot these faults in your own pages and trash them with the repugnance they deserve, the more you avoid them in life.

When an event adds a character, suddenly nature’s indifference fills with life.

Sharp-eyed fictions express the gap between the fantasies that distract us and the realities they obscure, between illusion and fact. Such works render insights into life as if illuminated from a distant, unseen wisdom.

So, the more you read superior writers and watch excellent films, screen series, and theatre, the more you widen and deepen your taste.

To pen a superior work of fiction, an author must acquire a godlike knowledge of her story’s setting, history, and cast. Character creation, therefore, demands a writer’s constant observations of herself and the humanity around her—all she knows of life. When she senses a lost past, she can access her most vivid memories. To fill in the blanks between, she can research the life sciences of psychology, sociology, anthropology, and politics. When those don’t teach enough, she can buy a ticket to travel, discover, and explore the unknown firsthand.

Creative originality calls for insight. An observation may inspire an author, but to enrich what’s on the surface, she adds her unique way of seeing what’s not there, what’s beneath, a hidden truth no one else has spotted before.

More often than not, what’s mistaken for originality is simply the recycling of a forgotten influence. The notion “This has never been done before” is rarely true. Rather, it’s a symptom of the writer’s ignorance of everything other writers have done before she decided to try it herself. Too often the urge to do something different results in a difference that’s not only trivial but worsens the telling. Most stabs at innovation fail because they have in fact been tried before and found hackneyed.

Originality and adaptation are not contradictory, although awards for original versus adapted work perpetuate this myth. With the exception of The Tempest, all of Shakespeare’s plays adapt a found story into a new play.

Genuine innovation is a what, not a how—a new thing, not a new way of doing an old thing. In any medium or genre, a story must generate expectation, escalate stakes, and create surprising outcomes. That’s given. Modernism and postmodernism were powerfully original because they exposed previously unseen subject matter, inverted accepted wisdoms, and refocused the way we looked at life. Those days are gone. Despite the stylistic excesses of transformational special effects in film, fragmentation in literature, and audience participation in theatre, recent decades have seen no revolutions. Techniques that savage art forms lost whatever teeth they had long ago. Today, the avant-garde spirit rips into content, not form, using story to expose the lies the world has learned to live with.

Storytelling combines a tightrope walker’s daring with a magician’s gift for deft concealment and surprising revelation. An author, therefore, is first and foremost an entertainer. She gives her reader/audience the dual excitement of the true and the new: first, face-to-face encounters with dangerous truths; and second, never-seen-before characters who confront them.

5.
Awareness of the Reader/Audience

Fiction and reality cause experiences that differ in quality but not in kind. A reader’s/audience’s response to a character calls on the same attributes of intelligence, logic, and emotional sensibility that people employ in their daily lives. The chief difference is that an aesthetic experience has no purpose beyond itself. Fiction calls for long-term, uninterrupted concentration that ends with meaningful, emotional satisfaction. Therefore, the writer must craft all characters with an eye to their moment-by-moment impact on the reader/audience.

To want to create a work of art, you have to have seen one. Your original source of inspiration is not the lives of others, not your life, but the art form itself. A story is a metaphor for life, a massive symbol that expresses maximum meaning from minimal material. Your first experience of story form moved you to fill it with character content—the humanity you find in yourself and others, the dynamic values you sense in society and culture.

The problem is this: Form is the conduit for content, but ultimately they interlock. As we will see in the next chapter, story is character, and character is story. So before you can master either, you must unlock them. Characters can be taken out of a story and examined psychologically and culturally and given a stand-alone meaning. Walter White, for example, symbolizes corrupt entrepreneurship. But once back inside their story, their meaning may change greatly. So to begin writing, it seems to me, story holds the key.

Knowledge of your art form’s history is a basic necessity; an eye that spots a cliché when you see one and, more important, when you write one is an artistic imperative.

For example, the idea that beautiful, young jet-setters enjoying unlimited cocaine and sex are in fact depressed and miserable is not a revelation. Thousands of plays, films, novels, and lyrics have sung that tune. The emptiness of indulgence has been a cliché in both high art and pop culture ever since F. Scott Fitzgerald’s Daisy and Gatsby.

If the rich are your subject matter, investigate the multitude of characters created not only by Fitzgerald but Evelyn Waugh, Noel Coward, Woody Allen, Whit Stillman, and Tina Fey, and all the films, plays, or television dramedies that featured songs by Cole Porter sung by Frank Sinatra, up to and including the HBO series Succession.

By moral, I mean more than good/evil or right/wrong. I mean all the positive/negative binaries of human experience, from life/death to love/hate to justice/injustice to rich/poor to hope/despair to excitement/boredom and beyond, that sculpt us and our society.

By imagination, I mean more than daydreaming. I mean an author’s full knowledge of time, place, and character powered by her creative vision. When a writer imagines the peoplescape of her story’s world, her vision of values must guide her sense of what is vital, what is trivial.

A writer’s values shape her unique vision of life, of the global landscape of positive versus negative charges that surround her. What is worth living for? What is worth dying for? Her answers express her moral imagination, her ability to mine the binaries of human experience to envision deeper, more nuanced characters.

My concern is not with Sunday school morality but the value-sensitive imaginations of writers who create and hone characters. You will find yours in the core of being that shapes your humanity. What drives you will in turn drive the creatures you create.

When not writing, an author can be what writers so often are: a flawed, troubled soul that others find annoying and difficult. But when an author sits down to write, a transformation takes place. As she puts her fingers on the keyboard, she becomes her most intelligent, most sensitive. Her talent, concentration, and above all honesty are at their maximum pitch. This best possible self authors her truest insights into character.

Here’s how a trio of renowned writers reacted to Sophocles’s dictum “Know thyself”: “ ‘Know thyself ?’ If I knew myself, I’d run away,” Johann Wolfgang von Goethe. “A caterpillar who wanted to know itself would never become a butterfly,” Andre Gide. “Everything I know about human nature I learned from me,” Anton Chekhov. All three, I’m sure, knew themselves in depth, but Chekhov was the least cynical and the most clear-eyed. He knew that we spend our lives essentially alone.

Despite our relationships with the people we love or hate, despite our observations and researches into society, the solitary truth is that we never know anyone the way we know ourselves. Until science invents a technology that lets us live in the consciousness of another human being, we will always spend our days at a distance, reading the signs in other people’s faces, sitting behind our eyes in the company of one, essentially alone.

Yet irony smiles on us, for despite the clear differences between people—disparities of age, gender, genes, culture—we are far more alike than different. We all live through the same essential experiences: the joy of love, the dread of death. So you can be certain that whatever thoughts and feelings run through your mind, they run through the minds of everybody else coming down the street toward you, each in their own time, their own way. 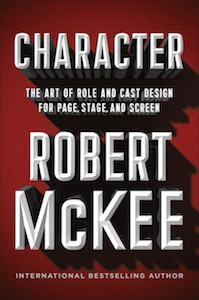 Excerpted from CHARACTER: The Art of Role and Cast Design for Page, Stage, and Screen, ©2021 Robert McKee and reprinted by permission from Twelve Books/Hachette Book Group.

Robert McKee, a Fulbright Scholar, is the world's most sought-after author and lecturer in the art of story. His writing seminars have earned him an international reputation. The cornerstones of his teaching are Story and Dialogue. Translated into 23 languages, these singular works have defined how we talk about the art of storytelling. Over the last 35 years, he has mentored screenwriters, novelists, playwrights, poets, documentary makers, producers, and directors. The list of McKee alumni includes the winners of over 70 Academy Awards, 250 Emmy Awards, and 100 Writers Guild of America Awards, as well as recipients of the Pulitzer, Booker, Olivier, and other major prose and playwriting prizes. 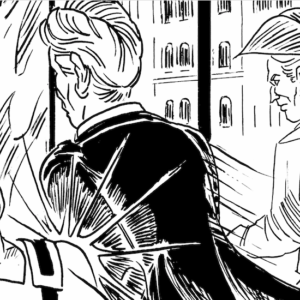