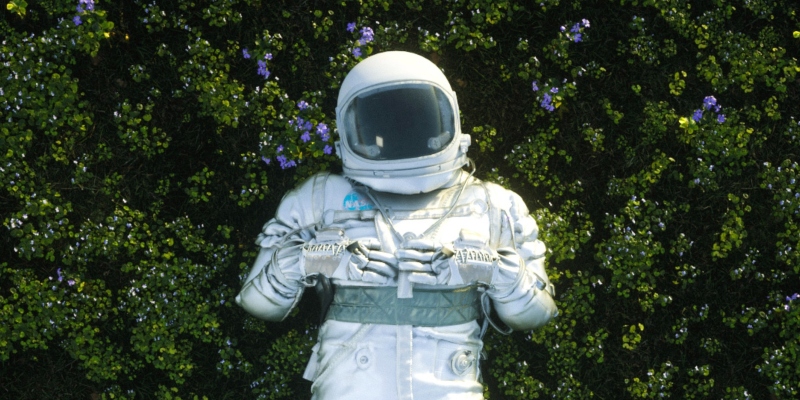 Literature is full of families torn apart by tragedy—death, war, crime. But what if the members of a family can’t agree on the cause of the tragedy that divides them?

In Mike Chen’s new novel, Light Years from Home, sisters Kass and Evie agree that their brother Jacob vanished 15 years ago. But did he run away to party to his heart’s content, as Kass believes, or was he abducted by aliens, as Evie thinks? Their starkly different interpretations of the facts exacerbate the pain and tragedy of their brother’s disappearance, pushing the family to the point of breaking.

“One of the things that I really wanted to show was how a single moment can change the trajectory of people’s lives,” Chen says. Jacob’s disappearance “fundamentally changes the direction of this family. Kass has this attitude of ‘if no one else is going to fix it, I am going to fix it.’ And Eve has the same attitude, except she thinks about it as, ‘I’m going to fix it by going with my dad on these UFO hunts.’ And their mom wants to just move forward because that’s the only way that she knows how to do it. They’ve all gone in a completely different angle because this disaster has happened to them and none of them know the truth.”

Rob Wolf: All families confronting a tragedy have their challenges, and it seems to me one thing you’re conveying is that the Shao family has trouble talking about their feelings. There’s a lot bottled up.

Mike Chen: There’s that. But it’s also because they can’t agree on what happened. I think that creates the biggest rift there. One of the biggest inspirations for this book was the Netflix series The Haunting of Hill House. When I watched that, I thought, “I wish I wrote that.” The series is a really profound and beautiful character examination of what happens when a family fractures.  So I combined that with a short story I had been needling around with that never went anywhere.

RW: We get into Jacob’s head pretty early in the book. Even though Kass and Evie disagree about what happened, the reader gets to learn, assuming Jacob is a reliable narrator, his version. So what’s his version?

MC: It was really important to round the story in Jacob’s point of view and then show Evie’s and Kass’s points of view, deconstructing it. Each has a very plausible explanation of what they’re interpreting. The story opens with Jacob’s experience of being on a spaceship in the middle of this intergalactic war, and he’s escaping with vital intel on how he can win the war.

That’s the only space opera scene. I joke that the book is 90 percent family drama, 10 percent space opera. But the space opera is what drives all of the family drama. From what I can glean from the people who did not like the book, it’s because they wanted more space opera, and that’s more power to you. I did not write that. I did not intend to write that. The space opera is put at the front because I felt otherwise it would feel very abstract: you would have the two sisters talking about, “I think it’s this.” “No, I think it’s this.” I thought it was very important that we experience things through Jacob’s eyes. And then, as you see the sisters interpreting it, you start to decide who has the unreliable perspective here.

RW: You’ve created a niche for yourself. You write a lot about families being pulled apart by some science fictional element, whether it’s time travel, which was in your debut novel Here and Now and Then or, in this case, there’s an interstellar war.

MC: I really like to examine relationships, all facets of interpersonal relationships, and I love science fiction. The home office that I am in right now is just littered with science fiction merchandise. So it’s a huge part of me, and I’ve always liked examining the characters in these fantastical situations, because I think it’s so extreme and so different that a lot of stories just skip over that extreme element of it. It’s war or space travel or time travel or things that would really mess with your head, and there’s so much room to play with on a character level, because it would cause so many feelings to surface.

RW: And your characters are usually either drawn to home or maybe they’re trying to get away from home.

MC: Yeah, my parents have never brought that up to me when they read my books. I don’t think they’ve ever picked up on my interpretations that found family is typically better than blood. You can probably tell a lot about my upbringing and my worldview by the fact that I keep going back to that.

Mike Chen, a three-time guest on the podcast, is the author of Here and Now and Then, A Beginning at the End, We Could be Heroes, and Star Wars: Brotherhood. 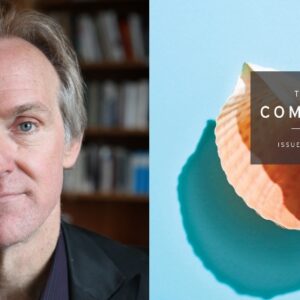 Tom Sleigh speaks to The Common’s managing editor Emily Everett about his poems “Last Cigarette” and “Apology to My Daughter,”...
© LitHub
Back to top