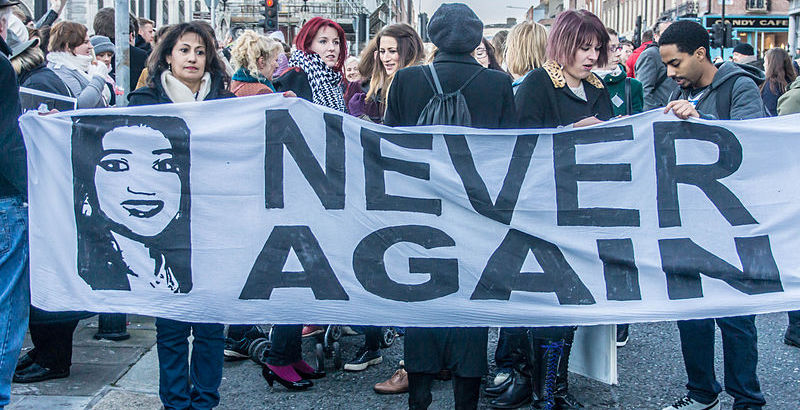 In the fifteen years between 1936 and 1951, my grandmother, Ellen, gave birth to eleven children. Maybe there were other pregnancies or babies. It’s quite possible she had early miscarriages that were never spoken of—either way, there can’t have been many days in those fifteen years when she wasn’t either pregnant or nursing. There’s little doubt that carrying, birthing and mothering that many children would take its toll both mentally and physically on any woman.

I imagine Ellen on the evening she went into labor for the last time, kneading her lower back with her knuckles and pacing the linoleum floor in the scullery as her contractions took hold. She must have packed a battered cardboard suitcase with the few things she would need to take to The Coombe Hospital in Dublin, ready for the new baby. Freshly laundered terry toweling nappies, a tiny crocheted hat and bootees, perhaps. She would have sent one of the older children across the road to fetch her sister from an identical two-up-two-down Dublin Corporation house to come and mind the little ones while she was gone. I picture her tucking her youngest three or four in for the night. Stroking a cheek, pushing a blonde fringe out of sleepy blue eyes, telling them she’d be back by morning.

My granddad, William, would have kissed her on the doorstep on his way out to his overnight shift at the O’Rourke’s bakery. I can’t imagine how she got to the hospital or who took her. No family on the housing estate could afford a car. Surely, she wouldn’t have taken the bus? But I’m guessing, trying to piece together scraps of details about that evening—filling in the blanks of Ellen’s last hours. The only thing I know for sure is that she didn’t make it home.

She died on September second, following the birth of a healthy baby boy—her eighth son. Ellen’s death certificate records the cause of death as a pulmonary embolism, toxemia of pregnancy and hemorrhaging. Little else is known about the circumstances surrounding her death. That’s how things were in those days for the poor working class. They knew their place and wouldn’t dare question people in authority, like doctors, who were akin to God to them. People like my grandparents were expected to keep their heads down and just get on with things.

My grandmother’s death would have been as unremarkable as the size of her family. In 1935, the year before she married, the use of contraception in Ireland became a criminal offense.

My grandmother’s death would have been as unremarkable as the size of her family. In 1935, the year before she married, the use of contraception in Ireland became a criminal offense. This ban would remain in place until 1980, when contraception was legalized with tight restrictions. Without access to reproductive healthcare, poor Irish women were forced to bear more children than they could afford to feed. They had no choice. The Church and State colluded in the creation of a patriarchal society, where, as the author Margaret Atwood reflects, women were enslaved by a regime of enforced childbirth.

The unlucky ones, like my grandmother, paid with their lives. Her death and the deaths of women like her were nothing out of the ordinary. Their plight was not scandalous but merely the reality of everyday life for Irish women. They lived in a world where women had no power, no voice and no jurisdiction over their bodies. Single mothers were reviled and institutionalized. Their babies often died in the first year of life or were taken from them and adopted out. Books depicting their sexuality by the likes of Edna O’Brien were banned and burned, and even tampons were outlawed for a time.

Despite the fact that contraception and divorce were illegal, the size of Irish families started to shrink in the 60s. In the early 70s, women publicly protested their right to reproductive healthcare by taking the train over the border from Dublin to Belfast to buy condoms. In 1971, a 27-year-old mother of four, Mary McGee, who suffered cerebral blood clots, a stroke and temporary paralysis during her pregnancies, was advised by her doctor that another pregnancy would put her life in danger. The doctor prescribed a diaphragm and spermicidal jelly. However, under Section 17 of the Criminal Law Amendment Act, 1935, it was illegal to acquire contraception, and Mrs. McGee’s order of spermicidal jelly was impounded by the Irish Customs service. With the help of the Family Planning Association, McGee successfully appealed this decision in the Supreme Court in 1973.

It would be another eight years before contraceptives became available on prescription. By that time, I was a teenager growing up in 80s Dublin, and even this limited availability of contraceptives felt like progress. But in 1983, women’s right to reproductive healthcare suffered a setback when the Eighth Amendment to the Constitution of Ireland, recognizing the equal right to life of the pregnant woman and the unborn, was approved and signed into law. Abortion was already a criminal offense; however, this amendment ensured that the only circumstances where an abortion could take place in Ireland were if the life of the mother was at risk. Throughout the 80s, providing information about obtaining an abortion outside the state was also illegal, even though thousands of women had secretly been traveling to the United Kingdom each year for abortions since 1967.

In 1992 a suicidal, fourteen-year-old rape victim named “X” was refused the right to travel outside of Ireland for a termination. The decision was later overturned in the courts on the grounds that there was a real and substantial risk to her life. The young woman suffered a miscarriage before the procedure could take place. Like the hundreds of thousands of anonymous women who died in childbirth and those who disappeared into Magdalene laundries or took the boat to England, leaving Ireland to give birth or have terminations, rather than die of shame in their communities, “X” was, by necessity, a faceless statistic.

We don’t have good data about the numbers of single, pregnant Irish women who were forced to leave their communities or their country for fear that their pregnancy would be discovered. The shame and secrecy surrounding the system that enslaved these young women, in mother and baby homes where they were forced to do hard labor scrubbing other people’s dirty laundry for fear that their own secrets would be aired in public. Their babies were labeled “illegitimate” before they were taken from them and either given away or sold.

Anecdotally, I know that every Irish family has a story about a sister or daughter, a niece or a cousin, who quietly disappeared. Four of my aunts fled Ireland for England in the fifties, never to return when they discovered they were pregnant. One concealed her pregnancy until she woke up screaming in the throes of labor in the middle of the night, unable to do so any longer. It’s said that the data doesn’t lie, but it also holds true that data alone doesn’t tell the whole story and isn’t as persuasive as we might think.

Such stories are our guideposts, our guardrails and our touchstones for rewriting the future.

In 2018, twenty-six years after “X’s” case was brought before the courts, the people of Ireland voted by a landslide to repeal the Eighth Amendment to the constitution and its near-total ban on abortion. What brought about this turnaround in a country where such a shift would have been impossible in the not-too-distant past? Many believe the catalyst for this change was the tragic death of thirty-one-year-old Indian dentist Savita Halappanavar in a Galway hospital in 2012. Halappanavar was admitted suffering a miscarriage at seventeen weeks pregnant. She was refused a termination when the fetus failed to expel even after her waters broke, and died from sepsis a week after her admission to the hospital. Two weeks later, the story of her death became public, giving rise to a wave of protests across the country and the groundswell of support for a change in the law.

On Sunday, 27th May 2018, The Guardian Newspaper reported that Ireland’s vote to repeal the Eighth Amendment was “an extraordinary victory for women’s rights that seals the country’s transformation from bastion of religious conservatism to one of Europe’s most tolerant democracies.”

We could also view this turnaround as evidence of the power of one woman’s story to hold the past up to the light, to open our eyes and our hearts and call us to action. Such stories are our guideposts, our guardrails and our touchstones for rewriting the future. Many of the young people who campaigned and voted for a change in the legislation in Ireland have thankfully not lived through those years when women’s reproductive rights took one step forward and two steps back. They could be forgiven for thinking that progress is always linear. If only that were true.

Decades on from the writing of Irish laws that caused the death and enslavement of women, the deaths and abduction of their babies, and the decimation of their families and communities, we are seeing similar laws being rewritten in America—the land of the free and a country that was once a sanctuary for Irish women fleeing shame and judgment in their country. And it’s slowly dawning on us that history can repeat itself if we let it. It’s down to us to tell the stories that help us to move forward, not back. 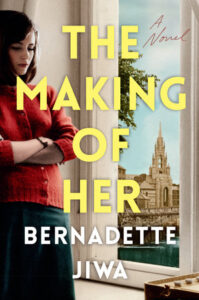 Bernadette Jiwa’s The Making of Her is available now via Dutton.

Bernadette Jiwa was born into a house with no books and a home full of stories, in Dublin, Ireland. She migrated to the UK in the 1980s, raised three sons with her husband, and now lives in Melbourne, Australia. She is the creator and leader of The Story Skills Workshop—a program that has taught thousands of people to harness the power of their everyday stories. 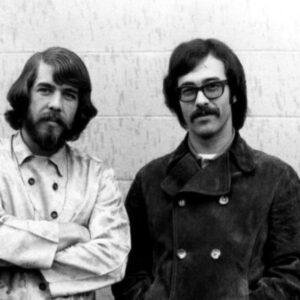 Pete Hamill’s “The Revolt of the White Lower Middle Class” was published in New York magazine, the April 14 issue....
© LitHub
Back to top
Loading Comments...