Ted Chiang on Arrival, the Boredom of Moviemaking, and The Princess Bride

Ted Chiang’s name has elevated heart-rates among sci fi fans since 1990, when Omni ran his breakout story, “Tower of Babylon,” which won that year’s coveted Nebula award and introduced the writer to an eager and embracing readership. He went on to earn the genre’s Rookie of the Year nod—the John W. Campbell Award for Best New Writer, named after a man Isaac Asimov once called “the most powerful force in science fiction ever.” In the years since, Chiang’s nabbed many other notable honors, including another Nebula in 1998 for his novelette, “Story of Your Life.”

Today, Chiang is more famous than ever, thanks in no small part to the production company behind Stranger Things, 21 Laps, and Lights Out screenwriter Eric Heisserer, who spent nearly five years adapting “Story of Your Life” into a screenplay, from which acclaimed Sicario director Denis Villeneuve created Arrival, an exquisite and surreal film starring Amy Adams and Jeremey Renner. It premiered three days after the election.

The film, like Chiang’s original story, explores linguistic relativity—the Sapir-Whorf hypothesis that a language fundamentally affects its speakers’ worldview and cognition. After twelve UFOs arrive on Earth, US Army Colonel Weber (Forest Whitaker) choppers a team of scientists up to Montana, where they hit the ground running at a military command post at the foot of a towering, coffee-bean-shaped spaceship. Their objective: figure out how to communicate with the craft’s alien “heptapods” . . . while wearing bulky orange HAZ-MAT suits . . . on a time crunch . . . in order avoid global End Times.

Adams plays a linguist named Louisa Banks, paired off to work with Renner’s theoretical physicist, Ian Donnelly. While the two get to work on-site, outside and inside the mysterious and monolithic black spacecraft, eleven other countries around the world are undertaking similar operations with their own respective experts talking in their own languages to their own heptapod visitors.

Much of the plot follows Banks and Donnelly through a series of “sessions”—basically intergalactic therapy appointments—with the aliens, which look like giant squid behind frosty museum glass, and express themselves like squid might, too, with airborne sprays of wispy black ink-like stuff, spelling out circular patterns in whatever atmosphere suspends them. It’s utterly beautiful to watch, tender and emotionally jarring. I cried. And, whether or not Chiang or Heisserer or Villeneuve intended the film to feel allegorical, it’s obviously prescient—who can’t imagine the future teetering like a feather on our resolve (or not) to work peacefully with the rest of the world (or galaxy) in the face of likely catastrophe?

To that end: Arrival’s most memorable moments were not the depictions of colossal, oceanic aliens, nor China’s unilateralism, nor America’s reactions, nor even the lurking potential of mutual assured nuclear annihilation—rather, it was truly scary to watch the practiced, routine, minute-by-minute methods by which our human leaders and militaries might very likely respond to any number of similarly ambiguous and unique 21st-century scenarios. It’s not hard to imagine a room full of dudes in brass and camo, all barking at a single female scientist about what she should or should not do. (It was somehow not a surprise to see Banks and Donnelly have a harder time communicating with Colonel Weber and his staff than they did with the extra-terrestrial squid.) And, looking forward, it’s very likely that our world’s highest level decisions—closed-door and situation-room play calls and audibles that will almost definitely determine the future of our planet—will increasingly be made by power-hungry, ego-maniac, arguably unqualified individuals. Nearly all of whom, at least for the time being, appear to be vane, war-mongering, deeply fearful men, who lack empathy and intuition and who are definitely not scientists—nor even scientifically inclined or motivated.

All of which is why Arrival is important, now more than ever.

Chiang and I exchanged some emails about the film. I asked him a few questions about his own experience watching it, but he preferred to share a little bit about how and why his story made it to the big screen in the first place.

Peter Nowogrodzki: Did you ever think you’d see one of your stories made into a movie?

Ted Chiang: I never imagined when I was writing them that any of my stories would get made into a movie. Like a lot of authors, I disagree with the idea that having a movie made out of your work is the ultimate goal, because it implies that the written version is just a warm-up to the work’s most glorious incarnation. Also, my stories are very internal, with most of the action taking place in a person’s head, so they’re far from obvious candidates for filming. I think this made it somewhat easier for me to deal with the prospect of a movie adaptation; if I had always been picturing a movie in my head, it probably would have been harder for me to cope with the actual movie’s inevitable departures from that. Which is not to say that I was completely detached; of course I wanted the end result to be good, but I didn’t need for it to conform to a specific vision I had.

PN: How involved were you in the screenplay’s adaptation?

TC: I read a couple of drafts of the screenplay and offered some feedback, and the screenwriter Eric Heisserer and I were in email contact. But I wasn’t actively involved in the adaptation process, which I was fine with. I’m not a screenwriter, and the development process sounds exhausting. Eric has said that he wrote nearly a hundred drafts over the course of five years. Not all of those were major rewrites, but even so, that’s a lot of revision. I’m glad he was willing to do that, because I certainly wouldn’t have been.

PN: Were you at all involved at all in the film’s production?

TC: As for the film’s production, I got to visit the set for a couple days last summer when they were shooting in Montreal. They had constructed sets of the tunnel into the alien craft on the grounds of an abandoned factory, and when I was there they were shooting the team’s initial ascent. Mostly what I was struck by was how slow the movie-making process is. They do a 30-second take, and then spend an hour repositioning the lights and the cameras; then they shoot the same bit from a different angle, and then you wait another hour. The entire first day that I was there, I don’t think I heard a single line of dialogue spoken. The second day, I heard a few lines repeated over and over again, but I never got any feel for what the scene would look like on the screen. There was also a certain air of secrecy on the set; I wasn’t allowed to see any drawings of the ship exteriors or of the aliens themselves. But I didn’t mind; it was obvious that everyone was enthusiastic about the project, and that was great to see.

PN: What’s one of your favorite story-to-film adaptations?

TC: I don’t know if it’s fair to count The Princess Bride, because William Goldman wrote both the novel and the screenplay, but that’s definitely an example of a great movie that captures the essence of the original story. 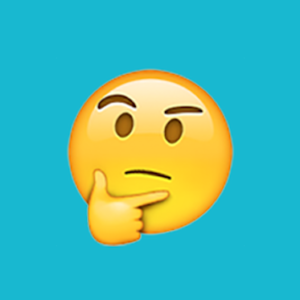 Just before Thanksgiving, The New York Times Book Review published its list of the 100 Notable Books of 2016. This happens...
© LitHub
Back to top