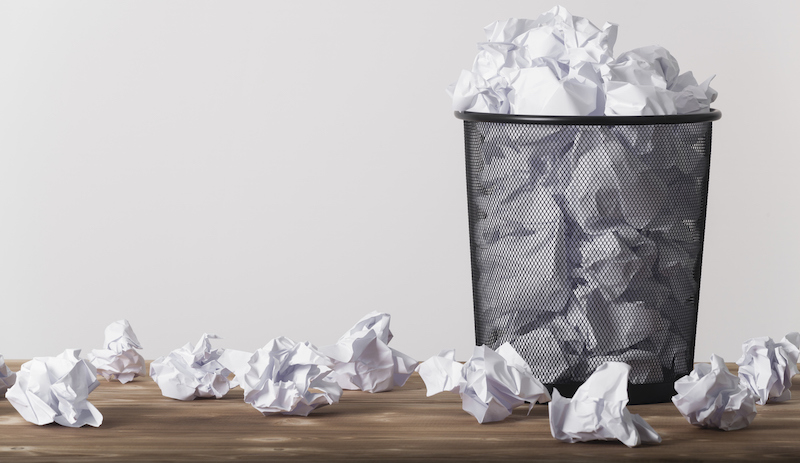 When high school creative writing students read published work—even contemporary writing—the mere fact of publication creates distance between student and text. This is not to say that students aren’t often emotionally moved or intellectually stirred by published narratives. But there is great worth for creative writing students to see works-in-progress; to understand that a draft is less an insurmountable task and more of an opportunity. When students discover that most of a poem or story’s life exists in draft form, they can shift their perspective toward literature. Such a shift can cultivate confidence—no small feat with young writers.

In my most successful writing workshops, I am able to get out of the way, and my students become the leaders. Yet at my small public school, students are spread thin across electives. I teach a creative nonfiction course each spring, but my fiction and poetry course doesn’t run every year. The patchwork scheduling that has become inevitable during the pandemic has fractured high school schedules even further—and often creative writing, misunderstood as a “light” pursuit, is dropped in favor of other courses. It feels like a lost opportunity: there are so many young writers among us who just need a little guidance, or simply someone to give them the confidence needed to pursue this ancient, complicated art. This is not the time for students to lose the opportunity to find their voices.

Polyphony Lit—a unique writing program for high school students—offers editorial training and experience from afar. The program originated as Polyphony HS, a literary magazine founded in 2004 by Billy Lombardo, a former longtime teacher at The Latin School of Chicago, and a student, Paige Holtzman. The original idea was to accept submissions from Chicago-area schools, but they decided to open submissions nationally.

When I introduce literary magazines to my own students, I warn them that personal feedback is rare—the typical response is a terse, and final, no. Yet Polyphony has always been a little different than other magazines—and that difference is notable. Although they accept less than five percent of all submissions, they provide thorough and useful feedback to all submitters—whether accepted or rejected. I’ve seen the feedback from pieces submitted to their most recent issue, and it would make any teacher proud: line-specific responses that wed an editorial eye with a reader’s sense. What I love about Polyphony is that students see that writers and editors work together—students learn that to be edited is, in many ways, a gift.

I spoke with Katie Scullion, who became Executive Director of Polyphony Lit in 2018. (Polyphony Lit is now an independent 501c3 nonprofit, and encompasses the literary magazine and the editorial workshop program; it is no longer formally tied to the Latin School, although some Latin teachers and Latin students continue to be involved in the organization.) She tells me that their online “How to Be a Literary Editor” workshop saw a big increase in engagement since mid-March, when most districts across America shuttered in-person teaching.

“We are eager to do our part to shrink the education gap,” she tells me, “and this expanded platform lets us reach students across the socio-economic spectrum. A key part of our new platform is that the online workshop gives editors a foundational training. Previously, since editing literary submissions requires rather advanced skills, those who joined came from well-resourced communities.” So far Polyphony Lit has been able to meet the financial needs of all applicants. Once students complete the editorial workshop, they are able to become part of the literary magazine’s editorial staff.

The training is essential. Young writers have an especially tenuous relationship with their art, and constructive criticism can go a long way toward keeping them interested in writing. Lara Katz, a former Polyphony editor who now attends Princeton University, tells me that she credits the program with revealing the “value and even possibility of editing my own writing.” She previously thought writing was “brilliant or trash-bound, never in between.”

“Editing for Polyphony forced me to slow down. I began to realize that previously, my eyes would skim but never engage with the words on a page; I read for the thrill, not for thought. I considered reading not an exchange but a bestowal of pleasure from the author to me.” The pleasure remains, of course, but Katz learned that “editing is not only reading but also responding, and that was a skill I took much longer to develop.”

“There’s something magical about young writers,” Katz says. “Firstly, we are in a constant state of development. Secondly, we are highly emotional. I’m recalling a bit of Richard Wilbur’s ‘The Writer,’ one of my all-time favorite poems. To his daughter, a budding author, he writes: ‘It is always a matter, my darling, / Of life or death, as I had forgotten.’ The vast majority of Polyphony submissions are cathartic but deeply underdeveloped pieces of poetry.” Her job as an editor is to articulate what works—and what doesn’t. She learned that “regardless of whether or not I felt a submission was ready for publication, I recognized the need to communicate to the author on the other side of the screen that their words were not going unheard.”

Polyphony teaches kids that there is an audience beyond their teacher, classroom, and school. It also introduces them to the integral role that editors play in publication, and that most of what we write is not good enough to publish. The magazine’s current reading period runs to April 30, 2021. (Submissions before March 31 are guaranteed feedback). Submissions of poetry, fiction, and creative nonfiction are accepted. There is no fee to submit. The online editorial program is on-demand, and year-round.

High school students will soon learn that editors of other literary magazines won’t offer feedback on rejected pieces, and that’s fine. The classroom is supposed to be a stay against the confusion of the real world, and Polyphony Lit is a useful extension of the classroom—at a time when kids need all the good resources and support they can get. 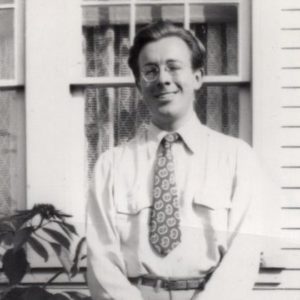 When I was a child, I thought Ray Bradbury lived in my grandmother’s basement. The misunderstanding was born over the opening...
© LitHub
Back to top