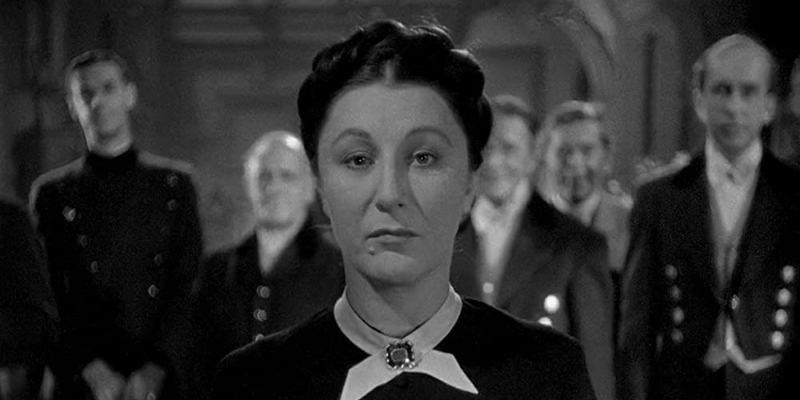 In this episode, Mychal talks to Téa Obreht about the 1940 film Rebecca, directed by Alfred Hitchcock and starring Laurence Olivier, Joan Fontaine, and George Sanders.

Téa: I think Mrs. Danvers is kind of the lesbian feminist hero of the film, you know? She’s indisputably framed as the villain of the piece. Hitchcock shoots her as this menacing shadow; she’s a ghoul on the wall, and Judith Anderson plays her brilliantly with that completely wild and discomfiting stare. But when she talks about Rebecca, she expresses admiration for what? For her late mistresses’ brains, her fearlessness, her independence, her irreverence. She knows all about Rebecca’s sexual indiscretions (including the cousin-fucking). She isn’t put off by any of them. She admires them. And she says love was a game to Rebecca and that she would laugh at everybody and she would tell Danvers everything. And she uses Danvers’ name as her secret name when she goes to the doctor. And Danvers is the guardian of Rebecca’s shrine and mausoleum, which she’s ensured that all of Manderley has become. And she believes that nobody, man or woman, ever got the better of Rebecca, and that in the end it was the sea.

Mychal: She is holding the place of the older woman here that we’ve lost with Rebecca in terms of her physical presence and checking this younger woman and saying, look, you don’t belong here. And yes, if you’re looking from one perspective, you’re like, why would you cast out this poor young woman who’s just trying to love this man and now has the access to all of this life and what have you. But it’s as if Mrs. Danvers knows that there’s something afoot with Maxim and his relationship to Rebecca, and she can’t say it because of her own class position. She clearly is very in love with Rebecca de Winter. There’s a tenderness and affection for her that I think is probably the one true love in all of this film. Except maybe the cousin’s love for Rebecca, who knows.

Téa Obreht was born in Belgrade, in the former Yugoslavia, and grew up in Cyprus and Egypt before eventually immigrating to the United States. Her debut novel, The Tiger’s Wife, won the 2011 Orange Prize for Fiction, and was a 2011 National Book Award finalist and an international bestseller. Her work has been anthologized in The Best American Short Stories and The Best American Non-Required Reading, and has appeared in The New Yorker, Harper’s, The Atlantic, Vogue, Esquire and Zoetrope: All-Story, among many others. She was the recipient of the Rona Jaffe fellowship from the Dorothy and Lewis B. Cullman Center for Scholars and Writers at the New York Public Library, and a 2016 fellowship from the National Endowment for the Arts. She was a National Book Foundation 5 Under 35 honoree, and was named by The New Yorker as one of the twenty best American fiction writers under forty. She splits time between Wyoming and Texas, and currently serves as the Endowed Chair of Creative Writing at Texas State University in San Marcos. 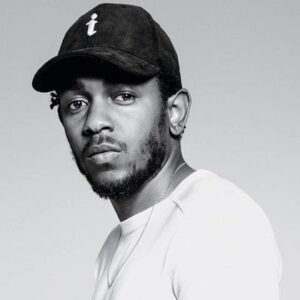 Kendrick Lamar is in chains, shackled and shuffling. A four-man chain gang shuffles directly behind him, dressed in drab...
© LitHub
Back to top