Te-Ping Chen: The Lived of Experience of China is More Brave New World Than 1984

Mitzi Rapkin: The first story in your collection is called “Lulu.” It’s told from the point of view of a brother of two twins in China. And Lulu, the sister, was very smart. She had more of the hope of the family. The siblings were born at a time when Chinese families were allowed one child, but then they had twins. So, they had this hope in Lulu, and then the brother, who was not ambitious or favored, actually ended up with a good job and being successful. He loved video games and Lulu made fun of him, but in China you can compete in video games and travel, and he actually did make it in that realm of video game competition, and he got married.

And at the same time, Lulu was so smart and held all the hope and went away to the city for university, but she ended up being more of a dissenter. She had blogs where she would speak out about the government; she got arrested several times. She was smart enough to know that your option of keeping quiet is probably much better for your life, and everyone told her that. She was so smart, but she just couldn’t keep quiet. So, you opened the book with this idea of how much people need to dissent in a political situation like China has, and the risks that are involved.

Te-Ping Chen: That story was born from so much, but one of the things I had very much in mind when writing this was that in my experience reporting in China, you would meet these people, whether they were petitioners, protesters, or human rights lawyers, who were putting themselves in such harm’s way. I mean, just making these incredibly extreme personal sacrifices with full knowledge of the consequences that they were having to bear—and not just them, but also their families—and the incredible heroism of those sorts of acts.

But also, what fascinated me was the perspective of family members and how it would feel to see someone you love just driving themselves off a cliff like that, and the heartbreak mingled with that sense of admiration, and also frustration. The brother feels this enormous sense of frustration with the sister; he wondered why she was being stupid like that. She had been so smart in so many ways and yet seems fundamentally ill-equipped, lacks this evolutionary instinct in Chinese society to just keep your head down.

And so that story for me is so much about the characters like Lulu, the sister, who does speak out, but also I was just so captured by the experience of the ordinary bystanders in society or family members who see these sorts of tremendous acts and are impacted by them, and feel such a mixture of emotions, like the same way the brother does, and I think probably the same way the reader does, to some extent seeing someone like Lulu who has this incredible heroism.

And yet at the same time, he knows her as a very human person. His sister is someone who he grew up playing with in their apartment. He knows her shortcomings and her very human nature. And as I think other members of the family, too, are deeply aware, they know the limitations of our actions. I mean, she ends up in prison, and it’s unclear ultimately what she’s done and if it had an effect. I think the story is a lot an expression of those sorts of dynamics.

And to me, too, I think it speaks to something broader in Chinese society that I was trying to capture. So often when talking with people here about China, I think people often think of China as sort of a 1984—a really bleak, closed, repressive society. The lived experience is so different, on a sensory sort of textural level; it’s so much closer to Brave New World than 1984. There’s such a plethora of ways that you can be entertained and distracted and look away, and I think the brother is an embodiment of that, right? He ends up becoming very successful in society because he taps into that vein and becomes a professional video gamer, which brings all kinds of success and also for him the chance to travel abroad, which was something that his sister had craved. And then of course, that’s how the story ends, with him leaving and getting to travel abroad while his sister remains behind, serving a sentence for what she’s done.

Te-Ping Chen is a fiction writer and journalist whose debut collection of short stories is called Land of Big Numbers. Her fiction has been published in The New Yorker, Granta and Tin House. She is a Wall Street Journal correspondent in Philadelphia who was previously based in Beijing and Hong Kong. 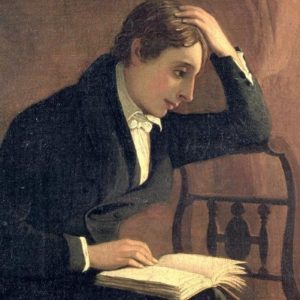