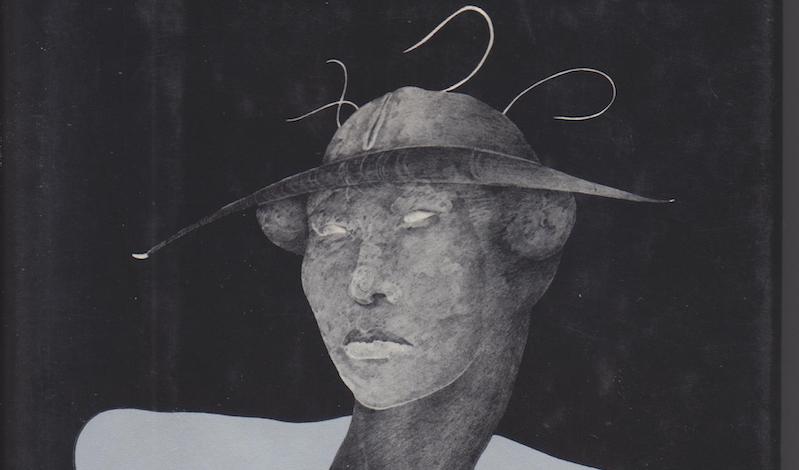 In 1982, when I was a girl of just about twelve, I found myself at the Pink Fox, a buzzing beauty parlor in the center of a not-so-great neighborhood in Atlanta, Georgia. Each vinyl chair was occupied by a black woman ready to pay hard-earned money to have her hair straightened and her spirit made right. Bored and wet-headed, I spied a hardcover book perched on the edge of an end table. Had I not overheard my mother talking about this selfsame novel just a few days ago? From what I had heard, it was definitely not a book for kids.

I darted my eyes around the room, but the women in the Pink Fox were not studying me; they only had eyes for each other, and could not possibly care less if my reading material was age-appropriate. Doing my best to appear nonchalant, I picked up the book, stealthily turning to the first page. I was too young to gather the full import of the work. But when I read that the women of Brewster Place were “hard-edged, soft-centered, brutally demanding, and easily pleased,” I looked around me at the women laughing, cussing, and fretting with their hair, and saw that description reflected in them. They were still mysterious and beguiling, but from that moment forward, a little less opaque.

I often say that you haven’t read a novel until you have read it at Spelman College, a historically black college for women. In 1990, I was a very intense English major. The course: Images of Women in Literature. On the reading list marked “mandatory”: The Women of Brewster Place. (Jane Eyre was merely “recommended”.) Under the enthusiastic yet exacting tutelage of our professor, we engaged with Mattie, Etta Mae, Kiswana, Ciel, Cora Lee, Lorraine, and Theresa. Old enough now to participate in and even initiate grown-folks conversations, we used the novel as an excavation of what it meant to be a black woman in the decades after the civil rights movement, when the promised land was still not yet in sight.

Somebody testified that she knew of a woman just like Cora Lee, bearing baby after baby. Mattie reminded us a little too much of our own mothers, so smitten with boy children. Who didn’t recognize in Etta Mae our rebellious aunties who cried sometimes when they thought nobody was looking? Kiswana was the classmate two rows over. We knew Lorrain and Theresa, the “nice girls” whose relationship was forbidden but hidden behind a flimsy curtain. They, too, sat beside us but did not speak. Ciel, in her way, was everywoman, in her quest to balance life and love and dodging bad luck as she makes her way. The Women of Brewster Place, flaunting the word “women” in its title, is audaciously female, scoffing at the idea that the significant narratives concerning black Americans are chronicles of one man versus the System. Generously, Naylor serves us not one heroine but eight fully realized characters. The sheer bounty reminds us that there is no “single story” of black womanhood, yet the shared experience of Brewster Place itself insists that there is a commonality that loops their wrists like bracelets and sometimes circles their necks like nooses.

The women of Brewster Place have been swindled by their country, their families, and their men. Left holding the bag, they ﬁll it with the deep, complicated love they feel for one another.

Published in 1982—the same year as The Color Purple, another titan of American literature—The Women of Brewster Place engages many of the same themes of female friendships, sexuality, poverty, patriarchy, and violence. (The novels would share the National Book Award the next year, making Alice Walker and Gloria Naylor the first black women to be so honored.) While The Color Purple was set in the rural south in the early 1900s, The Women of Brewster Place was decidedly contemporary. Naylor was preoccupied with her present moment. Understanding that racism and sexism were long-held traditions rather than historical relics, she turned America’s face toward a mirror and dared it to look.

It is hardly puzzling that a classroom of young black women identified closely with a novel that stitches the lives of eight black women into a gorgeous, if much-mended, quilt. We felt the shock of recognition as we read this loving yet critical rendering. There is a glory in feeling oneself at the center of things. But our engagement was not a simple matter of what my students now call “relatability.” We also reacted to the rigor of Naylor’s storytelling and the sharp bite of her insights.

Brewster Place, the housing development at the heart of the story, is not quite a slum, but it is firmly situated on the wrong side of the tracks. In this case, the “tracks” are a literal brick wall and therefore uncrossable. Before Naylor peers into the windows of the “multi-colored ‘Afric’ children” of Brewster Place and tells their stories, she reminds us of the history of the neighborhood. The initial occupants were the “huddled masses” welcomed by the Statue of Liberty. Over the generations, the country kept its promises: these immigrants shed the labels that had kept them separate and blended into the great melting pot of American whiteness. When the story begins, Brewster Place is occupied by black women who have no hopes of social mobility. They have been swindled by their country, their families, and their men. Left holding the bag, they ﬁll it with the deep, complicated love they feel for one another.

Over 30 years have passed since I was an eager undergraduate student, mystified by how words inked on paper can explain and change lives. Since then, I have become an author and professor myself. The Women of Brewster Place is the type of novel that I like to call a “Swiss Army knife,” as it enriches the curriculum for numerous courses. I assign it for African American Literature, Women’s Literature, Contemporary American Literature, Popular American Literature. The list goes on. On the creative writing syllabus it serves a dual duty—demonstrating great mastery of both the short story and the novel.

The structural and creative innovations by writers of color are often overlooked in favor of an examination and celebration of their content. However, the structure of The Women of Brewster Place both underscores and enhances its intellectual and cultural aspirations. In writing it, Naylor began the modern revival of the composite novel, a work in which stand-alone stories are joined to create a single work, each story building toward the climactic arc of the conventional novel. An early example is Sherwood Anderson’s Winesburg, Ohio, published more than 60 years previously, in 1919. For many years between the two, the form lay mostly dormant. Though her contribution is seldom acknowledged, Naylor’s work ushered in a renaissance, predating classics such as Love Medicine, The Things They Carried, and A Visit from the Goon Squad.

The composite novel affords each character her standing as an individual, granting her narrative autonomy. But despite the characters’ differences in class, generation, sexuality, and religion, their stories intersect and overlap—Ciel is the childhood friend of Mattie’s son, Basil; Etta Mae and Mattie are old friends; Kiswana invites Cora Lee to a production of A Midsummer Night’s Dream; and Ben, the doomed building superintendent, watches over them all like a tragic sentinel. Each woman’s story can be appreciated more comprehensively in the context of the others.

Perhaps this could be said of literature as a whole. While each novel in the entire world is its own discrete entity, each story is borne of a tradition.

Now, let us travel back a decade or two. In 2000, I was an unpublished writer. The Hurston/ Wright Foundation, then a new arts organization, was offering a prize for a short story. The judge was none other than Gloria Naylor. By then, I had read all of her novels: Linden Hills, a reimagining of Dante’s Inferno; Bailey’s Cafe, speculative yet grounded in reality; and Mama Day, the masterpiece that more than fulfilled the promise of her debut. When I received word that my entry had been chosen for the award, I felt that I had been anointed by an American genius. I cannot understate the effect on me, as an emerging artist, to have earned the approval of a writer and intellectual whose work redeﬁned the novel. This prize was the first I ever won and, in a sense, launched my career. But for me, the significance of this moment goes beyond professional recognition. This was about lineage. This was a sacred inheritance.

Gloria Naylor died in 2016, at the age of 66. She wasn’t a young woman, but I am still haunted by a sense that she left work undone. This, too, is an inheritance.

The Women of Brewster Place marked a watershed moment in black women’s storytelling, in American storytelling, in storytelling that knows no borders or hyphenation. I will not say that she captured or granted the humanity of the eight women who live on her pages—because humanity is neither captured nor granted. Rather, Naylor translated their complexity and vitality into language, rendering them beautiful in a way that injures and mends, all at once. 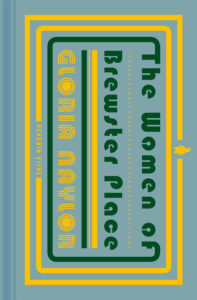 From The Women of Brewster Place by Gloria Naylor, published by Penguin Classics, an imprint of Penguin Publishing Group, a division of Penguin Random House, LLC. Foreword (C) 2020 by Tayari Jones.

Tayari Jones is the author of four novels, including Silver Sparrow, The Untelling, and Leaving Atlanta. Jones holds degrees from Spelman College, Arizona State University, and the University of Iowa. She serves on the MFA faculty at Rutgers and blogs on writing at www.tayarijones.com/blog. She lives in Brooklyn. 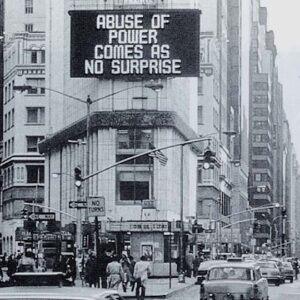 Performing arts are seductive; passion is central to their content and mode of influence. Because passions are everywhere...
© LitHub
Back to top
Loading Comments...