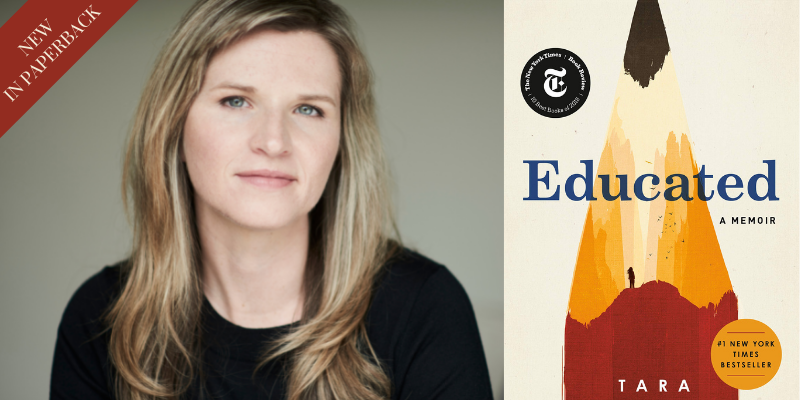 Rapid-fire book recs from the author of Educated

This week, we spoke to the author of Educated (out this week in paperback), Tara Westover.

Tara Westover: At this moment, probably The Sense of an Ending by Julian Barnes. I read it for the first time a few years ago, and I have read it several times since. I never tire of it; his language and point of view are just so captivating. It is a book full of beautiful ideas.

TW: I recently read Playing with Reality, a short book by the famous British psychoanalyst D.W. Winnicott. That book is about so many things, but at its core I suppose it is about early life and development—the habits we develop early on that define how we relate to ourselves and to others. A truly mind-blowing book!

TW: Last week I read H is for Hawk by Helen Macdonald for the second time. It was even better than I remembered it being.

TW: A memoir called Why Religion? by Elaine Pagels. Pagels is a scholar of ancient religious texts and philosophies. She suffered great losses in her life, and in her memoir she brings together her personal biography and her scholarly expertise, delivering a beautiful and thoughtful book about loss and meaning. I cried at several passages. Such a beautiful book.

TW: Well, technically it’s from this year, but I just got my hands on an advanced copy of Jennifer Egan’s new book, The Candy House. It’s a novel about technology, and it is a companion to her Pulitzer Prize-winning novel, A Visit From the Goon Squad. It does not disappoint. Egan is such a marvelous and inventive writer. I’m a huge admirer.

TW: Allison Bechdel’s Are You My Mother? Although it’s doubtful I would have understood it.

TW: I have become a little phobic of technology recently, as I have noticed the unhealthiness of my relationship with it. A bizarre and brilliant book that I love on this subject is Jaron Lanier’s You Are Not a Gadget.

TW: Madame Bovary. Somehow I have never read it!

TW: It’s quite possible that lot of people have heard of it, as I’m sure professors are assigning it in psyche classes, but last year I read Tali Sharot’s The Influential Mind and I can’t stop thinking about it. I love books about the mind, books that ask us what sort of creatures we are, and this is one of the best contemporary books on that subject.

TW: The other day, I found a book in my apartment which I had never seen before, and have no memory of buying. It was Second Place by Rachel Cusk. I opened it and read the first sentence and could not believe how beautiful it was. Cusk is an incredible writer. I am so grateful to whoever left it at my house!

Tara Westover was born in Idaho in 1986. She received her BA from Brigham Young University in 2008 and was subsequently awarded a Gates Cambridge Scholarship. She earned an MPhil from Trinity College, Cambridge, in 2009, and in 2010 was a visiting fellow at Harvard University. She returned to Cambridge, where she was awarded a PhD in history in 2014. Educated is her first book. 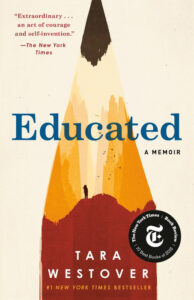 Inside the Strange World of the Meteorite Trade 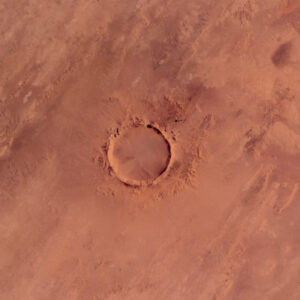 Inside the Strange World of the Meteorite Trade

When it comes to collecting meteorites, there is no doubt which area is king: all hail Antarctica. Since the first 1976–77...
© LitHub
Back to top
Loading Comments...