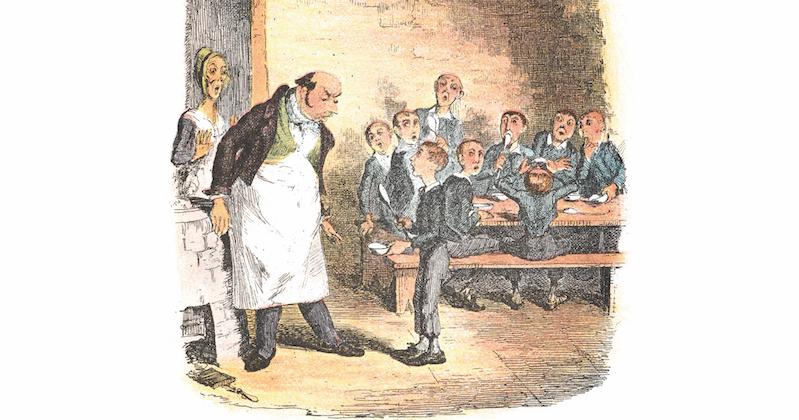 This week marked the 150th anniversary of Charles Dickens’s death. It was nice to learn that a fancy version of one of Dickens’ most beloved novels, Oliver Twist, will be coming out soon, but man. I wish I didn’t know he’d started writing it when he was only 25…

Early chapters of Oliver Twist, one of the first and most popular examples of the “social problem novel,” were serialized in a literary magazine, Bentley’s Miscellany. The story of a young, orphaned street lad running into other young, hapless, sadly criminal street lads in 19th-century London was an immediate hit and helped launch Dickens to international stardom.

When he broke from Bentley’s, Dickens literally forgot to take his Oliver Twist manuscript with him. Many of the original pages were recovered years later, though others were lost or destroyed.

A forthcoming facsimile version of the surviving 22 chapters (published by SP Books) shows some of Dickens’ own scribbled edits. You can see where the author crossed lines out, for example, replaced character names, and censored himself.

Can you read Dickens’ handwriting? 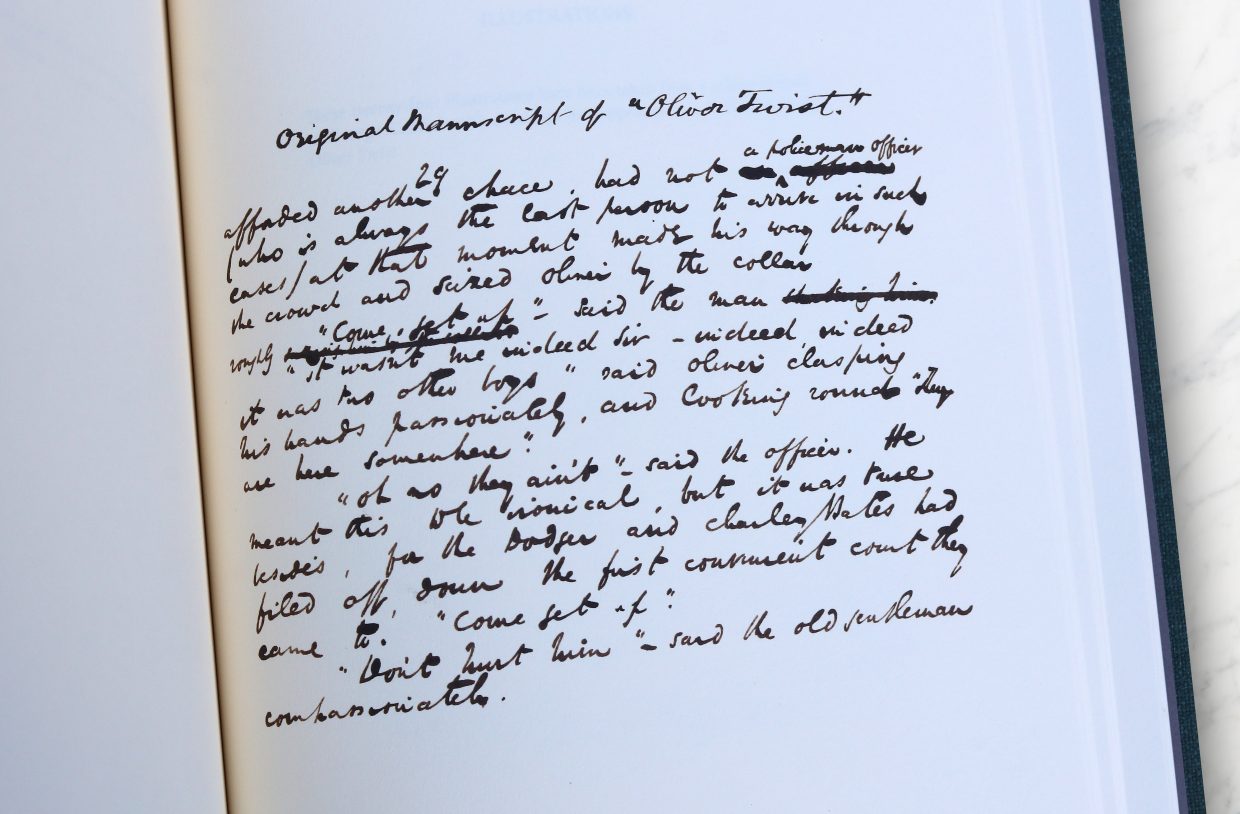 “I have perhaps the best subject I ever thought of . . . I have thrown my whole heart and soul into Oliver Twist, and most confidently believe he will make a feature in the work, and be very popular . . .” – Dickens wrote these lines in early 1837, when the first two chapters of Oliver Twist had just appeared in Bentley’s Miscellany. Image courtesy of SP Books. 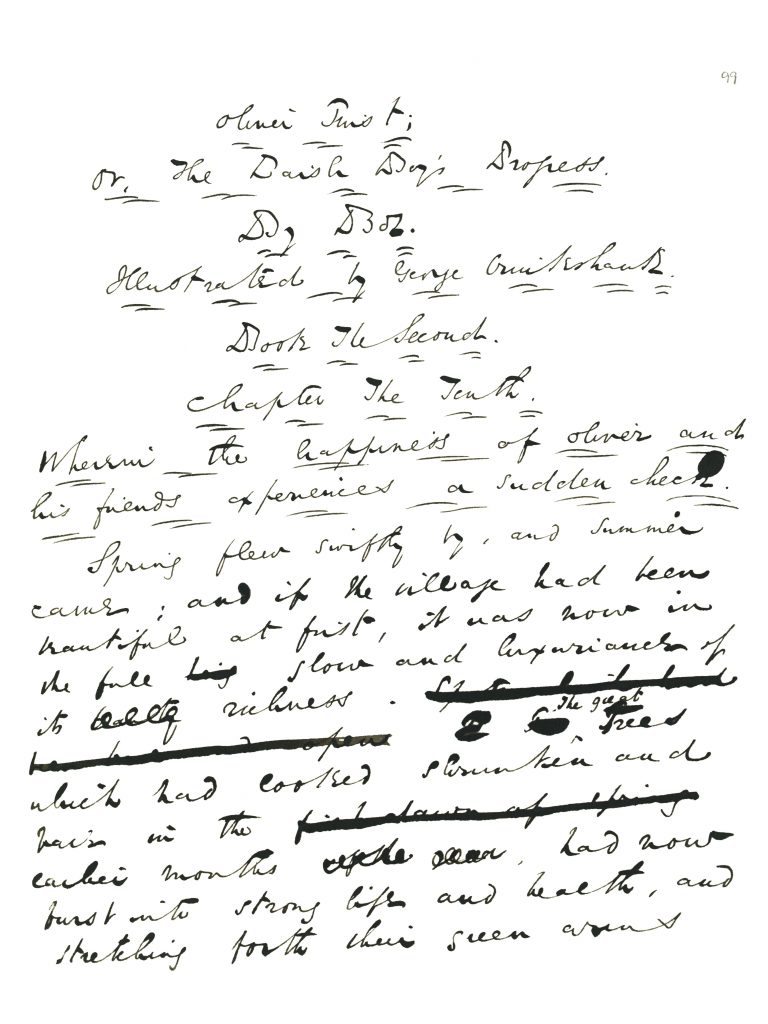 Each of the eight first installments is headed “Oliver Twist;/ or, the Parish Boy’s Progress. /By Boz./ Illustrated by George Cruikshank”, as in Bentley’s Miscellany. Image courtesy of SP Books. 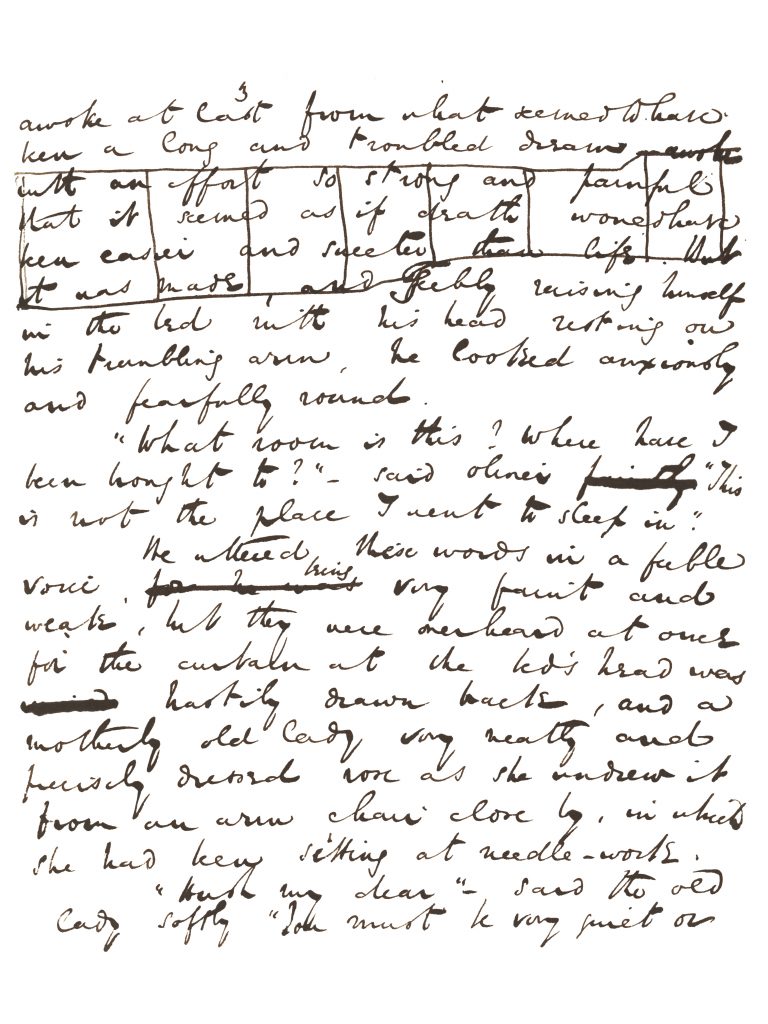