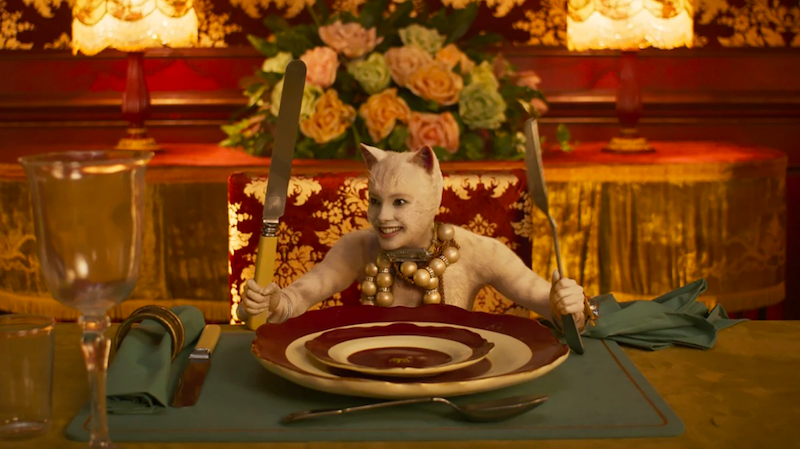 T. S. Eliot would have loved this version of Cats, no matter what the rest of us think.

But Clare Reihill, who handles Eliot’s estate, told The Guardian that she thinks the poet would have loved the film. “I don’t have to praise it, I could stay quiet and say nothing if I had doubts about it. But I genuinely love the oddness of it,” she said.

Everything has come from such a place of warmth. Eliot had written the poems for his godchildren, then Andrew Lloyd Webber had fallen in love with the book when he was a child, then Tom Hooper fell in love with the show when he was eight. Everything comes from such a sincere place. It’s quite unique to put that sort of budget against something that’s idiosyncratic. I think that should be celebrated because everything [nowadays] is franchises or sequels or formulaic, and here we have something so crazy.

We know he would have liked the lines because he wrote them. Then, he loved dance . . . his nickname at Harvard was Elbows Eliot, he loved dance so much. He also used to go to musical theatre all the time with [his wife] Valerie. So I can’t see how he wouldn’t have liked it, with all those things he loved being in one film. I think he would have had a sense of humor about it, he was very open-minded, he liked having his head blown. He was an unusual person and this is such an unusual thing.

She admitted, however, that “seeing Judi Dench’s face covered in fur is going to startle you, of course.” Of course.