On the Russian Doctor Who Treats His Characters Like His Patients

I love Maxim Osipov’s prose. I started rereading his stories and caught myself thinking that his prose now reads like something of a diagnosis: an accurate, unforgiving diagnosis of Russian life. Although the author is filled with love for a simple, human existence, he is simultaneously struck by how little this existence actually coincides with his own expectations. The drama of those raised by culture, raised by books. Culture normally protects us diligently from reality, but here it is hardly able to do so, because Osipov is a writer with a double vision: First, he is a doctor—a cardiologist—a profession directly related to time, to the impermanence of man; the heart is nothing more than time. And second, when you live in the provinces, it’s harder for culture to deceive you, harder for it to mask reality with fashionable ideas and superstitions—that of the “Russian world,” for example.

Out in the provinces, everything is in full view, more exposed—both human nature and the times beyond the window. And that’s why the author isn’t moved by the sight of the oh-so-familiar peasant when he sees him running naked through the streets, chasing his mother with an ax, “a crucifix dangling from his neck.” In another story, one of his characters (a policeman) explains to a writer—a naïve man, as he sees it—that murderers are “just your average people.” These stories tell of people who haven’t come to understand the meaning of their existence—what is it all for? Very few of us have, it must be said. The soul is forced to toil night and day. But who has the strength? The author relates to his characters as to patients; he asks them where it hurts and whether . . . in general, does it hurt in the soul? The Russian soul—yet another myth. In reality, there is but one soul; the real question is: Is there a person?

Russia as a country has overextended itself across an enormous territory, and it lives as though time had stopped. And any attempt to speed up time—the October Revolution, for example—has ended in bloodshed. When you delve into Osipov’s texts you see that they are deceptively simple, just like Shalamov’s: Behind this childish ordinariness there lies a hidden chasm. The whole time they leave you thinking how difficult it is to love humanity—wonderful, repulsive, and terrifying as it is—but in order to stay human, that’s exactly what you must do: You must love man. Your soul is restless—it is thinking. To inspire such thoughts—that’s something that only true literature can do. 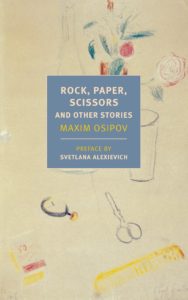 From Rock, Paper, Scissors and Other Stories by Maxim Osipov. Used with the permission of the publisher, New York Review Books. Preface copyright © 2019 by Svetlana Alexievich. Edited by Boris Dralyuk. Translated from the Russian by Boris Dralyuk, Alex Fleming, and Anne Marie Jackson.

A Brief History of the Women
Who Disappeared 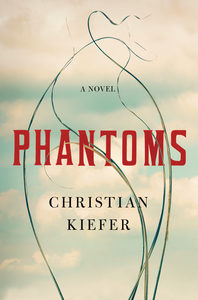 Ray Takahashi returned in August. By then we had put the whole thing behind us, or tried to, whatever concern or even guilt...
© LitHub
Back to top
Loading Comments...